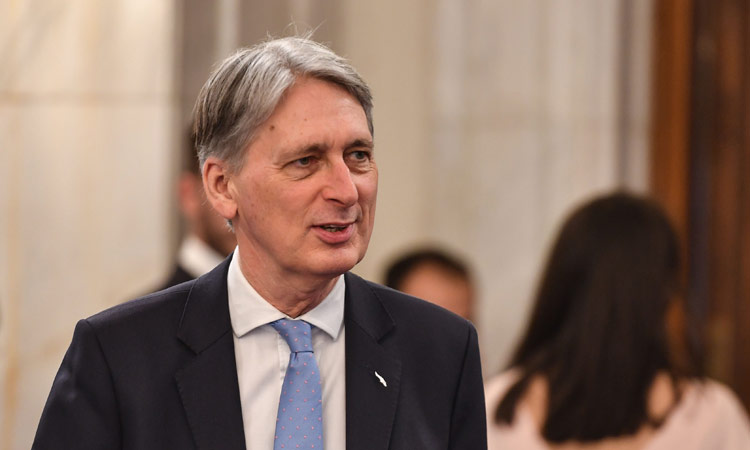 Talks between the British government and the main opposition Labour party aimed at breaking the deadlock over Brexit continue, finance minister Philip Hammond said on Saturday, adding he expected to reach “some form of agreement.”

The Labour party said on Friday talks with the government had made no progress as there was no “real change or compromise” from Prime Minister Theresa May's Conservatives.

But Hammond said he was optimistic about the talks.

“The conversations with the Labour party are continuing,” he told reporters on the sidelines of a meeting of European Union finance ministers in Bucharest.

“I am optimistic that we will reach some form of agreement with Labour,” he said, adding he expected the exchange of “some more texts today.”

He said the government had no red lines in the talks.

Hammond also signalled optimism about next Wednesday's EU summit on Brexit, saying most EU states agreed there was a need to delay Brexit.

May has written to Brussels asking EU leaders to postpone Britain's exit from the bloc next Friday until June 30.

The EU insists, however, she must first show a viable plan to secure agreement on her divorce deal in the deadlocked British parliament.

“Most of the colleagues that I am talking to accept we will need longer to complete this process,” Hammond told reporters in Bucharest.

“I am optimistic about the Council on Wednesday,” when EU leaders meet in Brussels to decide the next steps in the Brexit process, he said.