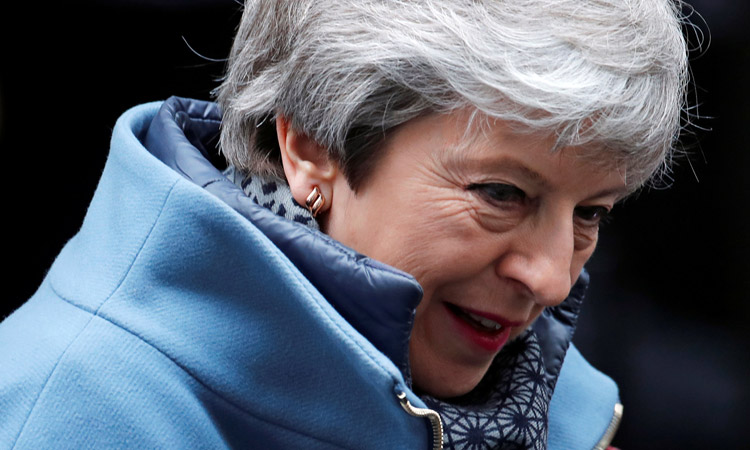 Theresa May leaves 10 Downing Street, as she faces a vote on alternative Brexit options in London. Alkis Konstantinidis/Reuters

LONDON: British Prime Minister Theresa May is expected on Wednesday to indicate a date for quitting as the price for getting her twice-defeated Brexit deal ratified, while parliament tries to select its own alternative from a multiple-choice list of options.

With British politics at fever pitch, lawmakers on Wednesday grab control to have so-called indicative votes on Brexit, with 16 options ranging from a much closer post-exit alignment with the EU to leaving without a deal or revoking the divorce papers.

Just two days before the United Kingdom had been originally due to leave the EU on March 29, some of the most influential Brexit-supporting rebels, such as Jacob Rees-Mogg, have reluctantly fallen in behind May's deal.

The price for May may be her job.

She is expected to indicate a date for her departure at a showdown with Conservative Party lawmakers at a meeting of the 1922 Committee in Westminster at around 1700 GMT. 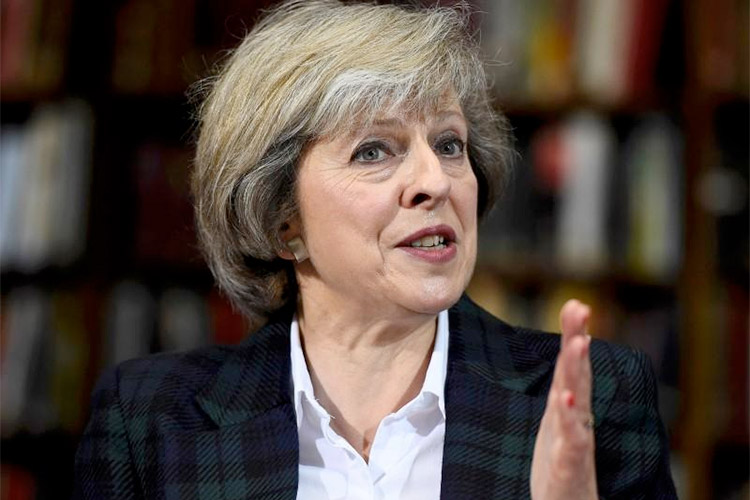 Britain’s opposition Labour Party said on Friday that talks with the government on a last-ditch Brexit deal had made no progress, as EU leaders said Prime Minister Theresa May had not convinced them that they should let Britain delay its departure next week.