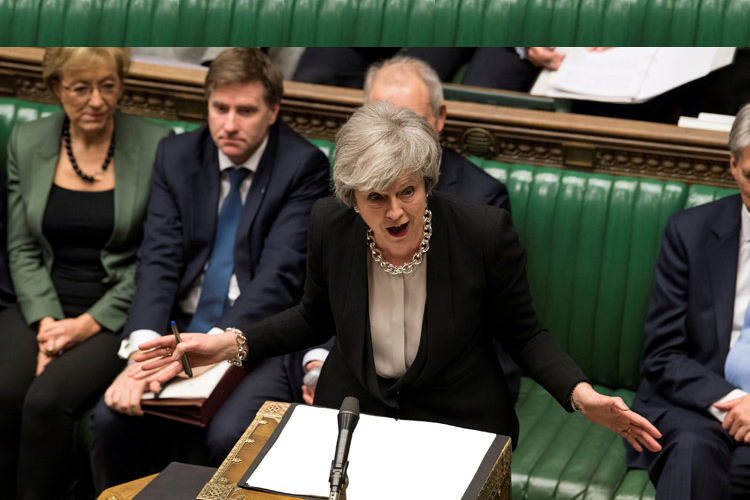 Britain's Prime Minister Theresa May speaks during a debate on her Brexit 'plan B' in Parliament, in London, Britain, January 29, 2019. File Photo/Reuters

LONDON: Prime Minister Theresa May admitted on Monday she had still not secured the votes needed to get her Brexit deal through parliament, raising again the prospect that Britain could crash out of the European Union (EU) in two weeks' time.

With the government's strategy in disarray, MPs are now expected to begin the process of charting their own way forward — with all options back on the table.

Anxious at the deepening political crisis in London, EU leaders last week agreed to postpone Brexit to avoid a potentially catastrophic "no deal" divorce on March 29, when 46 years of ties were formally scheduled to end.

But they warned that unless May can persuade MPs this week to support her twice-rejected withdrawal deal, Britain must come up with a new plan by April 12 — or leave its closest trading partner with no deal at all.

"It is with great regret that I have had to conclude that as things stand, there is still not sufficient support in the House to bring back the deal for a third meaningful vote," May told the House of Commons. 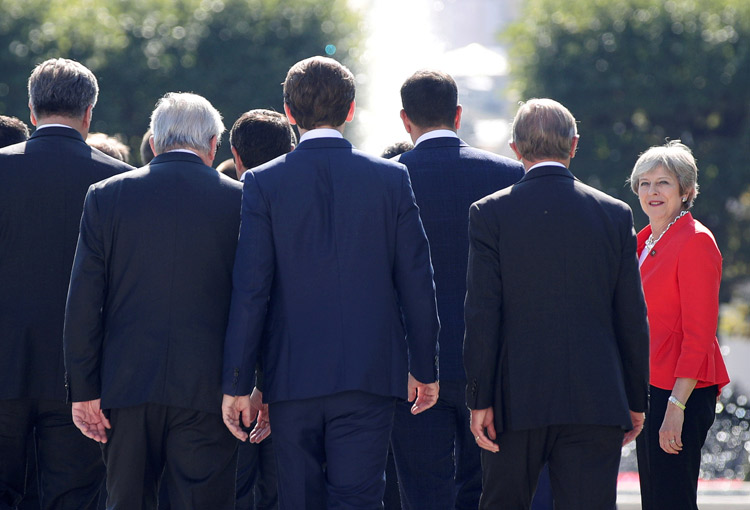 "I am reliably told that Theresa May told Boris Johnson, Iain Duncan Smith, Steve Baker, Jacob Rees-Mogg, David Davis et al at Chequers that she will quit if they vote for her deal, including the backstop they hate," ITV political editor Robert Peston wrote.

"But she gave no specifics. So there is not a lot of trust she would actually quit," Peston wrote.

May called rebel lawmakers including Boris Johnson, Jacob Rees-Mogg and Steve Baker to her Chequers residence on Sunday, Downing Street said, along with ministers David Lidington and Michael Gove.

The two ministers denied reports they were being lined up as a possible caretaker prime minister.

"The meeting discussed a range of issues, including whether there is sufficient support in the Commons to bring back a meaningful vote (for her deal) this week," a spokesman said.

May was told by Brexiteers at the meeting that she must set out a timetable to leave office if she wants to get her deal ratified, Buzzfeed reporter Alex Wickham said on Twitter.

"Clearly a number of people do not want the prime minister anywhere near the next phase of negotiations which is the future trading relationship between ourselves and the European Union," Nigel Evans told BBC radio.

The Sun's political editor, Tom Newton Dunn, said some ministers were urging May to pivot to a no-deal Brexit as the only way to survive in power.

To get it passed, she must win over at least 75 MPs: dozens of rebels in her Conservative Party, some Labour MPs, and the Northern Irish Democratic Unionist Party (DUP), which props up her minority government.

The Sunday Times reported 11 unidentified ministers agreed May should stand down, warning she has become a toxic and erratic figure whose judgement has "gone haywire".

Brexit had been due to happen on March 29 before May secured a delay in talks with the EU.

Now a departure date of May 22 will apply if parliament passes May's deal. If she fails, Britain will have until April 12 to offer a new plan or decide to leave without a treaty.

"I am reliably told that Theresa May told Boris Johnson, Iain Duncan Smith, Steve Baker, Jacob Rees-Mogg, David Davis et al at Chequers that she will quit if they vote for her deal, including the backstop they hate

Some lawmakers have asked May to name her departure date as the price for supporting her deal.

Lawmakers are due on Monday to debate the government's next steps on Brexit, including the delayed exit date. They have proposed changes, or amendments, including one which seeks to wrest control of the process from the government in order to hold votes on alternative ways forward.

Amendments are not legally binding, but do exert political pressure on May to change course.