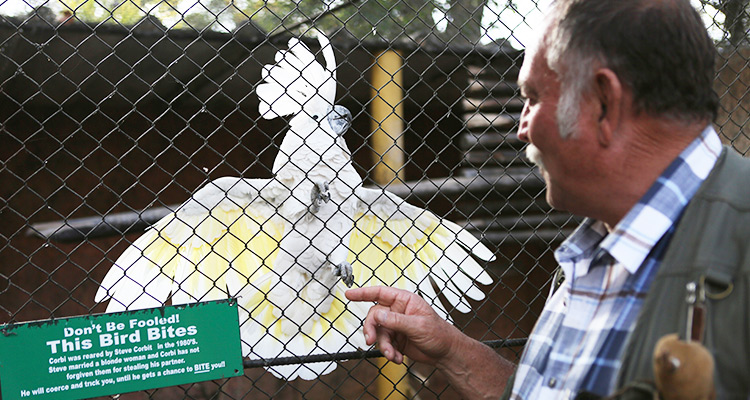 Gary Strafford, a Zimbabwean falconer, reacts with a parrot, at his bird sanctuary.

Nearby are a martial eagle, a black eagle, an Egyptian vulture and hundreds of other birds. With an estimated 400 species of birds on an idyllic spot on Zimbabwe's Lake Chivero, about 40 kilometers (25 miles) south of Harare, the Kuimba Shiri bird sanctuary has been drawing tourists for more than 15 years.

The southern African country’s only bird park has survived tumultuous times, including violent land invasions and a devastating economic collapse but the outbreak of coronavirus is proving a stern test.

"I thought I had survived the worst, but this coronavirus is something else,” said owner Gary Strafford. "One-third of our visitors are from China. They stopped coming in February ... and when we were shut down in March, that was just unbelievable.” 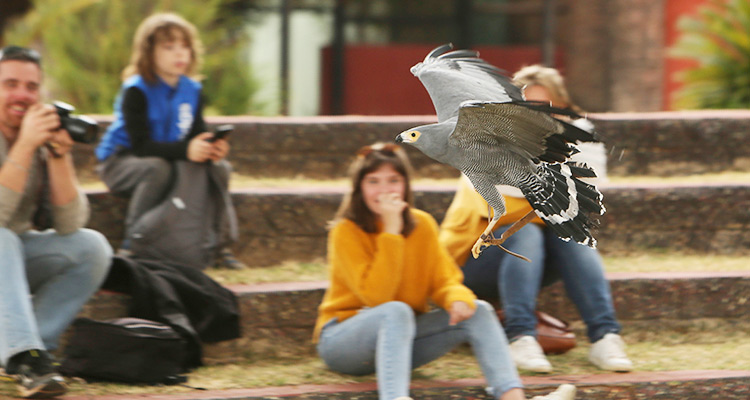 Visitors watch a bird in flight at the bird sanctuary Kuimba Shiri, near Harare, Zimbabwe.

A life-long bird enthusiast, Strafford, 62, established the center for injured, orphaned and abandoned birds in 1992 and tourism has kept the park going.

With Zimbabwe’s inflation rising to over 750%, tourism establishments are battling a vicious economic downturn worsened by the new coronavirus travel restrictions.

Zimbabwe’s tourism was already facing problems. The country recorded just over 2 million visitors in 2019, an 11% decline from the previous year, according to official figures. However, tourism remained one of the country’s biggest foreign currency earners, along with minerals and tobacco.

Now tourism "is dead because of coronavirus,” said Tinashe Farawo, the spokesman for the country’s national parks agency. National parks and other animal sanctuaries such as Kuimba Shiri are battling to stay afloat, he said.

"We are in trouble. All along we have been relying on tourism to fund our conservation ... now what do we do?” he asked. 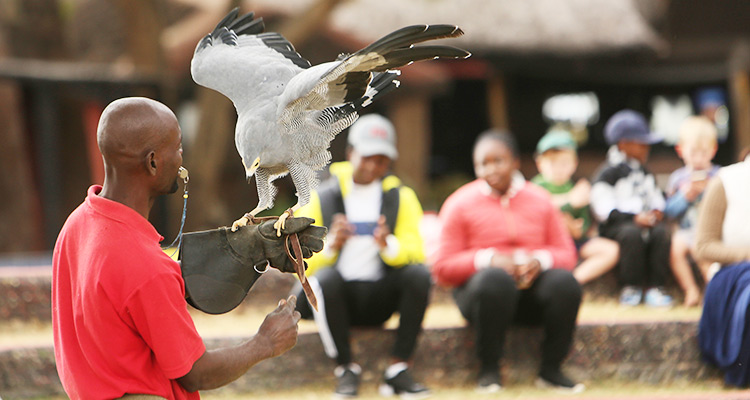 A bird handler prepares a bird for flight at the the bird sanctuary Kuimba Shiri, near Harare.

Kuimba Shiri, which means singing bird in Zimbabwe's Shona language, was closed for more than three months. It's the longest time the bird sanctuary, located in one of the global sites protected under the United Nations Convention on Wetlands, has been shut.

On a recent weekday, the only sound of life at the place usually teeming with children on school trips was that of singing birds perched on the edges of large enclosures. Horses, zebras and sheep fed on grass and weeds on the lakeshore.

A parrot standing on a flower pot at the entrance repeatedly shouted "Hello!”

"He misses people, especially the children,” said Strafford, who established Kuimba Shiri on the 30-acre spot on Chivero, the main reservoir for Harare. Now it is home to many rare species including falcons, flamingos and vultures. 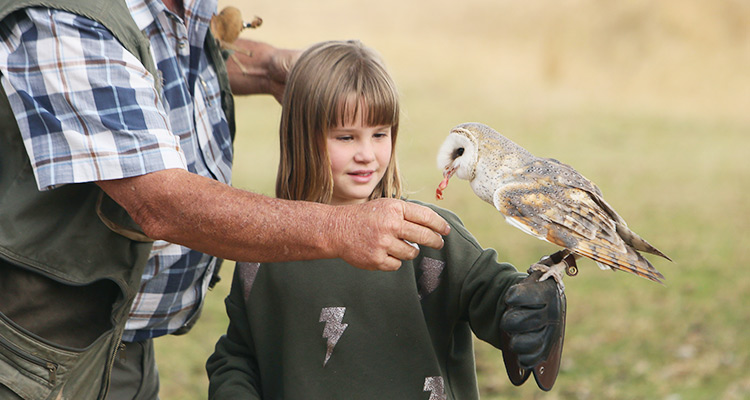 A child interacts with a bird at the bird sanctuary, Kuimba Shiri, near Harare, Zimbabwe.

"This place is a dream place for me,” he said.

Things turned nightmarish however when then president, the late Robert Mugabe, launched an often-violent land redistribution program in which farms owned by whites were seized for redistribution to landless Blacks in 2000.

Animal sanctuaries were not spared and Kuimba Shiri was targeted "30 to 40 times,” said Strafford. Eventually, the sanctuary was endorsed by Mugabe and returned to a measure of stability.

In 2009, Zimbabwe’s economy collapsed as hyperinflation reached 500 billion percent, according to the International Monetary Fund. The sanctuary struggled to make ends meet. Many birds starved to death while those that could fend for themselves were released into the wild.

"We sold our vehicles and a tractor to feed the birds. When it really got desperate we had to kill our horses,” he said. 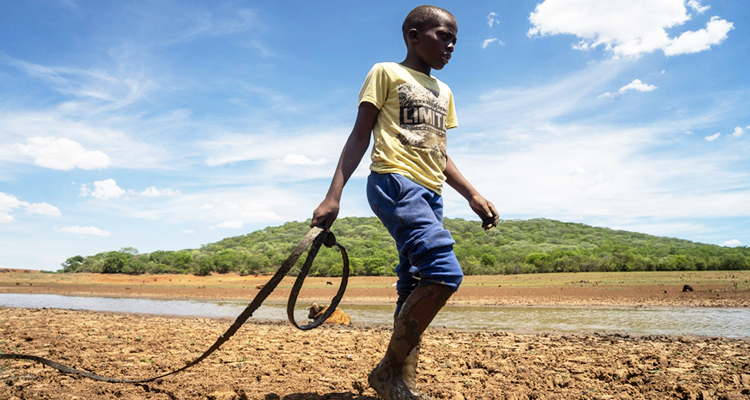 Families in the southern Zimbabwean city of Bulawayo are going up to four days without running water as drought dries the dams the city depends on, city council officials said.