Electric scooters in Latin America zip into the traffic - GulfToday

Electric scooters in Latin America zip into the traffic 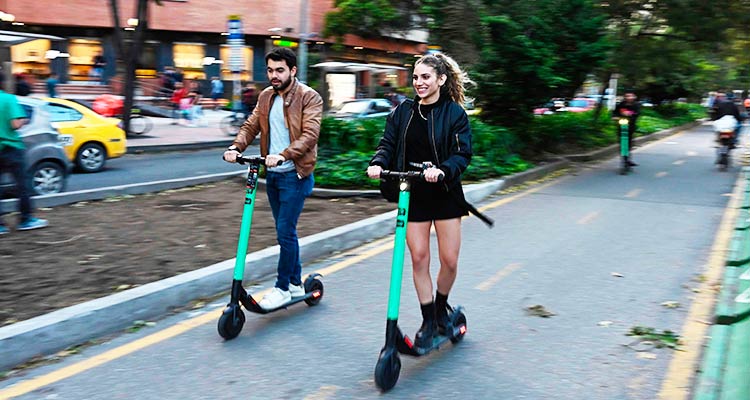 Electric scooters appeared in thousands on streets from Bogota and Lima to Sao Paulo and Mexico City, last year.

They have promised to revolutionize transportation in Latin America's traffic-clogged, smog-choked cities, but critics say they have only added to the free-wheeling chaos.

"Part of the problem in this city is that nobody respects anything.

For around half a dollar, plus a per-minute charge of about 10 US cents, anyone with a smartphone and a bank card can unlock these scooters and zip silently through the pandemonium of Latin America's biggest cities -- some of the world's most congested.

They then leave the mini-vehicles at their destination.

A man riding an electric scooter waits for motorcycles to pass by in Medellin.

The use of electric scooters is causing safety concerns.

Authorities in some countries have started implementing some kind of framework for their use.

As an added bonus, "monopatines" -- as they are known in Spanish -- help cut down on the notorious pollution plaguing the region's mega-cities by giving commuters an electric alternative, advocates say.

But, as it did in Europe and the United States, the scooters' arrival has also sparked controversy -- amplified, in the case of Latin America, by the sheer size of its cities and the anarchy on its roads.

Protests have erupted over the fact that riders tend to leave the vehicles in the middle of the sidewalk or even the street when they are finished -- sometimes blocking doors, driveways, ramps for the disabled or the streets themselves.

Latin American cities are starting to regulate scooters, albeit slowly.

Lima banned riding them on sidewalks. 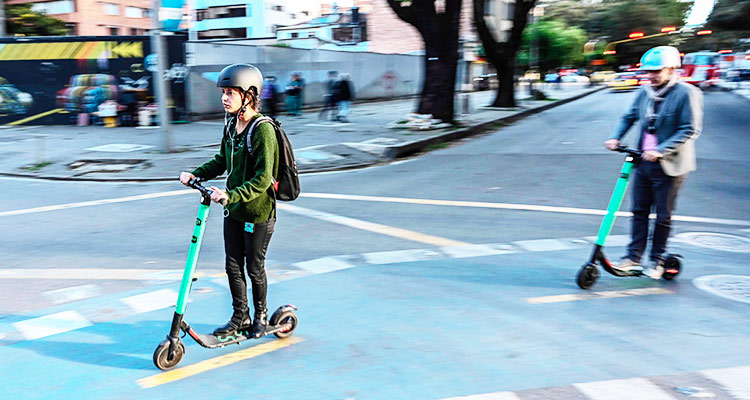 Critics say they pose a grave safety risk both for users and pedestrians.

Bogota required users to wear helmets, while Brazil imposed a speed limit of six kilometers (less than four miles) per hour in pedestrian areas and 20 kilometers per hour in bike lanes.

Mexico City recently restricted scooters to bike lanes or the street, recommended the use of helmets, imposed taxes on operators and placed limits on the number of scooters each firm can have.

"Sometimes people just leave them in the middle of the street."