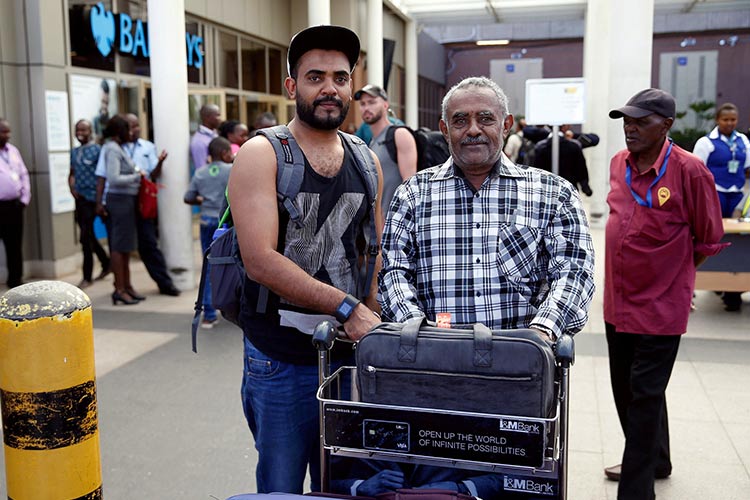 Bishoftu: A Nairobi-bound Boeing 737 crashed minutes after an early-morning takeoff from Addis Ababa on Sunday, killing all eight crew and 149 passengers on board, including tourists, business travellers, and at least one delegate to a UN meeting.

But for one family member waiting in Nairobi there was a happy ending.

Khalid Ali Abdulrahman was waiting for his son who works in Dubai and feared the worst when a security official told him the plane had crashed.
"I was shocked, but shortly after, my son Ahmed Khalid contacted me and told me he is still in Addis and did not board that flight, he is waiting for the second one which has been delayed."

An eyewitness said the plane came down in flames.

"The plane was already on fire when it crashed to the ground. The crash caused a big explosion," Tegegn Dechasa recounted at the site, littered with passenger belongings, human remains, and airplane parts around a massive crater at the point of impact.

"I was near the river near the crash site. Shortly after the crash police and a fire crew from a nearby air force camp came and extinguished the plane's flames on the ground," Dechasa said.
"The plane was in flames in its rear side shortly before the crash. The plane was swerving erratically before the crash."
The Boeing 737-800MAX was brand new, delivered to state-owned Ethiopian Airways on November 15, said the carrier, Africa's largest.