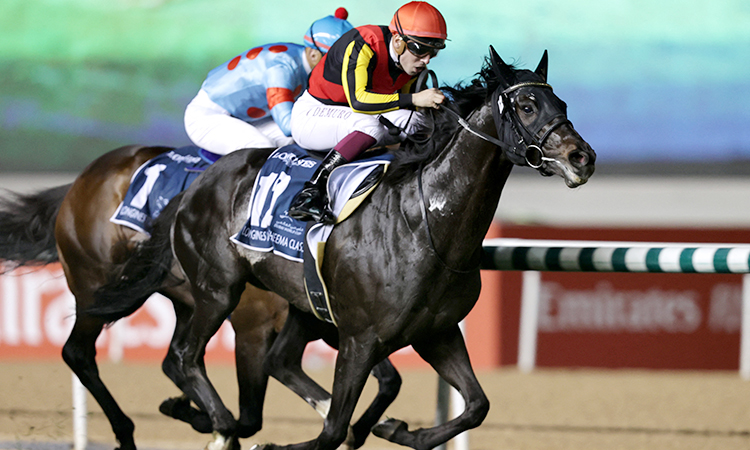 Shahryar provided Japan with a remarkable fifth winner on the night in the Group 1 Longines Dubai Sheema Classic, showing plenty of heart to hold off the British challenge of Yibir, who took second, and eventual fourth-placed Pyledriver in the closing stages.

It was a race which changed complexion around the bend for home, with the front-running Japanese challenger and third-place finisher authority slowly finding himself joined by several closers.

There were several hard luck stories, including Hukum, who was short of room at a key stage, but there was no denying Shahryar. He will now be aimed at this year’s Prix de l’Arc de Triomphe after providing Japan with a fourth victory in this race and the first since the Sei Ishizaka-trained and Ryan Moore-ridden Gentildonna  in 2014.

Winning trainer Hideaki Fujiwara, who had just been edged out in the Dubai Turf with third-placed Vin De Garde, said: “This horse was a winner of the Tokyo Yushun, the Japanese Derby, and that is as good a race as we have in Japan. I was confident that he wasn’t going to lose.

“It’s very normal for him to get on his toes before he races so I wasn’t too concerned and I had full faith in Cristian to handle the horse and take care of him during the race.”

He added: “It would be a dream for me to take this horse to the Prix de l’Arc de Triomphe. It is the race we want to win and it would mean so much to be able to take him there. That is our ambition and our aim.

Jockey Demuro said of his winning mount: “Before the race I knew I wanted to be behind Authority as I knew he would lead. We were able to get a nice position just behind him on the rail and when I pulled my horse out in the straight I knew he was going to win.

“For a moment he was a little lost in front, but we felt Yibir coming and I always believed we were going to get there.

“It is amazing to win a race like this. Amazing also to win on a Japanese horse. They are showing they are the best in the world.”

The Yoshito Yahagi-trained Panthalassa with Yutaka Yoshida on top and the Frankie Dettori-ridden Lord North, winner of the prize 12 months ago, finished in a dead-heat in the most thrilling finish on the night.

Crown Pride secured third victory for the Japan contingent after stealing the show in the Group 2 UAE Derby.

Rach The Crown Colt swept past Bhupat Seemar’s Summer Is Tomorrow to take the honours for trainer Koichi Shintani’s and rider Damian Lane.

The Godolphin trainer Saeed Bin Suroor’s Island Falcon with Patrick Cosgrave in the saddle took third ahead of another Satish Seemar runner Bendoog with Tadhg O’Shea atop.

Crown Pride becomes only the second Japanese runner to win the UAE Derby after Yutake Take won the prize on the Mikio Matsunaga-trained Lani in 2016.

Bathrat Leon returned to his very best form, much of which had deserted him during his three-year-old year, by giving Japan their second success in the Group 2 Godolphin Mile (sponsored by Nakheel).

The Yoshito Yahagi-trained four-year-old entered last year’s classic season at home as one of their leading contenders but emerged with a battered reputation and had not finished closer than ninth in six starts since taking the Group 2 New Zealand Trophy (1600m) at Nakayama in April.

Although he had struggled on Japan’s sandy dirt surface at his only attempt away from turf late last year, he appeared to relish the Meydan track, leading all the way at a fast clip under Ryusei Sakai to score by a length and a quarter over local Desert Wisdom with three and a quarter lengths back to the progressive Storm Damage in third. Another Japanese runner, Soliste Thunder, filled fourth.

Charlie Appleby’s Manobo, who was coming into the race undefeated in five starts, appeared to have the race in the bag when Yoshito Yahagi’s runner overcame the favourites in the last few seconds.

Lemaire said: “Once again the horse was brilliant today. I thought the race would be tough to win but we had a nice trip down on the inside.” 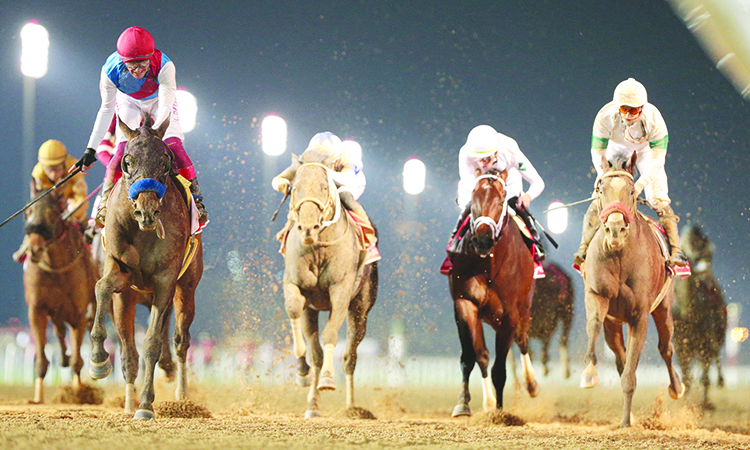 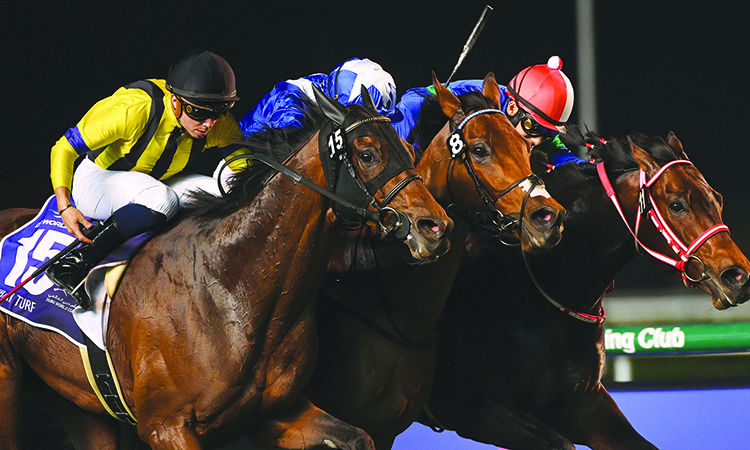 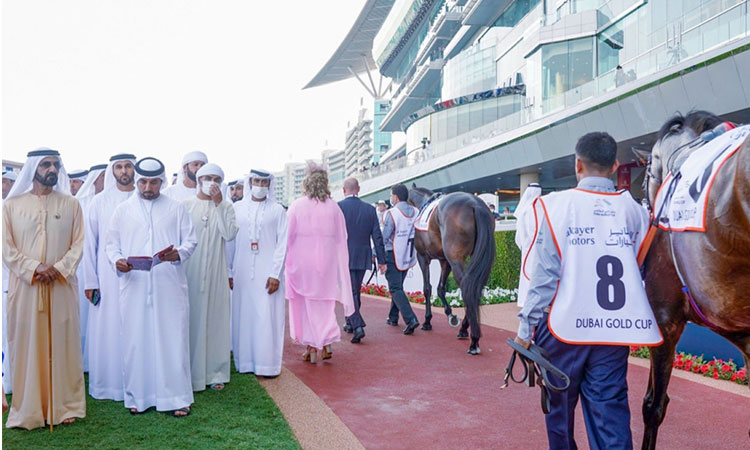 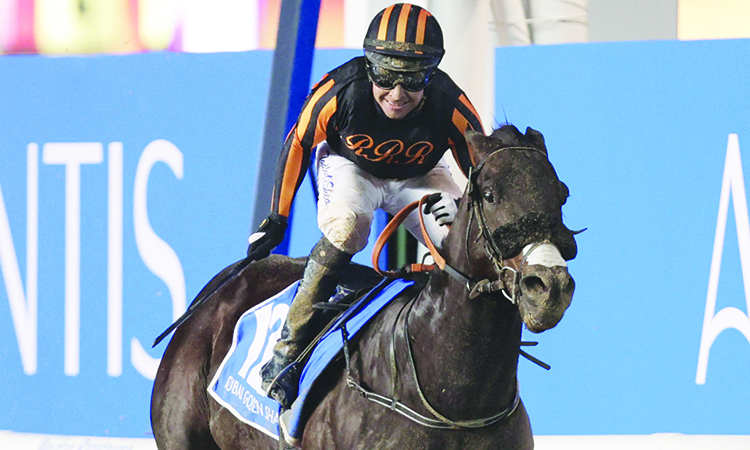