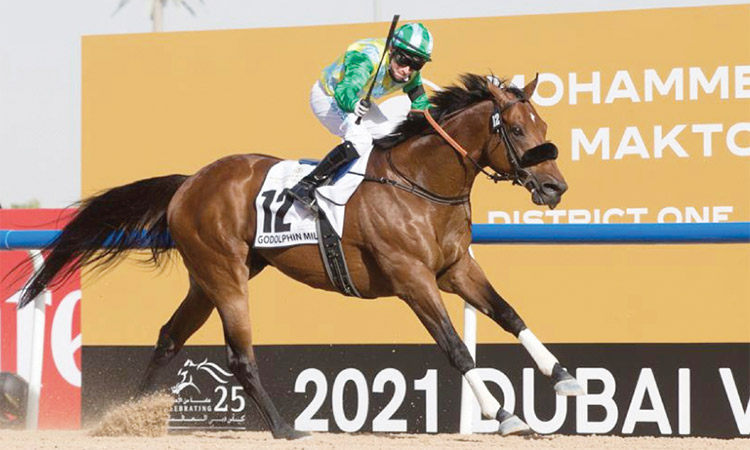 The Satish Seemar-trained 8-year-old made full use of his barrier position in stall 2 to lead the field from early in the race and clock a very quick time of 1:35:36 while recording a six-length success.

O’Shea, who afterwards dedicated the success to late Sheikh Hamdan Bin Rashid Al Maktoum, was keen to follow similar tactics to when the pair were impressive winners of the Group 3 Firebreak Stakes at Meydan back in February and those tactics certainly paid off as the horse recorded a career best.

Winning trainer Satish Seemar said afterwards: “All week I’ve been saying that in this race there was no more experienced horse for this distance. At the post position draw, he was prominent in every race they would show him in the videos. He’s the most deserving horse in this field and most experienced and it’s perfect. With us they improve as they get older and this has worked out well. As planned, Tadhg did it by the book. This is what we live for here in our jobs. Nothing better than having a winner on this night.”

Bursting with joy after the success was O’Shea, who paid tribute to the team at Zabeel Stables.

“I’m only a small part of big team, and it’s great for all the team and credit must go to them. Satish told me the other day he was the best horse in the race and how right he was,” said O’Shea.  “We tried 2000m with him last time and that didn’t work. I had a lovely gate today and luckily Secret Ambition was on his best behaviour and he wasn’t on the back foot jumping, so he broke well. I wanted to get to the lead if at all possible and luckily I was able to and it worked out good. I filled him up before I kicked. He went for his wind and had a nice breather, so I had plenty left and I felt if anyone came to me, he would pull out again.”

Dedicating the win to Sheikh Hamdan, the multiple champion jockey in Dubai added: “The whole racing world sadly lost Sheikh Hamdan this week and I want to dedicate this to him. It was when I was champion apprentice in Ireland in 2001 that Sheikh Hamdan sponsored a trip to Dubai and I’m coming back here ever since. I have been here a long time and it wouldn’t have been possible without him.” Doug Watson, trainer, Golden Goal said: “Fantastic for Golden Goal and his owner. I thought he deserved to be here and obviously we’re disappointed with the way Midnight Sands ran.

“It’s great for (owner) Dale Brennan. Maybe just a bit quick back for Midnight Sands. We usually give them four to five weeks in between, we couldn’t do that this year. He looked a little bit flat turning in. You could tell on the turn he (Pat Dobbs) was after him and normally he’s cantering. So I would have to guess that, it was coming back in three weeks.

He did great at home and he has been fantastic but he’s one of those horses you’d have to get four or five weeks in between races. We got next year hopefully,” Watson added. 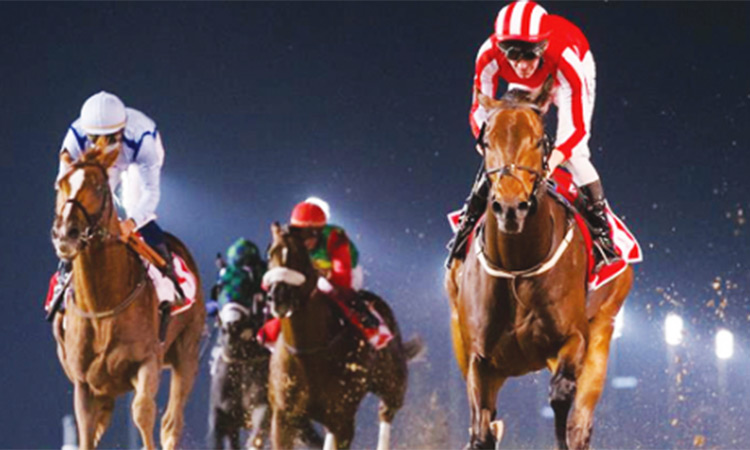 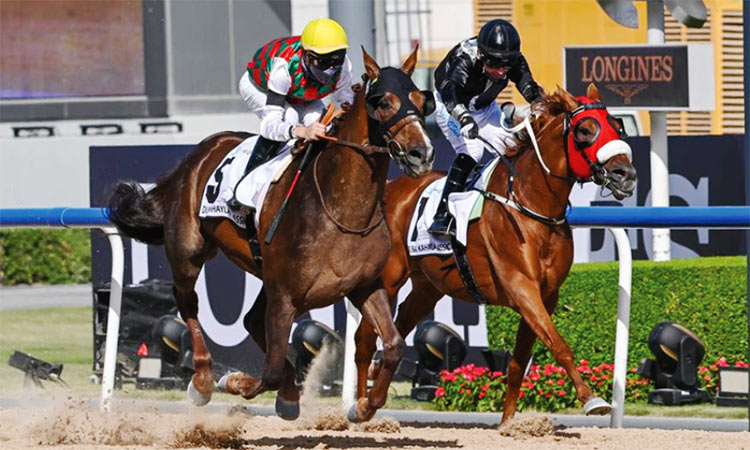