Khabib shares a picture with Sheikh Hamdan, says he would only return to UFC with mother’s blessing - GulfToday 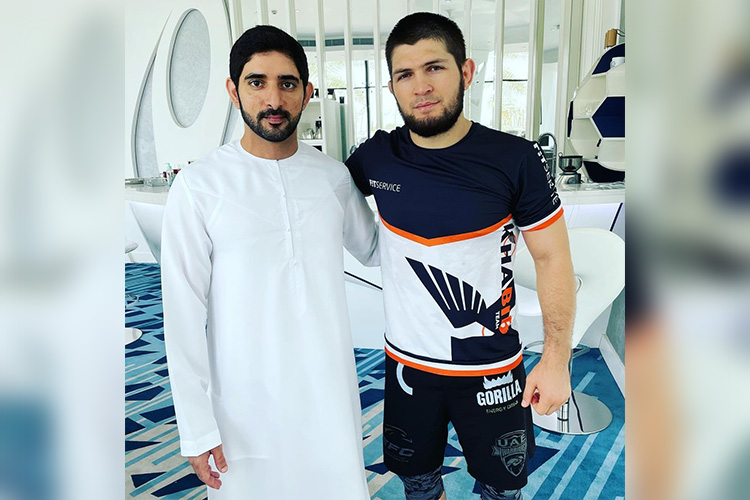 Khabib Nurmagomedov poses for a photograph with Sheikh Hamdan.

“It was good to see you after training my Friend 🤝 @faz3,” he captioned the image.

The champion has a huge fan following, with over 27 million followers on Instagram. 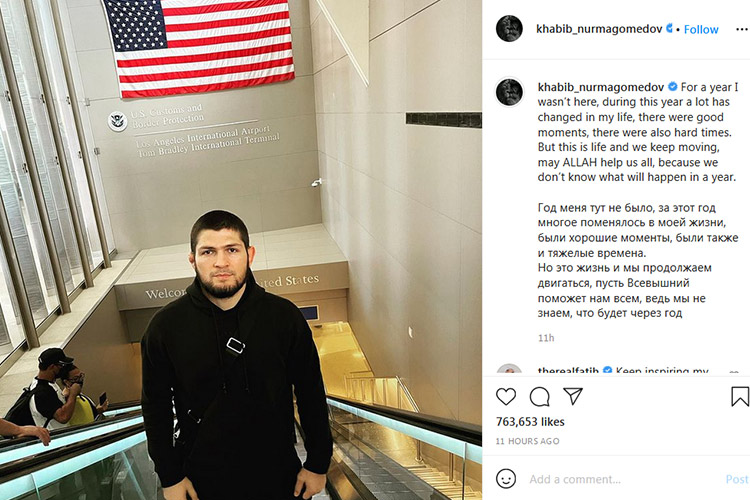 Nurmagomedov is back in the United States of America and has issued a statement on the past twelve months he’s spent abroad.

“For a year I wasn’t here, during this year a lot has changed in my life, there were good moments, there were also hard times. But this is life and we keep moving, may ALLAH help us all, because we don’t know what will happen in a year.” – Khabib wrote.

In October 2020, Khabib announced his retirement after defeating Justin Gaethje in the UAE capital.

After the fight, the Russian fighter said in an interview, “We have a lot of young generation guys to coach. We are going to come back on the top very soon. I’m going to help you. I always help you – how many years I help you coach?!”

Khabib has revealed that he would only come out of retirement with his mother’s blessing.