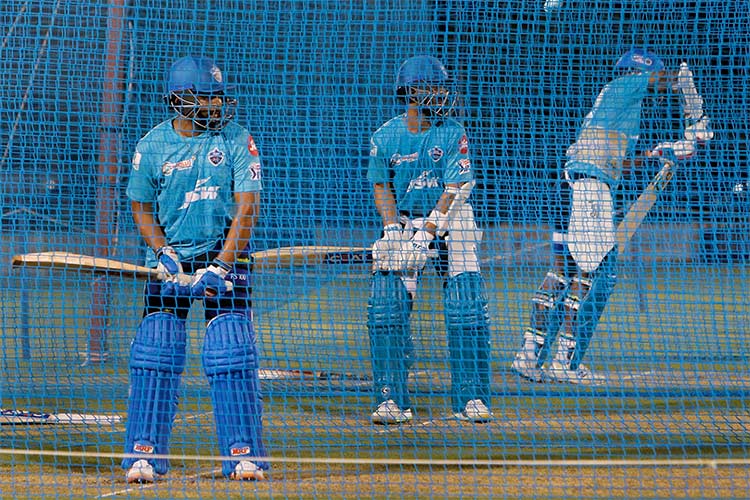 When the umpire shouts ‘play’ on Saturday evening to kick off the first game of the Indian Premier League 2020 between reigning champions Mumbai Indians (MI) and three-time title holders Chennai Super Kings, cricket lovers on the subcontinent and elsewhere will heave a sigh of relief.

The much-delayed 13th edition of the tournament – hosted this time around by Dubai, Sharjah and Abu Dhabi – will end months of uncertainty caused by a pandemic that seems to be in no hurry to leave the world alone.

There will be no spectators in the stands to egg the players on nor will teams have the chance to ride on home-crowd support to motivate themselves in pressure situations, many big boys of world cricket, including the likes of Virat Kohli, Keiron Pollard, David Warner and Eoin Morgan, will be out in the middle to peddle their proven wares.

On IPL 2020’s opening night, and over the seven weeks of the tournament, all eyes will be on CSK skipper Mahendra Singh Dhoni and MI captain Rohit Sharma as they go about marshalling their troops in a campaign that will bring cricket back into Indian living rooms.

MI and CSK are the two most successful IPL franchises. The former has won four titles, the latter one less. However, CSK is not just the only team that has a 100 per cent play-offs qualification record, it is also the sole IPL squad to have defended a title. It will be a clash of titans and well worth the wait!

Rohit Sharma will bank primarily on Keiron Pollard, who was in supreme form in the CPL where he led Trinbago Knight Riders to their fourth title. He has two other all-rounders in the ranks – the brothers Pandya, Hardik and Krunal. South African wicket keeper-batsman Quinton de Kock and pace spearhead Jasprit Bumrah, regarded as the best T20 bowler in the world, will also be crucial parts of the MI arsenal.

CSK’s batting may not look formidable on paper this year but with Dhoni at the helm expect the team to keep punching above its weight all through the tournament. Their line-up does have Shane Watson and Faf du Plessis at the top of the order.

CSK’s pace bowling is led by new acquisitions Josh Hazlewood and Sam Curran, while a pack of quality spinners (Imran Tahir, Ravindra Jadeja and Mitchell Santner) will be relied upon to keep them in the game when other options fail.

What of the other six teams in IPL 2020? Sunrisers Hyderabad (SRH), with their consistency, and Kolkata Knight Riders (KKR), with their high entertainment quotient, will be expected to be in the title race. And can a team led by current India captain Virat Kohli – Royal Challengers Bangalore (RCB) – ever be pushovers?

SRH has reinstated David Warner as captain. He will bat at the top of the order alongside Jonny Bairstow, with whom he formed a highly productive partnership last year. The franchise’s middle-order has New Zealand skipper Kane Williamson, Manish Pandey and Mitchell Marsh. Bhuvaneshwar Kumar will be the kingpin of their bowling attack.

KKR, owned by Shahrukh Khan and led by Dinesh Karthik, have the explosive Eoin Morgan and Tom Banton in the batting line-up, with Indian youngster Shubman Gill lending solidity to the middle-order. The franchise has added two fast bowlers to its repertoire – Pat Cummins and Lockie Ferguson – but they will still rely a great deal on all-rounders Andre Russell and Sunil Narine.

RCB is a strong squad that has flattered to deceive. Besides Kohli, they have AB de Villiers and Aaron Finch. The trio has the firepower to help the team post big totals. They have also signed Dale Steyn and Chris Morris to bolster their bowling. RCB fans will hope that the team will end its title drought this year.

Rajasthan Royals, the winners of the inaugural IPL in 2008, has floundered since then. They have changed their combination to a significant degree, roping in England pacer Tom Curran and South African limited-overs specialist David Miller. That apart, the Royals are led by Steve Smith and have batsmen like Jos Buttler and former KKR player Robin Uthappa and bowlers of the quality of Andrew Tye and Jofra Archer.

Kings XI Punjab has a new captain in KL Rahul, who will team up with Chris Gayle at the top of the order. Glenn Maxwell is also in the mix. For underachievers Delhi Capitals, seasoned India pro Shikhar Dhawan, skipper Shreyas Iyer, opening bat Prithvi Shaw and gloveman Rishabh Pant will be the mainstays.