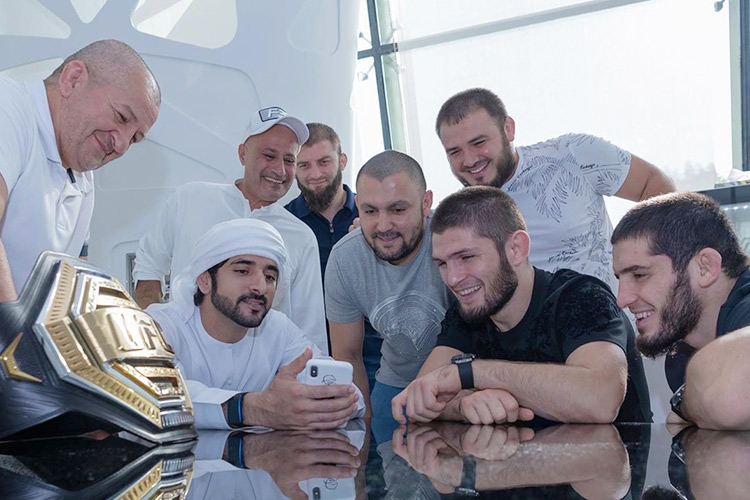 Sheikh Hamdan captioned the images with an eagle emoji.  Khabib is known as the Eagle. 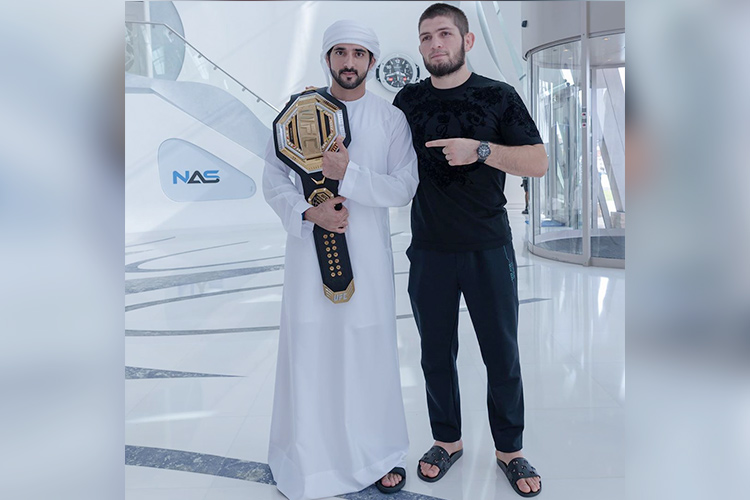 One of the photos shows Hamdan sharing a light moment with Khabib, his father Abdulmanap and the entire team members.

Another photo shows Hamdan striking a pose with Khabib and his UFC title. 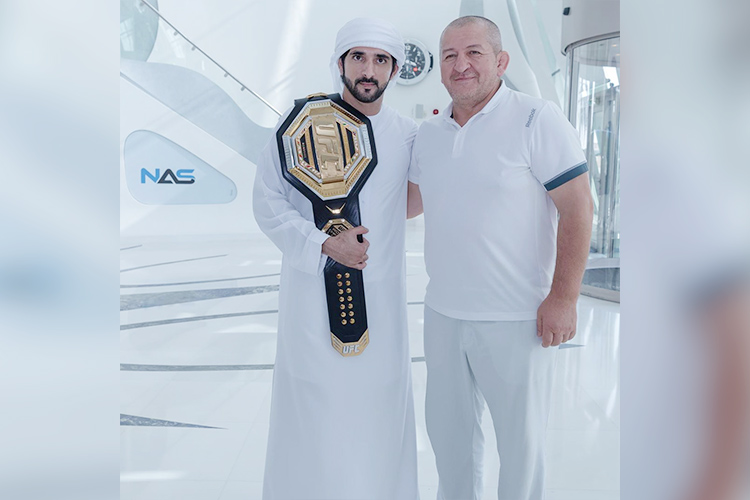 The complex is equipped with state-of-the-art gear and training grounds.

Khabib stopped Dustin Poirier by submission in the third round in last Saturday night’s UFC 242, retaining his lightweight title and unbeaten record.

After dominating Poirier with wrestling and grappling throughout the bout at Yas Island, Khabib (28-0) landed a rear naked choke and forced Poirier to tap midway through the third. 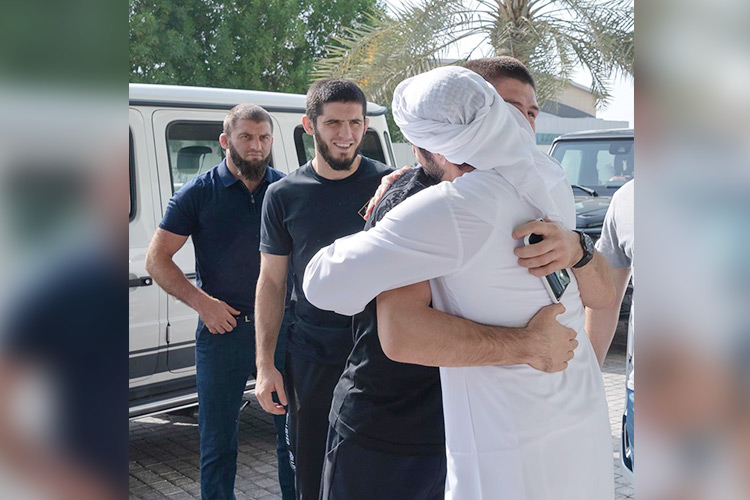 The Dagestan-born Russian fighter returned almost flawlessly for his first fight since beating Conor McGregor in October 2018. Khabib has stopped three of his last five opponents by submission, and he is challenging Jon Jones and Amanda Nunes for unofficial pound-for-pound supremacy in mixed martial arts.

"MMA is about respect, this is what we showed tonight," Nurmagomedov said about the fight. 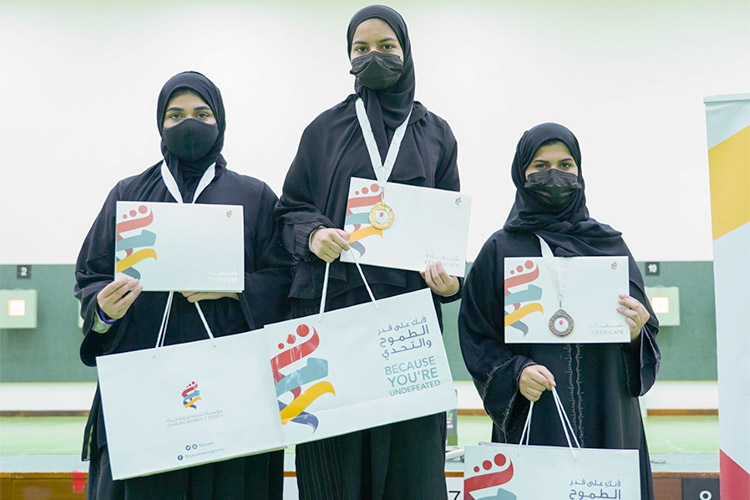 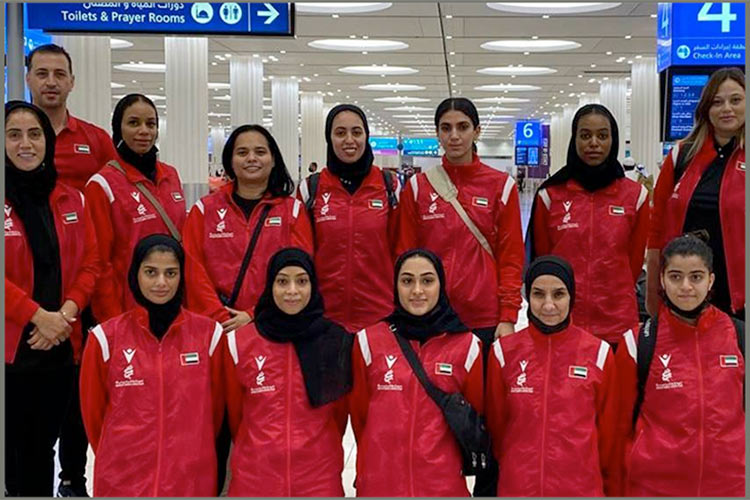