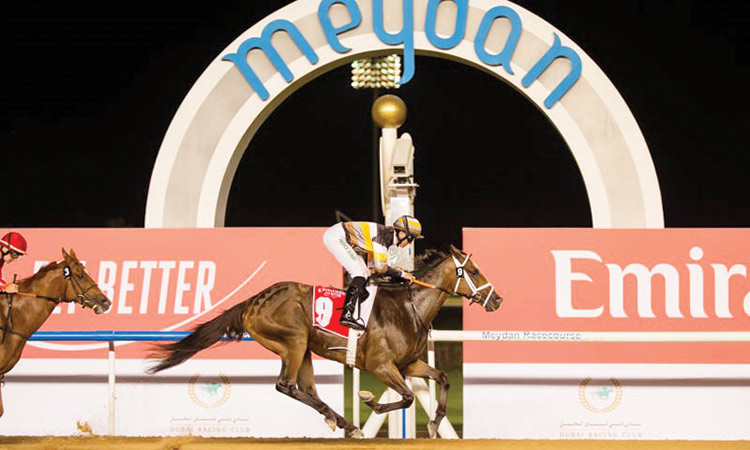 The final meet at Meydan on Friday will bring the curtains down on UAE’s racing season.

He was then third on his only subsequent start in the Group 3 Darley Stakes at Newmarket, 181 days ago. He is now in the care of trainer Doug Watson.

“He was a bit late coming in, but is a really nice new horse in the yard,” Watson said. “We hope he’s a Dubai World Cup Carnival horse for next year. He has been training very well and this looked a good opportunity to get a run into him this season. We really like him.”

South African Mike de Kock saddles four, including two who were most recently seen contesting the Group 1 $6 million Dubai Turf sponsored by DP World on the Dubai World Cup card when Yulong Prince was tenth, two places behind stablemate Majestic Mambo, whom he had beaten in the Group 1 Daily News 2000 at Greyville last July. The mounts of Bernard Fayd’Herbe and Adrie de Vries, respectively, they are joined in the field by stable companions Yakeen and Royal Crusade, who were both well beaten on their UAE debuts at Meydan a week ago in a 1600m turf race landed by Ajwad.

Ridden by Bernardo Pinheiro for Rashed Bouresly, Ajwad, a 6-year-old entire by Rock Of Gibraltar, never saw another rival on that occasion, but has to prove his stamina for this extra 400m.

Erwan Charpy saddles both Blue Sovereign, a maiden after just four starts, and Logrado, a 2000m dirt Grade 1 winner in his native Argentina, but well beaten in both UAE outings, albeit the Group 1 Al Maktoum Challenge R3 and Group 2 Godolphin Mile.

Charpy said: “The 1600m was too short last time and this 2000m suits him much better. There was not a dirt race for him over this trip, but he has form on turf, so we hope can run well. Blue Sovereign is improving and learning all the time. This is a big step up, but we think he is going to be a nice horse.”

The main support race, over the same 1600m dirt course and distance as the Godolphin Mile, is the Meydan Mile sponsored by Azizi Riviera for which eight have been declared, including Watson duo Thegreatcollection, the mount of Adrie de Vries, with Pat Dobbs opting to partner stable companion Galvanize.

The former was a course and distance winner on his latest start, a month ago, whereas Galvanize won over track and trip in December but was then behind Thegreatcollection in races won by subsequent Group 1 Al Maktoum Challenge R3 winner Capezzano before seemingly finding 2000m too far when last seen at the end of February.

Watson said: “Both are in very good form and ready for their final runs of the season. We would like to hope both have good chances.”

Charpy is also doubly represented, with Silver Look seeking a first local victory at the seventh attempt, and Moqarrar, who made his first dirt outing a winning one when landing a handicap over this course and distance in January.

Charpy said: “We have given Moqarrar a bit of a break and he seems in great form. Drawn one is a bonus and he should run well. Silver Look ran on turf last week, but should be happier back on dirt and should also have a chance.”

Before racing at Al Ain on Thursday, O’Shea, who is suspended and misses that fixture, is six clear of Mullen as he seeks to retain his jockeys’ championship title. A fascinating tussle has been ongoing all season and could still only be decided after the very last race of what has been an extended UAE season with racing in April for the first time since 2006. 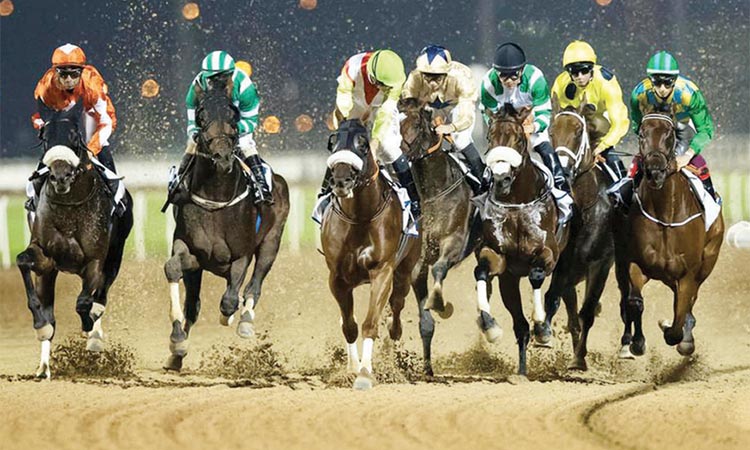