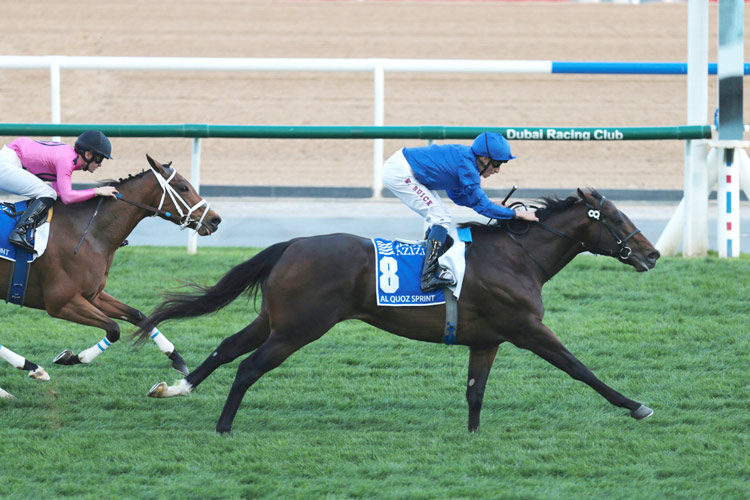 Blue Point ridden by William Buick during the race.

DUBAI: Blue Point stamped his claim to being the best sprinter on the planet when he stormed to victory in the 1200m Al Quoz Sprint sponsored by Azizi Developments (G1).

This was Blue Point's second Group 1 victory, adding to his win in the 1000m King's Stand Stakes at Royal Ascot last June, and it hardly looked in doubt as he cantered up towards the leaders at the 300m. Once Buick shook the reins, it took only a handful of strides before he had the pacesetters in his sights.

As has been the case so often in recent years, the American sprinters were so close without finding the winner's stall. The Peter Miller-trained duo Belvoir Bay and Stormy Liberal looked likely at the 300m to give the United States their first victory in the Al Quoz Sprint before being overhauled by the classy winner.

Blue Point scored by a length and a quarter over Belvoir Bay, with a further three-quarters of a length back to Stormy Liberal in third. The Australian mare Viddora finished six lengths behind the winner in fourth.