With flowers and a gun salute, Japan bids farewell to Abe at state funeral - GulfToday 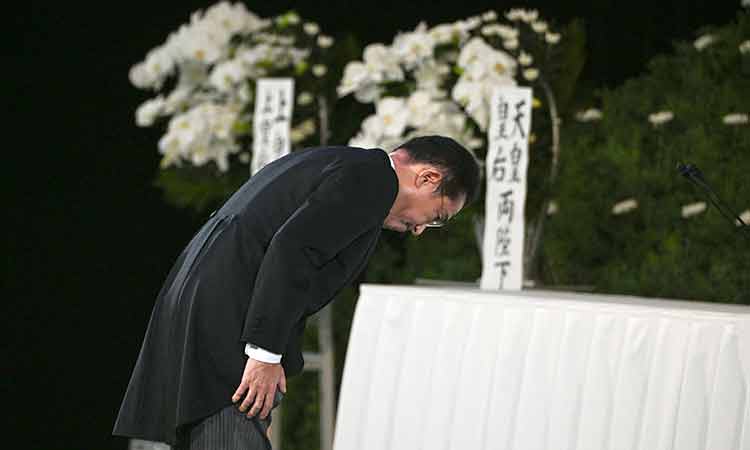 Japan's Prime Minister Fumio Kishida bows toward the altar at the state funeral for former Japanese prime minister Shinzo Abe at the Nippon Budokan in Tokyo on Tuesday. AFP

With flowers, prayers and a 19-gun salute, Japan honoured slain former Prime Minister Shinzo Abe on Tuesday at the first state funeral for a former premier in 55 years — a ceremony that has become as divisive as he was in life.

Abe's killing at a July 8 campaign rally set off a flood of revelations about ties between lawmakers in the ruling Liberal Democratic Party (LDP) he once ran and the Unification Church, which critics call a cult, sparking a backlash against current premier Fumio Kishida.

With his support ratings dragged to their lowest ever by the controversy, Kishida has apologised and vowed to cut party ties to the church. 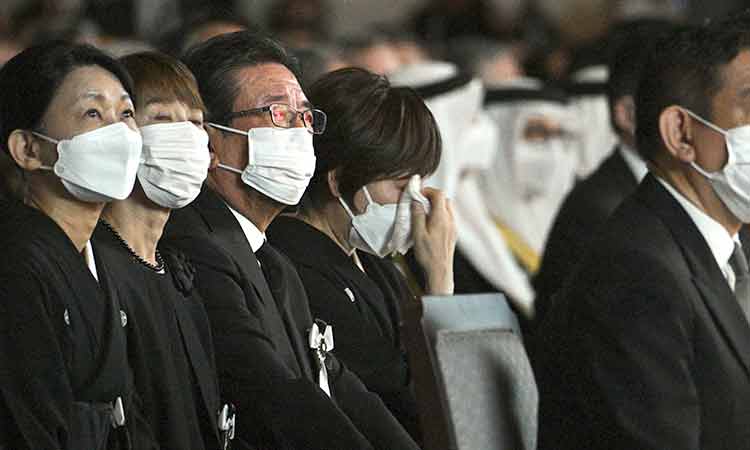 But opposition to honouring Abe with a state funeral, the first such event since 1967, has persisted, fed by an $11.5-million price tag to be borne by the state at a time of economic pain for ordinary citizens.

In one part of downtown Tokyo, protesters waved signs and chanted "No state funeral" to the tune of a guitar.

But thousands of mourners flooded to the funeral venue from early morning, forcing organisers to open the hall half an hour early. Within hours, about 10,000 people had laid flowers and bowed in silent prayer before Abe's picture, television showed, with far more waiting in three-hour long queues.

"I know it's divisive and there are a lot of people against this, but there were so many people lined up to offer flowers," said Yoshiko Kojima, a 63-year-old Tokyo housewife. 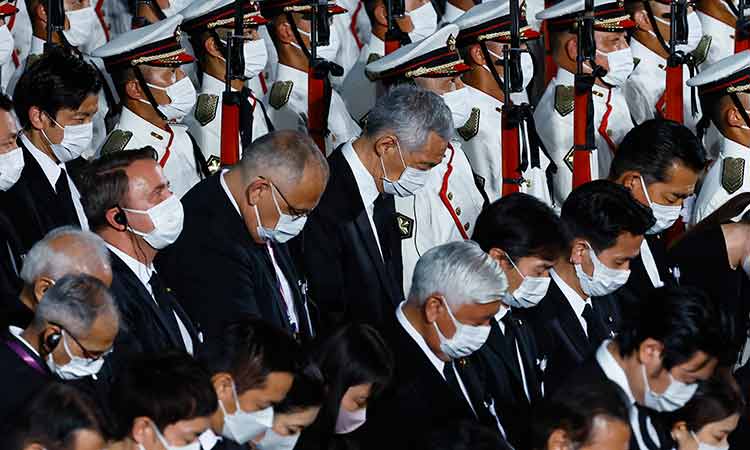 "I felt that now the funeral is actually taking place, many people have come out to pray for him."

Inside the Budokan, better known as a concert venue, a large portrait of Abe draped with black ribbon hung over a bank of green, white and yellow flowers. Nearby, a wall of photos showed him strolling with G7 leaders, holding hands with children and visiting disaster areas.

A moment of silence was followed by a retrospective of Abe's political life and speeches by leading ruling party figures, including Kishida and Yoshihide Suga, Kishida's predecessor as prime minister.