Voting to wrap up in Russia-held areas of Ukraine - GulfToday 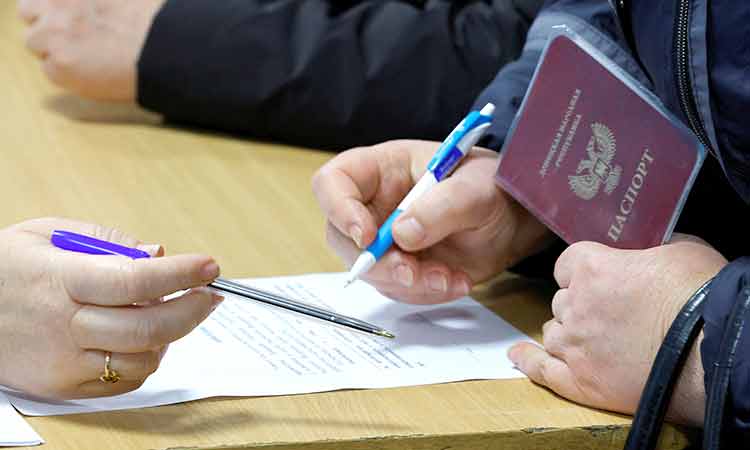 A voter fills in documents at a polling station during a referendum in Donetsk, Ukraine, on Tuesday. Reuters

The final day of voting was taken place in Russian-held regions of Ukraine Tuesday, a referendum that is expected to serve as a pretext for their annexation by Moscow but that is rejected as a sham by Kyiv and its Western allies.

The five-day voting, in which residents are asked whether they want their regions to become part of Russia, has been anything but free or fair. Tens of thousands of residents had already fled the regions amid the war, and images shared by those who remained showed armed Russian troops going door-to-door to pressure Ukrainians into voting.

The balloting on Tuesday was held at polling stations. 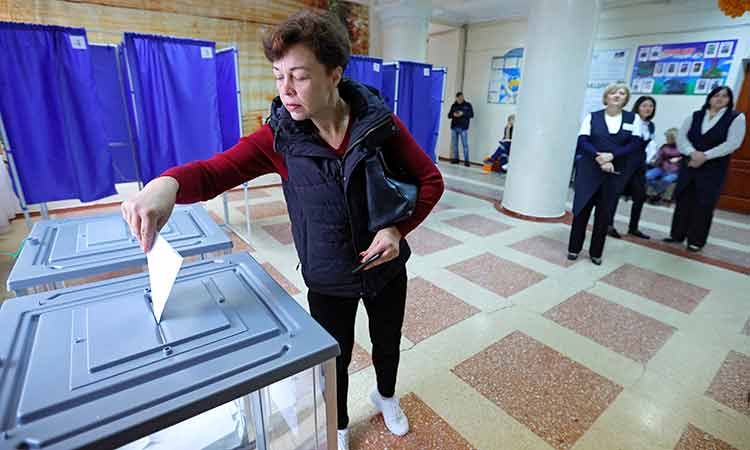 A woman casts her ballot at a polling station during a referendum in Donetsk, Ukraine, on Tuesday. Reuters

Russian media also speculated that Putin may follow up on last week's order of partial mobilization by declaring martial law and shutting the nation's borders for all men of fighting age.

The mobilisation has triggered a massive exodus of men from the country, fueled protests in many regions across Russia and sparked occasional acts of violence. On Monday, a gunman opened fire in an enlistment office in a Siberian city and gravely wounded the local chief military recruitment officer. The shooting came after scattered arson attacks on enlistment offices.

Ukrainian President Volodymyr Zelensky on Monday once again decried the Russian mobilization as nothing more than "an attempt to provide commanders on the ground with a constant stream of cannon fodder.” 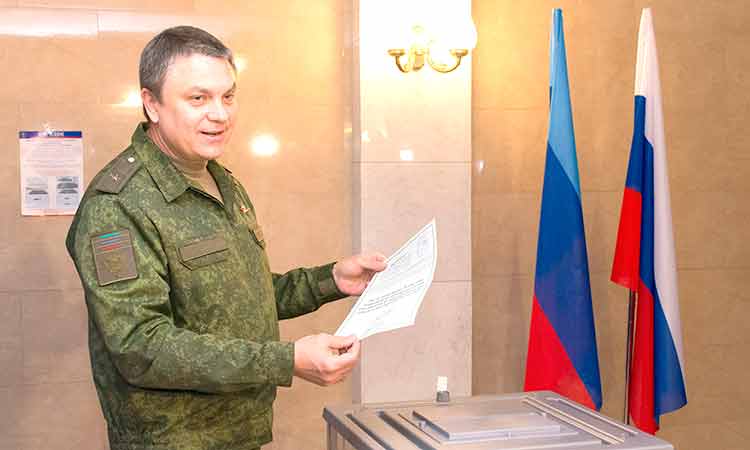 Zelensky vowed that the Ukrainian military will push efforts to take back "the entire territory of Ukraine,” and has drawn up plans to counter "new types of weapons” used by Russia.

Putin has warned that once the Russia-held regions are absorbed, Moscow will defend its territory with "all available means," including nuclear weapons, raising fears of a sharp escalation of the seven-month conflict.

Jake Sullivan, the US national security adviser, said Russia would pay a high, if unspecified, price if it made good on veiled threats to use nuclear weapons in the war in Ukraine.

"If Russia crosses this line, there will be catastrophic consequences for Russia. The United States will respond decisively,” he told NBC. 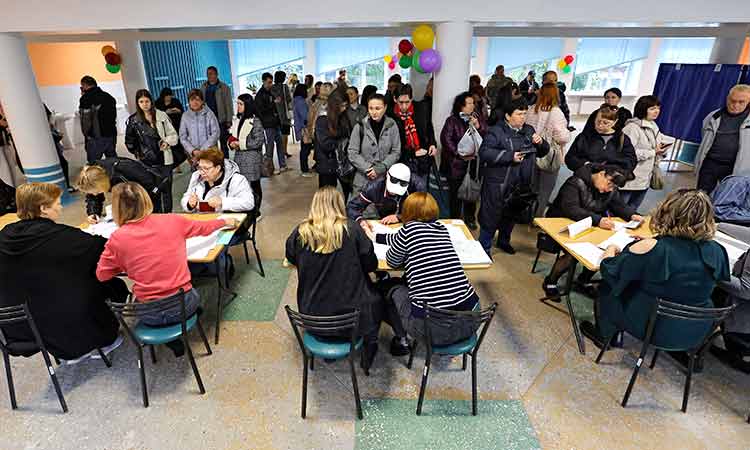 People receive their ballots at a polling station in Donetsk, Ukraine, on Tuesday. Reuters

Turkish Foreign Minister Mevlut Cavusoglu said Monday that Putin had told Türkiye’s president last week that Moscow was ready to resume negotiations with Ukraine but had "new conditions” for a cease-fire.

Even as the voting has continued in Russia-held areas, Russian forces have kept up their strikes across Ukraine. Overnight, Russian missile attacks targeted the southern areas of Zaporizhzhia and Mykolaiv, damaging residential buildings and other sites, officials said.