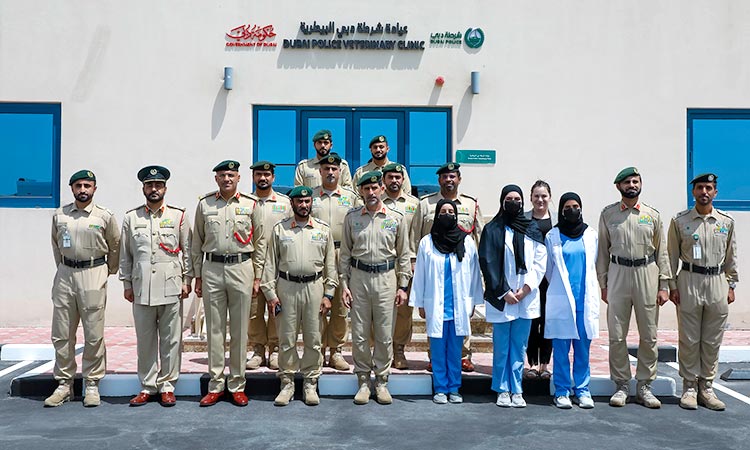 The Dubai Police have recently inaugurated a veterinary clinic at the Security Inspection Department K9 Unit of the force with the aim of providing veterinary health care for the canine.

The veterinary clinic has been equipped with the latest devices to keep pace with the best international standards.

Lieutenant General Abdullah Khalifa Al Marri, Commander-in-Chief of Dubai Police, praised the efforts exerted by the Security Inspection Department to elevate the level of work, develop services, and keep pace with the latest developments and standards. He stressed the readiness of the Dubai Police General Command to provide all forms of logistical and moral support to various general departments and police stations to develop the security and police work system.

Lt. Gen. Al Marri was briefed about the clinic by Major Salah Al Mazrouei, Director of Dubai Police Security Inspection K9, who confirmed that the clinic provides accurate lab tests using the latest devices that comply with international standards and operate under the supervision of specialised veterinarians with long experience in the field of veterinary medicine. 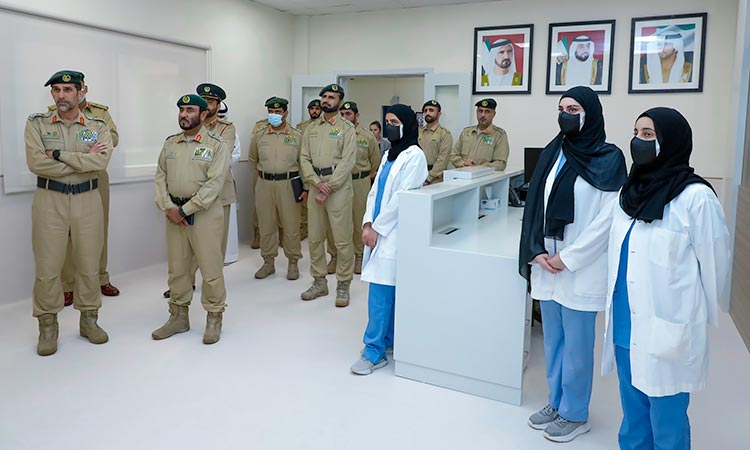 The veterinary clinic contains modern pieces of equipment such as ultrasound, anaesthesia devices.

Major General Abdullah Ali Al Ghaithi, Acting Assistant Commander-in-Chief for Operations Affairs, extended his thanks to the Commander-in-Chief of Dubai for his great financial and moral support in providing the best services in the field of sniffer dogs treatments and care.

At the end of the tour, Lt. Gen.Al Marri visited the training hall to have a close look at the process of training police dogs, which is conducted in line with the best training standards in various K9 disciplines.