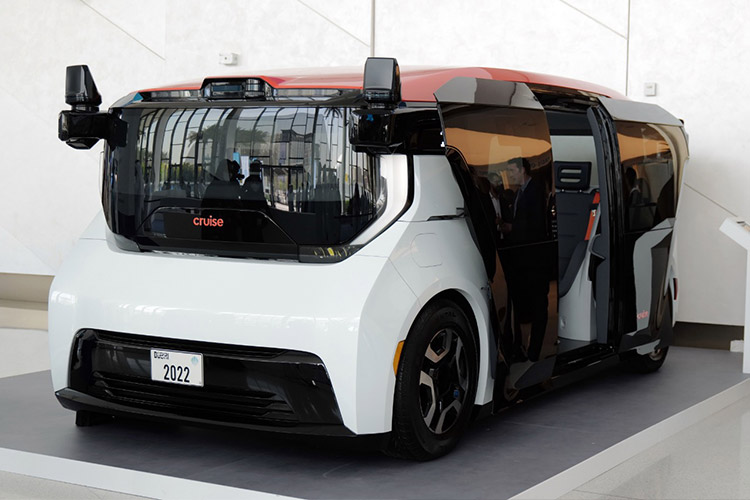 The Origin autonomous vehicle is on display at Expo 2020 Dubai.

Sheikh Hamdan Bin Mohammed Bin Rashid Al Maktoum, Crown Prince of Dubai and Chairman of The Executive Council, visited  the display of a model of the Origin autonomous vehicle manufactured by Cruise Inc, USA on the sidelines of the World Government Summit 2022 at the Expo 2020 Dubai on Wednesday.

The Dubai Roads and Transport Authority has signed an agreement with Cruise Inc. as part of its plans to provide driverless taxis and e-booking services.

RTA chief Mattar Al Tayer said, “RTA will start its autonomous vehicle service in 2023, number of deployed driverless vehicles planned to be increased to 4,000 by 2030.”

He also said, “Operating self-driving taxis contributes to achieving the integration of mobility and transportation systems by facilitating the movement of public transport riders to their final destinations.” 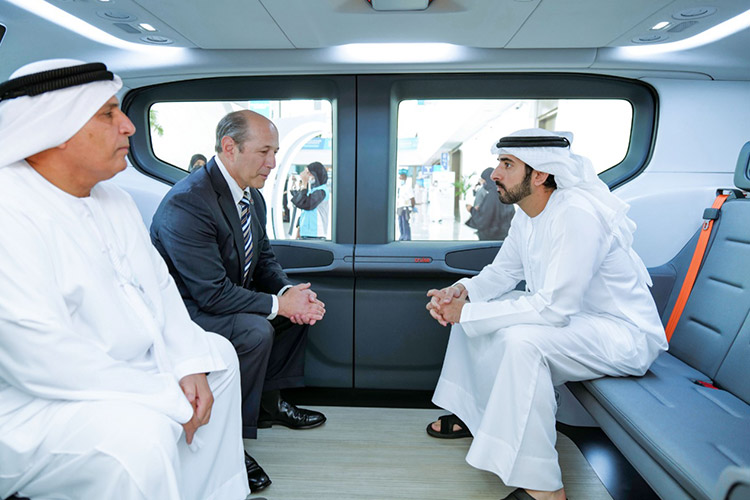 Designed to provide shared transport, Cruise’s Origin can operate fully without human intervention. It doesn’t have a steering wheel or a control system like ordinary vehicles and uses more than 80 highly advanced sensors that include cameras, LiDAR systems, and radar to create a 360-degree view. It uses high-definition 3D maps to locate the vehicle at all times and pinpoint its exact location with respect to other road users with a precision of up to one centimetre.

When riders board the vehicle through the sliding doors and fasten their seat belts, they have to press the Start/Stop button in the passenger compartment. They can ask the vehicle to terminate the trip at any time, before reaching their destination, by pressing the Start/Stop button. The vehicle will assess the nearest suitable parking space to end the journey smoothly and safely. To ensure high safety levels, the fleet of autonomous vehicles is monitored round the clock, and there will be communication with passengers in the event of any emergency or technical failure.

Dubai will be the global platform for the launch of Cruise’s Origin autonomous vehicle. RTA and Cruise are currently conducting trials and working on digital maps for these vehicles until the end of this year.

In October, there will be a trial run for BOLT vehicles, which will pave the way for the actual launch of the autonomous vehicle service with a limited number of Origin vehicles in 2023.