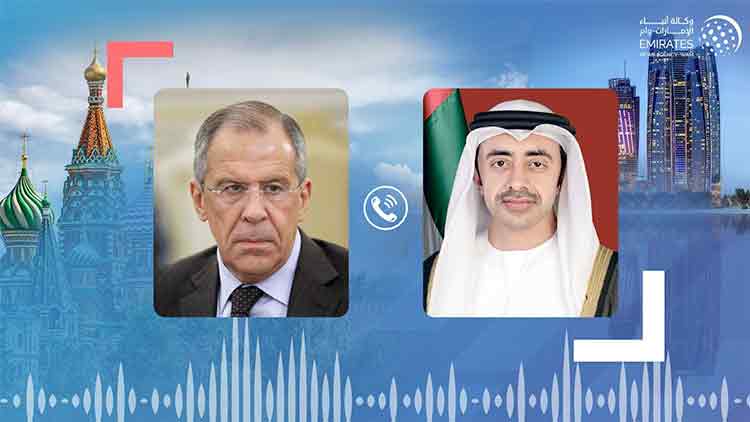 Sheikh Abdullah Bin Zayed Al Nahyan, Minister of Foreign Affairs and International Cooperation, has praised Russia’s supportive stance for the UAE, during the last session of the UN Security Council, on the terrorist attacks by the Houthi militia on civil facilities in the UAE.

During Sheikh Abdullah’s call to Russian Minister of Foreign Affairs Sergey Lavrov, he hailed the strong strategic partnership and friendship relations between the UAE and Russia, and the two friendly countries' keenness to further develop them across various fields.

For his part, Lavrov hailed the solid strategic Emirati-Russian relations and the prominent role played by the UAE to achieve peace, security and stability in the region and its constant keenness to support the efforts of the international community in this regard.

Sheikh Abdullah Bin Zayed Al Nahyan has stressed the need for all parties to support the efforts and confront the Houthi coup militia and other terrorist groups and eliminate them.