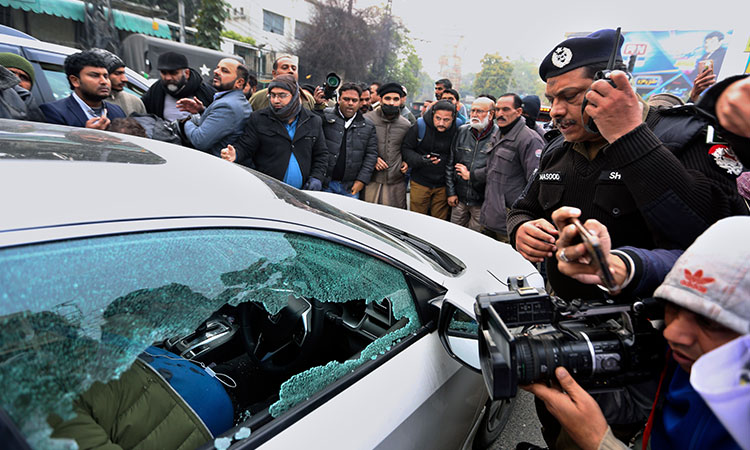 Police officer and journalists gather around the car of Husnain Shah at the site of shooting incident in Lahore on Monday. AP

Gunmen on a motorcycle shot and killed a Pakistani journalist in the eastern city of Lahore on Monday before fleeing the scene, a police official and industry officials said.


It was not immediately clear who was behind the killing of Husnain Shah, who worked for the Capital TV news channel as a reporter. The attackers targeted Shah near the Lahore Press Club (LPC).

According to police officials, Hasnain Shah was sitting in his car outside the LPC when the suspects, riding a motorcycle, intercepted and shot at him, killing him on the spot. Hasnain was a crime reporter in the Capital TV, and also a member of the LPC. 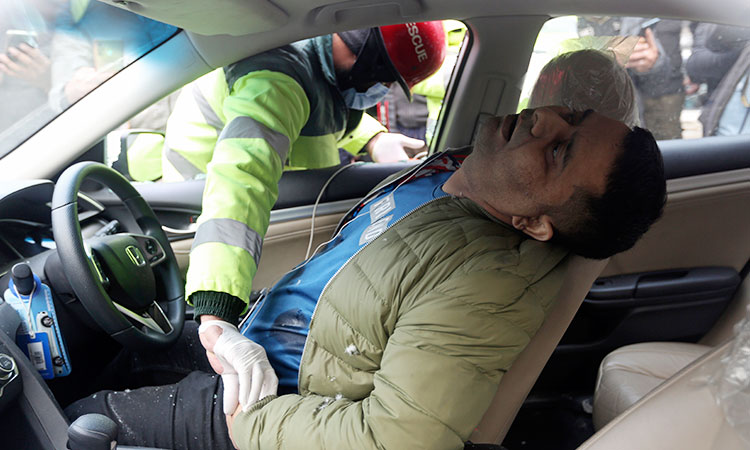 A rescue worker checks the pulse of Husnain Shah after he was shot inside a car in Lahore. AP

Angered over the attack, journalists rallied in Lahore, condemning the assault and demanding the arrest of the killers.

Punjab Chief Minister Usman Buzdar condemned the attack and ordered a probe into the incident.

Pakistan has long been a deadly country for journalists. In 2020, it ranked ninth on the Committee to Protect Journalists’ annual Global Impunity Index, which assesses countries where journalists are regularly killed and the assailants go free. 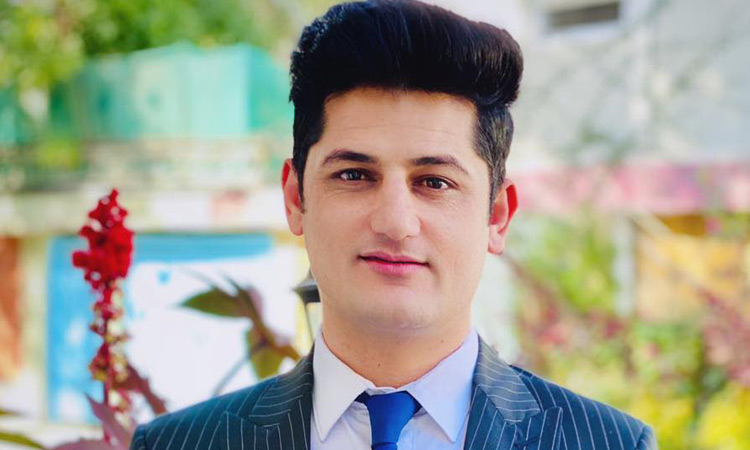 Nemat Rawan was a popular talk show host with the country's leading broadcaster, Tolo News, before joining the Afghan ministry of finance last month as a communications specialist.