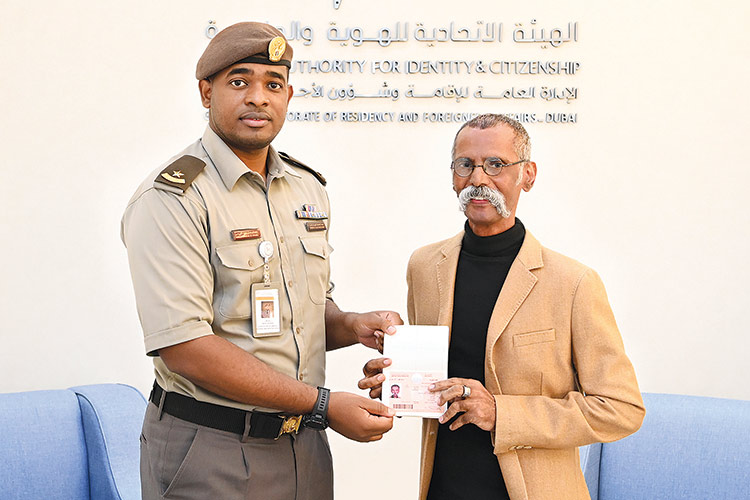 Celebrated artist and a long-term UAE resident Akbar Saheb was awarded the coveted 10 year Golden Visa for his outstanding creative contribution towards the country. Saheb has created more than 1,000 works of art. He is inspired by the vision and wisdom of the Rulers of the nation and created many paintings showcasing the rich history, heritage, culture, and the vision of the leaders.

Among his significant works are 38 paintings on the late Sheikh Zayed Bin Sultan Al Nahyan, capturing various aspects of his rule from 1997- 2004, a series of paintings on His Highness Sheikh Mohammed Bin Rashid Al Maktoum, paintings on the leaders of Ras Al Khaimah, Sharjah and Abu Dhabi as well as on the Year of the 50th, the Year of Zayed, the Year of Tolerance and EXPO 2020, Dubai and many more UAE based creative paintings.

“This special residency permit is my gift on the 50th Jubilee year of UAE,” says an excited Akbar Saheb. “I am indebted to the country for giving me so much– fame, recognition, family and the freedom to pursue my dreams. Receiving the Golden Visa is an honour and a reward for all my hard work as an artist,” says Saheb, a full-time artist, painter and sculptor who has been residing in the country for the past 30 years.

“I’m dedicated to working for the UAE as an artist and aim to create many more contemporary creative paintings and sculptures about the nation and its culture. The Golden Visa definitely gives me the independence and flexibility to further pursue art and make a living out of it here, in the UAE.

Living in Dubai since 1966, Saheb originally hails from Udupi, Mangalore in India. Having created thousands of paintings using various styles and mediums such as Oil, Acrylic and Watercolor, now Saheb is also focusing on making sculptures. His other creative contemporary series of paintings consists of cultural series of countries such as the UAE, Egypt, Brazil, India, America, Israel, Japan, South Africa, The Lost City of Cambodia, Vietnam in the second world war and The German Holocaust.

Saheb’s recent painting titled ‘Past, Present and Future’ charts the history and milestones of country’s glorious 50 years while giving a glimpse into what the future holds. Celebrating the 50th Golden Jubilee of the UAE; the oil-on-canvas measuring 18X7 feet utilises his special style known as ‘Depthism’. 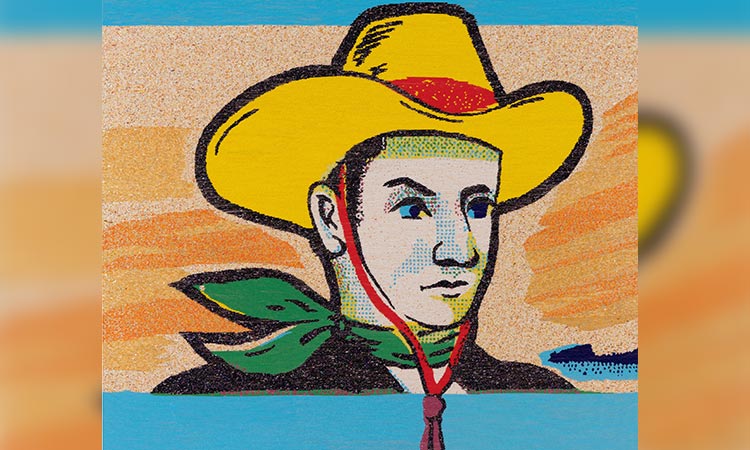