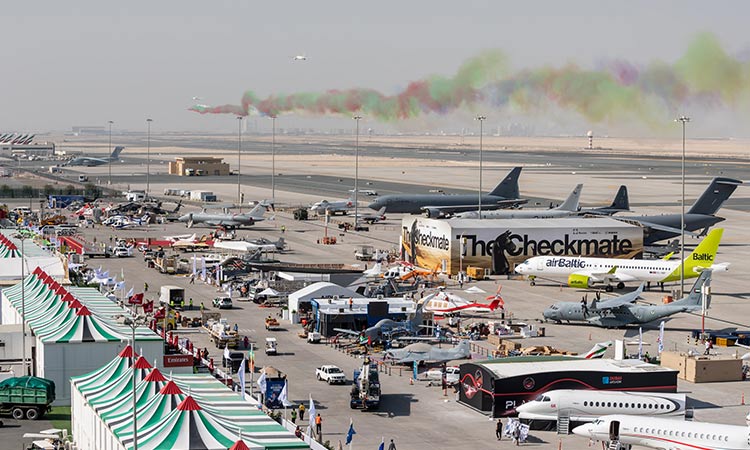 Aircraft are displayed at Dubai Airshow 2021.

The Dubai Airshow, the world's most anticipated airshow, kicked off at Dubai World Central on Sunday.

The mega event is being held at Dubai World Central and will continue until November 18.

His Highness Sheikh Mohammed Bin Rashid Al Maktoum, Vice President, Prime Minister and Ruler of Dubai, toured the Dubai Airshow on its first day and witnessed the main activities for the opening of the global event. 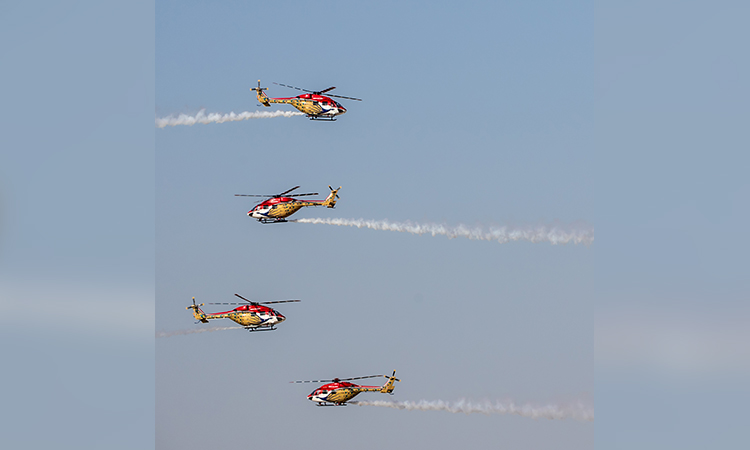 Sheikh Mohammed received a number of ministers and chiefs of staff of the countries participating at the Dubai Airshow. 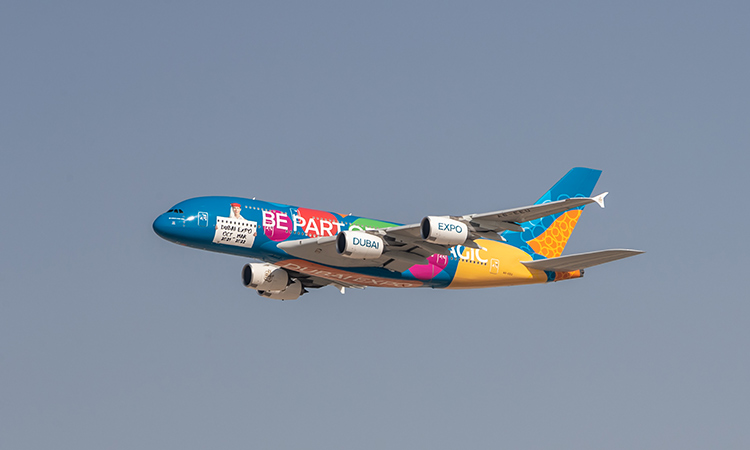 Sheikh Hamdan toured the airshow and inspected the products and services offered by the participants in the field of aviation and defense industries. 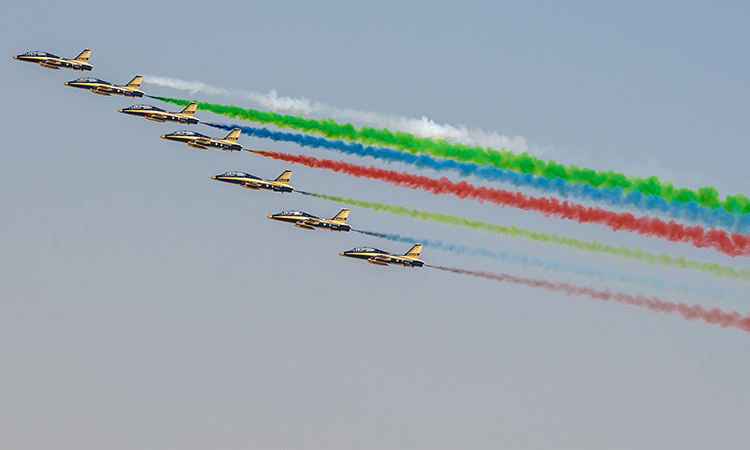 Al Fursan perform a flypast over the Dubai Airshow.

This year, the air traffic bounced back, though it was still 53 per cent lower in September than its pre-pandemic levels.

Air shows usually serve as a platform for companies to announce orders of aircraft. 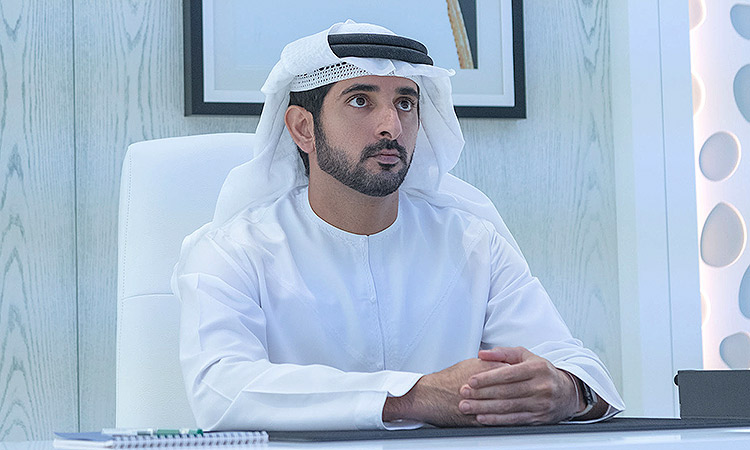