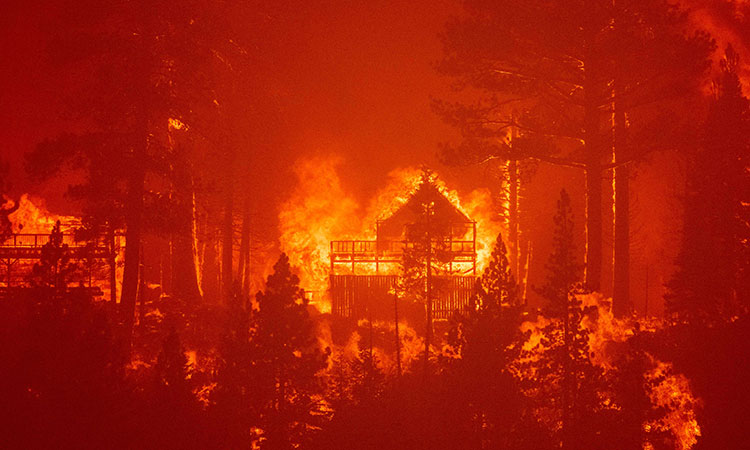 Firefighters waged an all-out battle in heavy winds on Tuesday to protect homes on the fringe of tinder-dry forests near Lake Tahoe as flames raced across treetops and through drought-stricken vegetation.

Thick smoke from the Caldor Fire enveloped the city of South Lake Tahoe and evacuation orders were expanded to neighbouring Nevada.

The National Weather Service warned that critical weather conditions through on Wednesday could include extremely low humidity, dry fuel and gusts up to 30 mph (48 kph) as a wildfire that has chased thousands of people from the popular resort destination in California's Sierra Nevada range.

In Hurricane Ida's wake, no quick relief in sight for Louisiana

Hurricane Ida: More than a million without power in New Orleans

"With those winds, as it ran through the forest it created what’s called an active crown fire run, where the fire actually goes from treetop to treetop,” said Stephen Vollmer, a fire behavior analyst for the California Department of Forestry and Fire Protection.

He said embers were being cast up to a mile out in front of the fire, creating new ignition points. 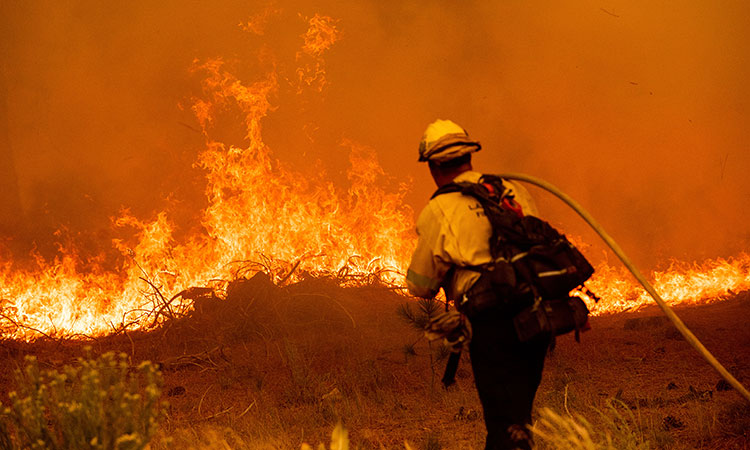 An estimated 50,000 people are under evacuation orders due to the Caldor blaze, according to the California Department of Forestry and Fire Protection (Cal Fire).

Two large spot fires crept to within 3 miles of South Lake Tahoe's city limits on Tuesday, and within 6 miles of the southern shore of Lake Tahoe itself, fire authorities said.

"There is a substantial amount of resources right now dedicated to protecting the homes and property in South Lake Tahoe,” US Forest Service spokeswoman Dana Walsh told Reuters by phone on Tuesday evening. 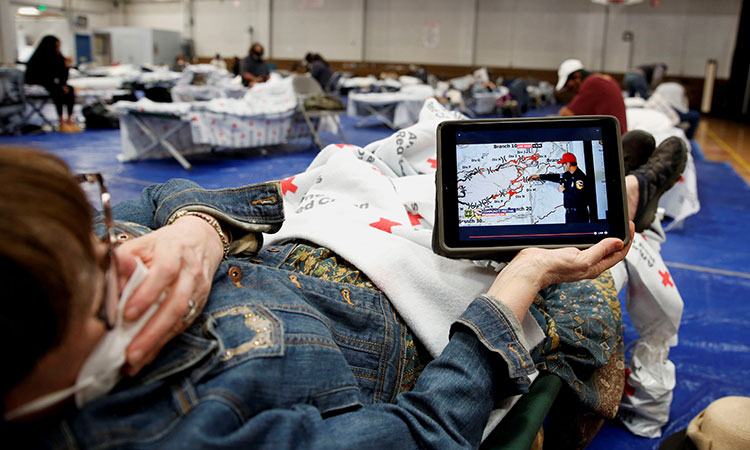 Joan watches the evening Cal Fire community update on her tablet at a evacuation site in Carson City, Nevada. Reuters

A day earlier, roughly 22,000 residents jammed the city’s main artery for hours after they were ordered to leave as the fire advanced.

South Lake Tahoe city officials said only a handful of residents defied Monday’s evacuation order. But nearly everyone worried on Tuesday about what the fire would do next.

By Tuesday, the fire had charred more than 191,000 acres (77,300 hectares) of drought-parched forests, some 14,000 acres (5,665 hectares) more than the day before. Firefighters had managed to carve containment lines around just 16% of its perimeter. 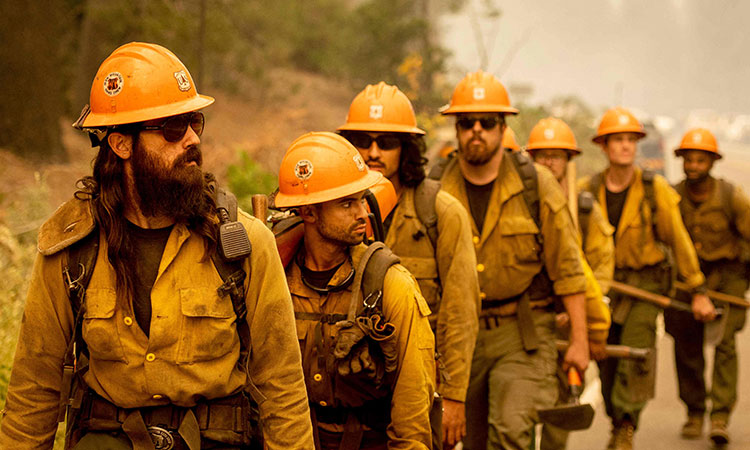 A US Forest Service firefighter crew arrives at the scene in Meyers, California on Tuesday. AFP

Winds gusting with cyclone force to 45 miles per hour hurled embers up to a mile beyond the leading edge of the blaze, igniting spot fires as hillsides of trees exploded in towering flames.

At least 669 structures were listed as destroyed on Tuesday, most of them single-family homes, with 34,000 more buildings considered threatened, Cal Fire spokesman Henry Herrera said.

No deaths have been reported. Three firefighters and two civilians were injured in recent days.