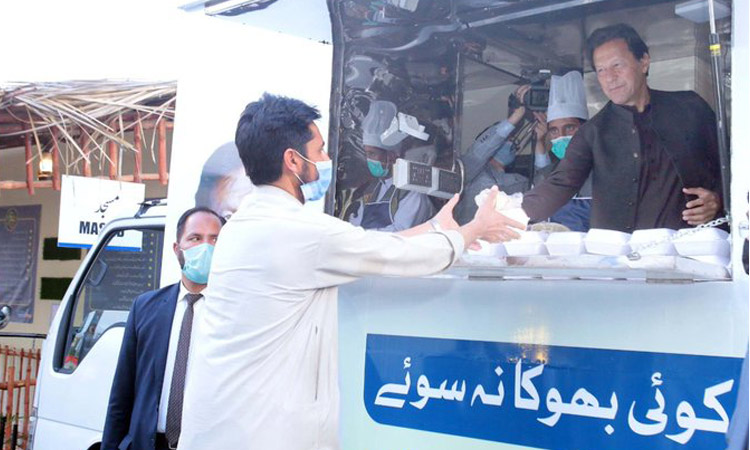 Imran Khan distributes food parcels at on of the mobile kitchens in Islamabad. Twitter photo

He announced the extension of the programme before the arrival of the Holy Month of Ramadan. While addressing a ceremony in Islamabad, Imran said that initially a pilot programme of mobile kitchens (kitchens on trucks) had been launched in Islamabad to assess what issues would come up.

“Now you can see it has been started in Peshawar, Lahore and Faisalabad. And this is the beginning — our idea is that we want to spread a network of kitchens [and] meals on wheels across Pakistan and they will then cover all the areas where there is the most poverty and people sleep hungry.”

The prime minister said that blessings and prosperity came from God but it was up to humans to make the effort for them.

He said he wanted the office bearers in government and ministers to realise that “their biggest responsibility after coming into power is towards the segment that is poor.”

Imran questioned why Pakistan hadn’t followed the path set by the state of Medinah despite being founded in the name of Islam. 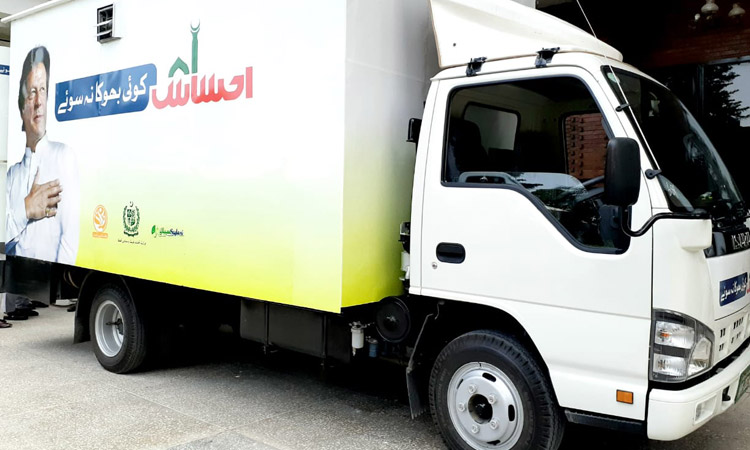 One of the mobile kitchens of Ehsaas Programme.

“Even though our situation is difficult — there is debt, little money is left to spend on the people — despite that, God’s order is to follow that path. This path is of rule of law and of humanity, that we take responsibility for our poor segment.”

The premier said that God’s blessings would shine upon Pakistan once the state took responsibility for delivering meals to people who couldn’t afford them.

“We don’t realise what a huge asset is lying in our country - the people who give charity. We are among the only countries where people give the most charity, we are very lucky people,” said the prime minister, adding that the people’s charity had supported the running of his Shaukat Khanum Memorial Cancer Hospital.

The prime minister also cited other measures taken for the benefit of the poor such as the government’s Panagah (shelter) programme and universal health coverage.

He called upon the public to participate and donate to the programme with charity before Ramadan.