After a long two-year wait, brides from Pakistan reunite with husbands in India - GulfToday 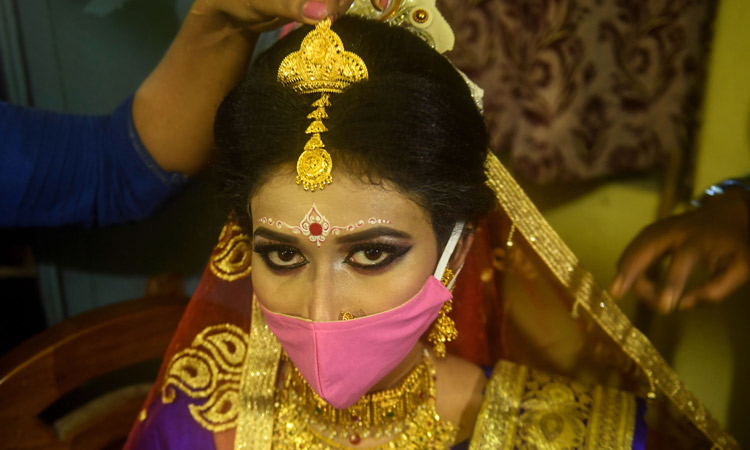 For those living in India and Pakistan who have relatives across the border, getting a visa to visit their loved ones can be a challenging task, even frustrating. It is like asking for the moon. It could take an endless period of time, perhaps months or even years, before a visit is greenlighted by the authorities.

Some visits can have unhappy consequences, as happened with bridegrooms from India who went to Pakistan but returned without their brides.

Two years ago, three baraats (wedding parties) from Jaisalmer and Barmer went to Pakistan. However, they returned to India without the brides since visas were not granted to them.

Myanmar nun pleads with military not to shoot children, Kill me instead

However, this International Women's Day, two of these cross-border brides were finally reunited with their grooms in India.

Chagan Kanwar, wife of Mahendra Singh and Kailash Bai, wife of Nepal Singh, came to India on Monday through the Wagah-Attari border along with a few family members and were accorded a warm welcome by their husbands. 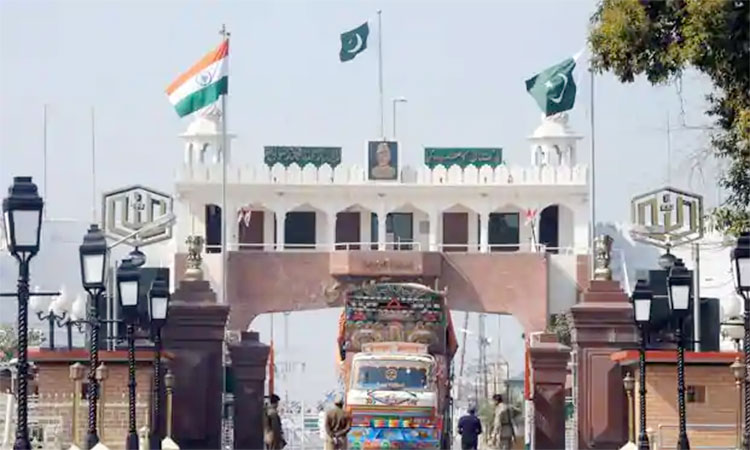 The Wagah-Attari border gates at the moment are open only from dawn to dusk. File/AFP
The two Pakistani brides had finally arrived at the residence of their in-laws in Rajasthan two years after their wedding.

The brides, along with their family members, passed through a security check and took the COVID-19 test after crossing the border.

While Nepal's wife Kailash came to India accompanied by her mother and brother, Mahendra's wife Chagan Kanwar came with her father.

However, Nepal's brother's wife could not get visa that has left him a little upset.

However Vikram Singh, who was married to another Rajput woman and was blessed with a child, named Rajveer Singh, is still awaiting his bride as she couldn't get a visa.

Their child, however, got the visa and has come to India, according to Indo-Asian News Service.

As relations between the two countries soured following the Pulwama attack, they could not bring their wives and returned to India without the brides after staying in Pakistan for four months.

Nepal Singh told journalists that even as he is happy to meet his wife he was also upset since his younger brother's wife could not get a visa.

He also thanked Union Minister Kailash Choudhary for extending all due help to the family in getting the visas.

"I would like to extend gratitude to Union Minister Kailash Choudhary who helped us in getting a visa. Initially, my wife was allowed entry only via air route but since we could not afford air travel, the Union Minister helped us get permission to cross through the Wagah-Attari road route," he added.

Meanwhile officials said that his brother Vikram Singh's wife, Pakistani girl Nirmala Bai, was denied a visa by the consulate on the grounds that her passport was blacklisted.

However, their one-and-a-half year-old child got the visa and has come to India. Now, efforts are being made to get a visa for the mother.

Chaudhary has intensified efforts to get a visa for Nirmala Bai and has contacted the home ministry in this regard.

Pakistan is not seeking hostility with India for the next 100 years: Official

As per the new security policy details, Pakistan is shifting its principal stance over the dispute of Jammu and Kashmir from primary to a secondary pending dispute.