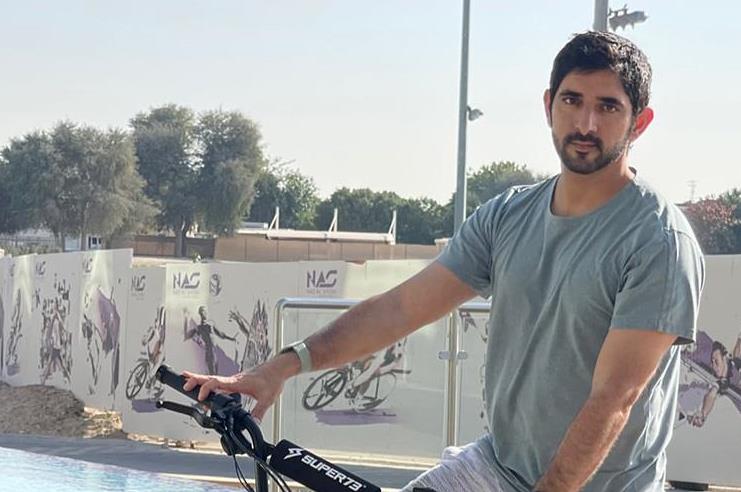 Sheikh Hamdan took to his Instagram account and wrote, Thank you @willsmith for the bike! I named it Scotty…”

Gulf Today learned that the chic bike is by SUPER73, a brand that has pioneered a new approach to help redefine the electric motorbike industry. 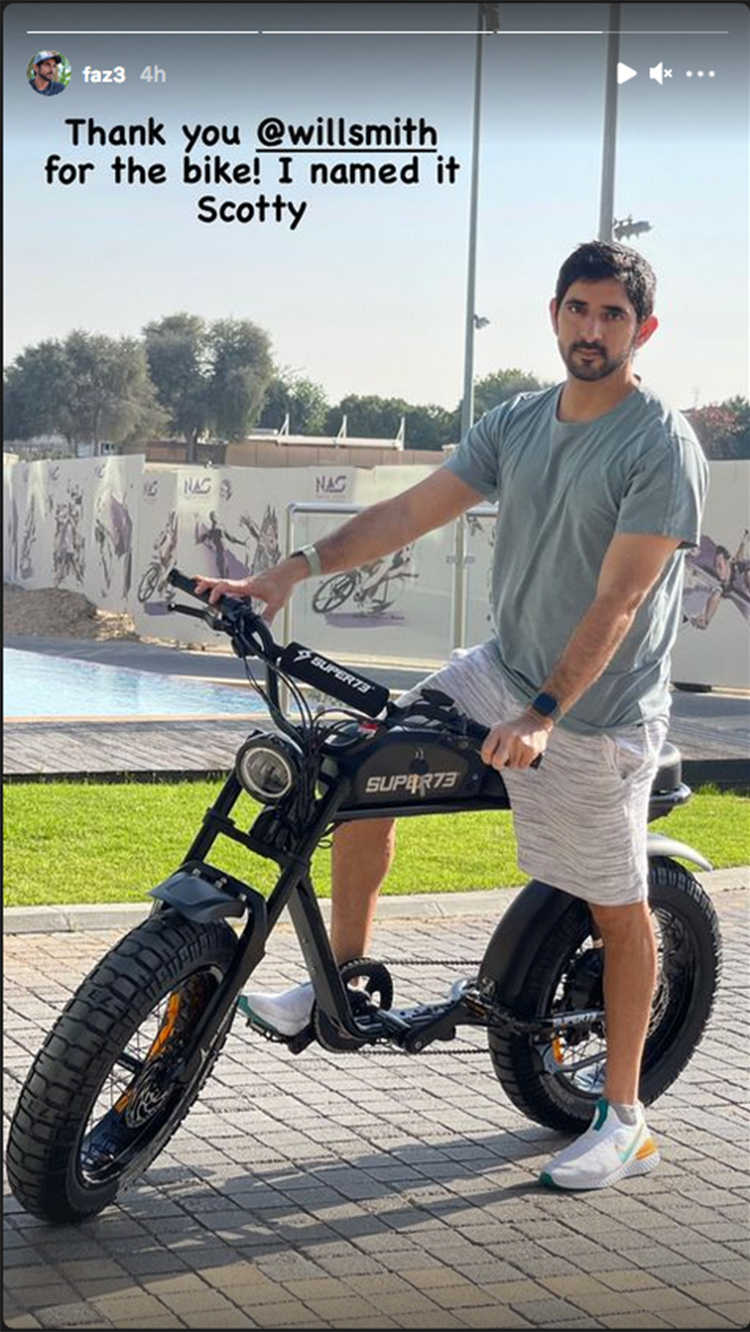 Will Smith keeps coming to Dubai to enjoy some relaxing moments.

In March 2019, he shared a video from highest observation deck of the Burj Khalifa.

At the same time, the 52-year-old actor made his wife Jada Pinkett Smith got rid of her fear of heights.

He made her do skydiving in Dubai.

Smith wrote on Instagram, “Jada’s afraid of heights, she doesn’t like flying, and she never ever would think that jumping out of a plane would be fun... but she agreed to do it. That’s love and this is my Bucket List. @willsmithsbucketlist…” 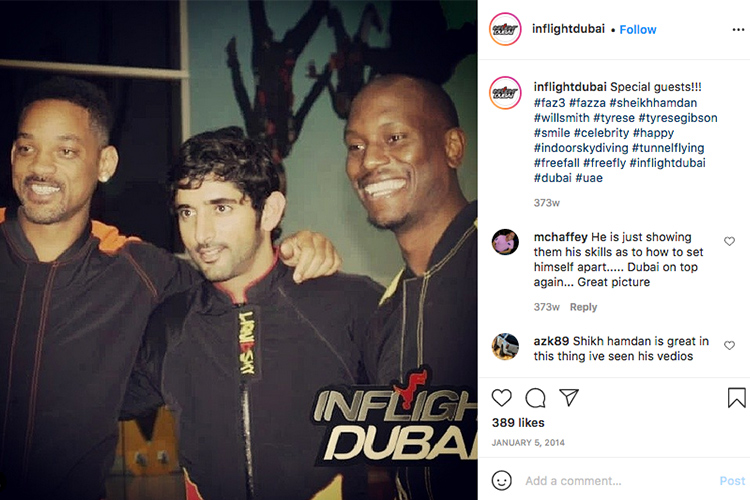 Celebrities and sportspersons keep meeting the Dubai royal on their visit to Dubai.

The sport-enthusiast Crown Prince of Dubai is an avid lover of nature and animals documents every moment on his Instagram account. He shares breathtaking photographs and videos of his whereabouts on the social media platform. 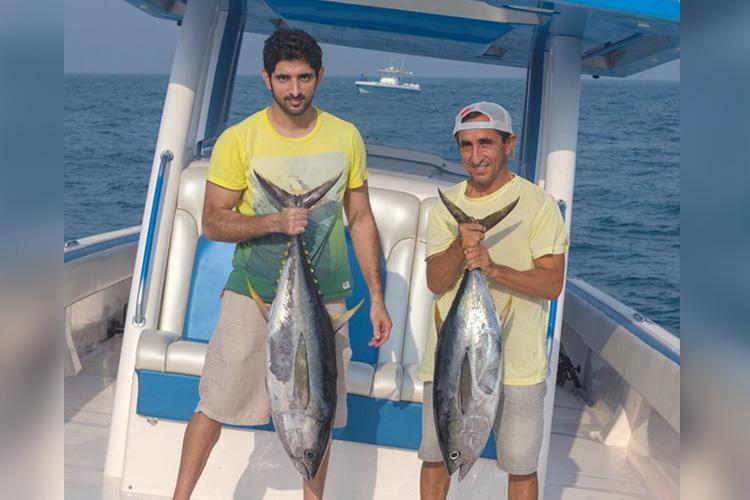