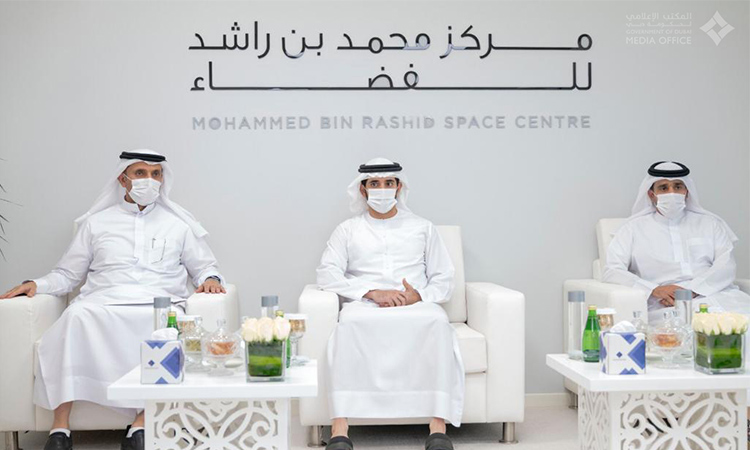 Dubai Crown Prince, Chairman of The Executive Council of Dubai and President of the Mohammed Bin Rashid Space Centre (MBRSC) Sheikh Hamdan Bin Mohammed Bin Rashid Al Maktoum, said that the UAE continues to strengthen its global standing in the field of space exploration by launching exceptional projects that help create a brighter future for the region and a better quality of life for its people.

Hamdan made these remarks during a visit to the MBRSC headquarters, during which he reviewed the MBRSC’s new 2021-2031 strategy, including its key objectives and projects. The strategy aims to realise the vision of His Highness Sheikh Mohammed bin Rashid Al Maktoum, Vice President and Prime Minister of the UAE and Ruler of Dubai, for the UAE’s contributions to space science and research and consolidate the country’s international position in this sector.

Hamdan was briefed on the progress of the Emirates Lunar Mission project, the first Emirati and Arab mission to explore the moon, launched by HH Sheikh Mohammed. The mission aims to develop and launch the first Emirati lunar rover named ‘Rashid’, which is the first of its kind in the Arab world. It will make the UAE the fourth country worldwide to gain new information about the moon and explore new areas on the lunar surface.

During his visit, he expressed his appreciation for the outstanding efforts of the Emirati taskforce leading the project and all other teams involved in the mission. His Highness said the efforts of young Emirati talent have helped the UAE become a key player in the global space sector.

The Crown Prince of Dubai stressed his confidence in the ability of Emiratis to help the country explore new horizons in the space sector. Their contributions will help create a better future for the region and the world and their scientific knowledge, capabilities and determination will ensure the UAE continues to progress and excel, he said. 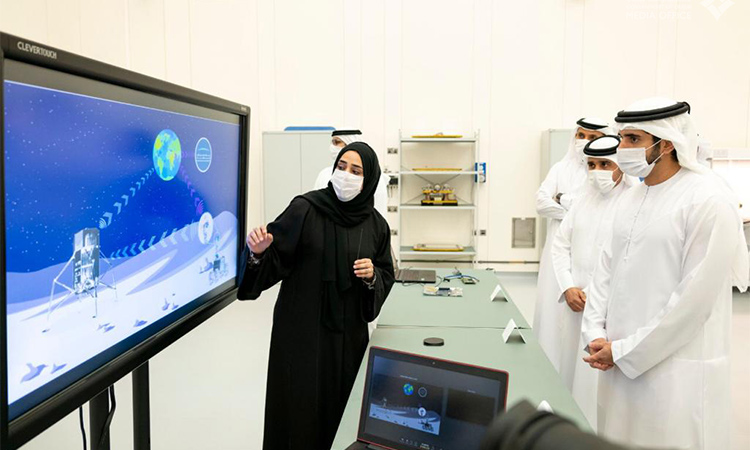 Mission team briefs Hamdan on the Lunar Rover and the various stages of its launch in 2024.

Sheikh Hamdan met with the Emirates Lunar Mission team and reviewed the design of the ‘Rashid’ Lunar Rover and its various launch phases. He was briefed in detail about the progress of the project. The rover was named ‘Rashid’ by His Highness Sheikh Mohammed in honour of the late Sheikh Rashid Bin Saeed Al Maktoum.

Sheikh Hamdan also reviewed the development of the 100% Emirati built lunar rover and the project roadmap for the upcoming period. The Centre’s team briefed His Highness on the key stages of the roadmap with a focus on its scientific and innovative aspects. He was also briefed on the various components of the lunar rover, and its functions, features and characteristics.

The team gave His Highness an overview of previous missions conducted in the lead-up to the current phase of the project. The team explained how the mission aims to land on an area of the Moon’s surface that has not been explored by any previous lunar missions. 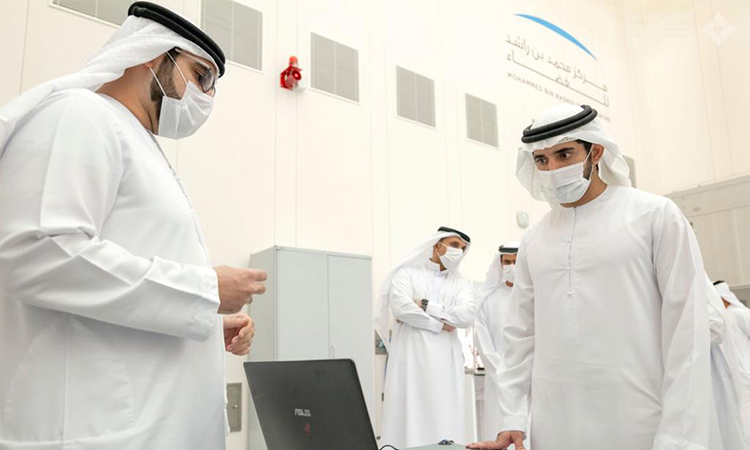 Emirates Lunar Mission is the first Emirati and Arab mission to study an unexplored part of the illuminated surface of the moon.

During the visit, the team also provided Hamdan a detailed understanding of the project’s supervision system, risk management and operations, as well as its preparedness to resolve any challenges. In addition, the team demonstrated how the Emirati lunar rover will perform key tasks once it lands on the surface of the Moon.

Hamdan inspected the work of the project’s sub-teams, including the project management, development and scientific instruments and control teams. The team reviewed the Emirates Lunar Mission’s development phases, itinerary, scientific objectives and its pre-launch test in 2024.

Hamad Obaid Al Mansoori, Chairman, MBRSC, said: “His Highness’ visit reflects the support extended by the leadership in ensuring the success of space research and exploration. This serves as a strong incentive and motivation for the Centre and private entities in the UAE to launch new high-quality projects in the fields of technology, robotics and aerospace technology in line with the UAE’s vision.” 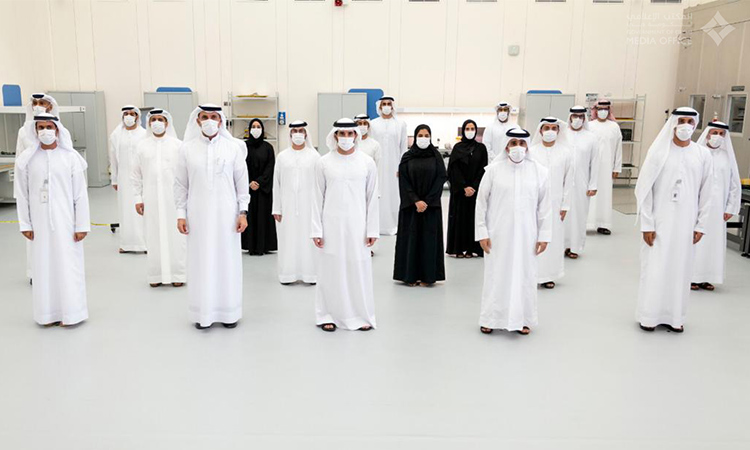 The contributions of young national talent have helped the UAE become a major player in the global space sector.

Obaid further said the Lunar Mission will provide a solid and extensive database and enable the UAE to become a model for countries seeking to enter the space sector. Such projects will also allow the UAE to serve as a strategic partner in innovative scientific projects and contribute to the progress of humanity.

Yousuf Hamad AlShaibani, Director General, MBRSC, said the mission reflects the UAE’s aspiration to be one of the leading countries in the field of science, research and advanced engineering. The mission also supports Emirati youth and adds to the growing list of the UAE’s achievements in the fields of science, innovation and development, HE AlShaibani added.

The lunar rover will make significant contributions to global efforts to explore the Moon's surface when it lands in 2024. It will pave the way for discoveries that can contribute to the development of science and specialised high-precision technologies in the space sector. The Emirates Lunar Mission is one of the key components of the new 2021-2031 strategy launched by MBRSC.

The Emirates Lunar Mission is part of the Mars 2117 Programme, which aims to build the first human settlement on Mars. MBRSC is overseeing all aspects of the mission, which is funded by the ICT Fund that operates under the Telecommunications Regulatory Authority (TRA).