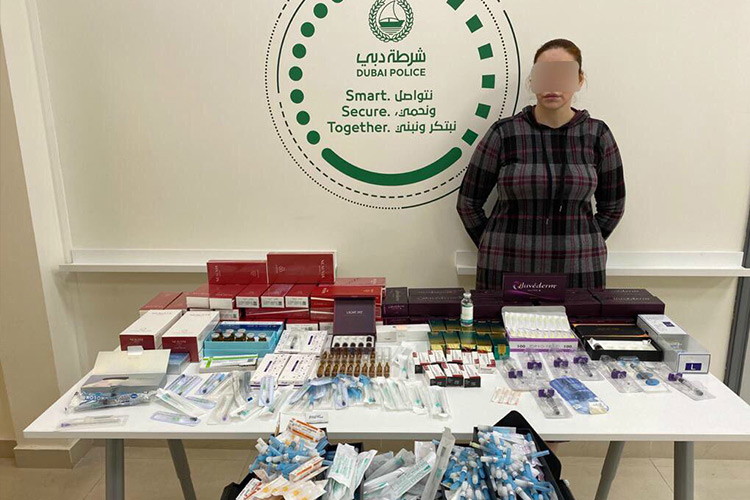 The woman in custody with banned products.

The Dubai Police, in collaboration with the Dubai Health Authority (DHA), have recently arrested a European woman who performed plastic surgeries in her flat without obtaining a licence from competent authorities in the country.

According to Brigadier Jamal Salem Al Jallaf, Director of Criminal Investigation Department (CID) at Dubai, the suspect wasn’t licensed to carry out surgeries and relied on her own experience that she had obtained in her country.

“The suspect was promoting her services through social media platforms. She used her own Instagram account that is followed by more than 100,000 followers to book appointments for patients and then receive them discreetly at her residential flat,” Brig Al Jallaf said. 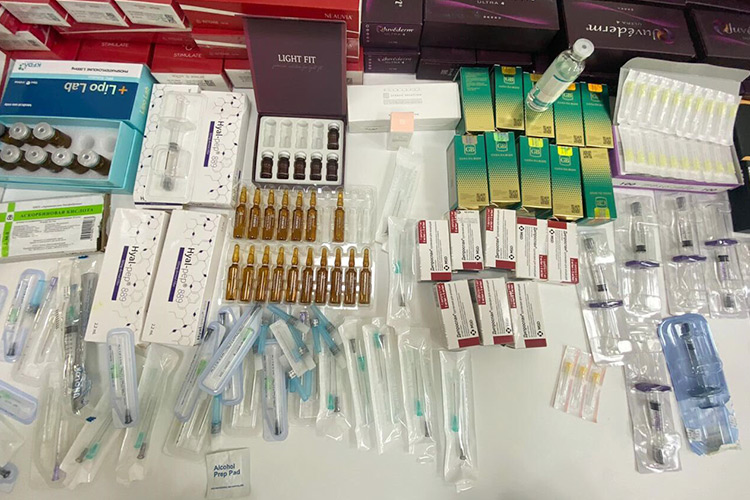 Brig. Al Jallaf pointed out that the suspect exploited the closure of plastic surgery hospitals and clinics in the country amidst the COVID-19 pandemic in order to receive patients in her flat.

The director of CID in Dubai warned members of the public against falling prey to online scammers who provide unlicensed services that could pose serious harm to the society. He also urged social media users to stay aware and ensure the validity and veracity of online advertisements on social media platforms. “Community members should always seek medical services of authorised medical outlets and professionals licensed by the competent local authorities,” Brig Al Jallaf said.

Colonel Omar Mohammad Bin Hammad, Deputy Director of Anti-Economic Crimes Department, said they had been monitoring the suspect through social media platforms as she was offering unlicensed cosmetic treatments. “A joint team from both the Commercial Fraud and Anti-Hacking Section at Dubai Police and DHA managed to arrest the suspect who was ambushed by an undercover female officer,” Col Bin Hammad explained. 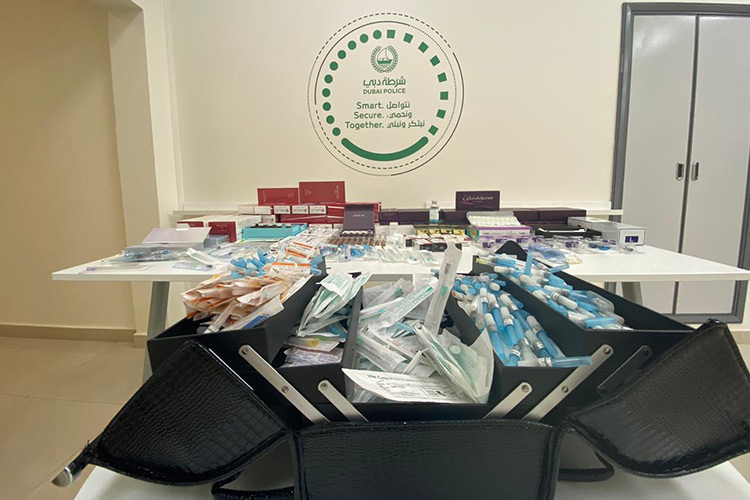 Col Bin Hammad clarified that the female police officer had contacted the suspect and explained her desire to carry out a cosmetic injection.

“As the suspect started getting things ready for the treatment, the police unit raided the flat and arrested her red-handed,” Col Bin Hammad said.