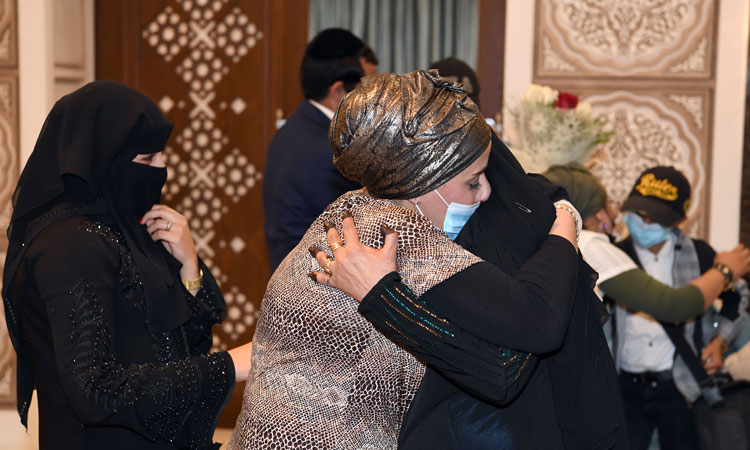 A female family member hugs her relative on Saturday. WAM

A Yemeni family were reunited in the UAE after enduring 15 years of separation.

The family, who are Jewish, were able to reunite after authorities in the UAE facilitated the travel of family members from Yemen to the UAE. Authorities also made arrangements for other members of the family, who lived in London, to join them.

Speaking to WAM, the members of the family expressed their extreme happiness at their reunion after being separated for 15 years. 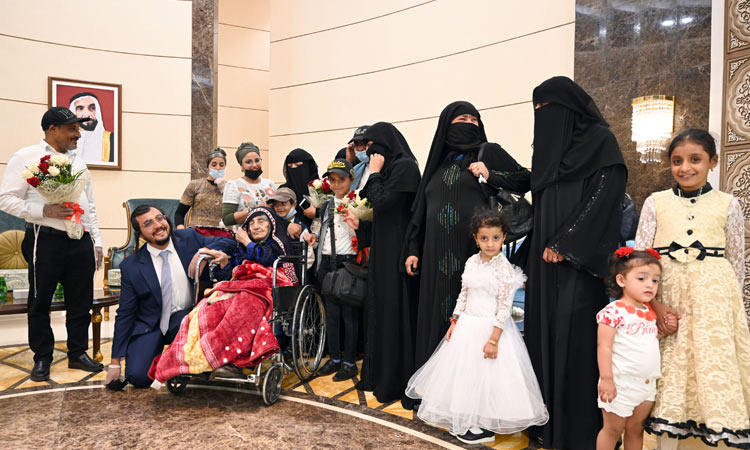 The Yemeni Jewish family members pose for a photograph on Saturday. WAM


"It was nothing short of a miracle and the realisation of an impossible dream. We thank the UAE for their great support in arranging the reunion. This is an example of the UAE’s humanitarian approach, as well as of its noble values of tolerance and coexistence," they stressed, adding that it is a model for the whole world to emulate. 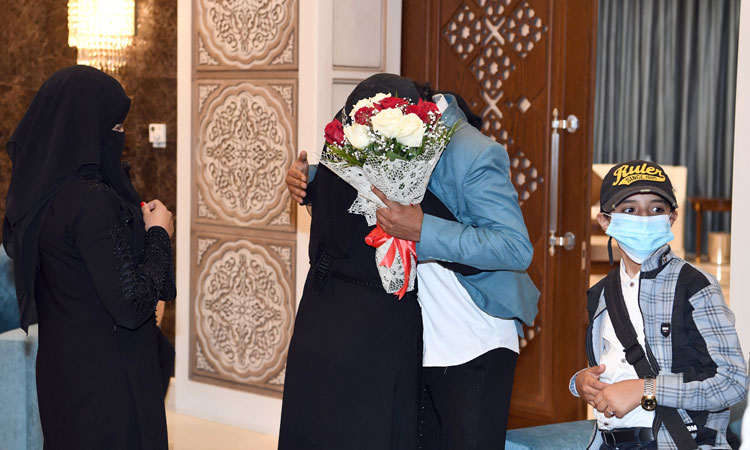 The father of the family said after meeting his children: "I feel as if I were reborn today. I am so happy to have met all my children and grandchildren. I am also overjoyed to be in the UAE, the land of tolerance, coexistence and goodness."

The UAE continues to soar high globally be it in economic competitiveness, innovative technologies, digital superiority, space research and even on parameters pertaining to future readiness