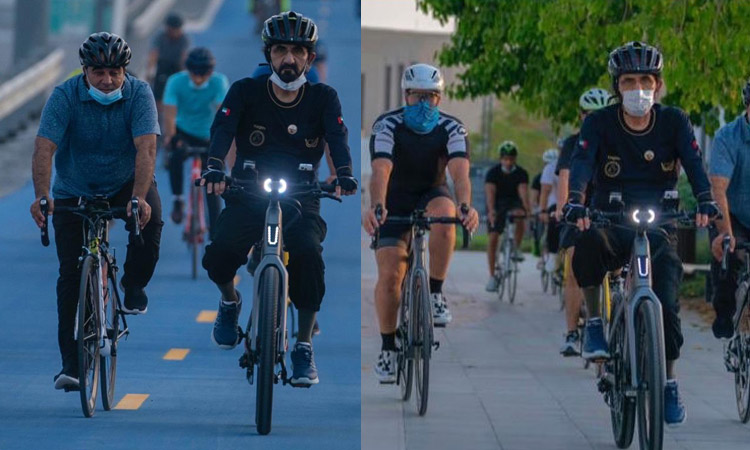 A video of His Highness Sheikh Mohammed Bin Rashid Al Maktoum, Vice President, Prime Minister and Ruler of Dubai, riding a bike in Dubai is doing the rounds on social media platforms.

The video shows the Ruler of Dubai casually riding with a group of riders on the streets of Dubai.

Sheikh Mohammed is also seen performing Magrib prayers on the side of a road.

Several social media users captured the moment on their phones. 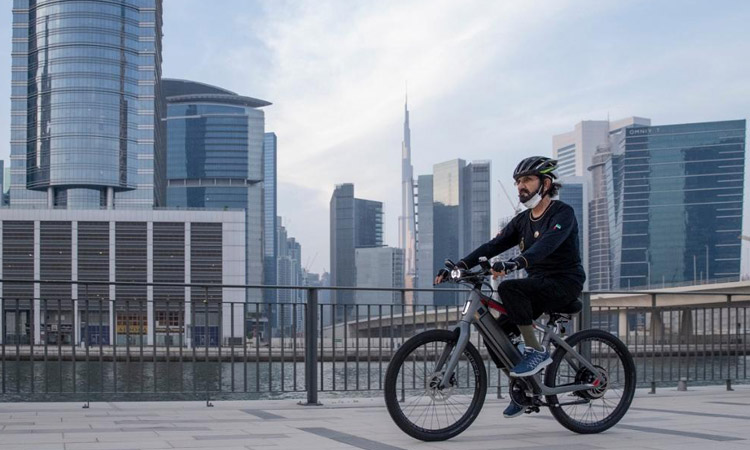 Sheikh Mohammed was in full cycling gear making a stop for the evening prayer.

Sheikh Mohammed is not new to cycling sport.

The royal, every now and then, goes for rides on the cycling track.

In January, Sheikh Mohammed amazed the citizens with his heart-touching efforts when he came to the rescue of a female cyclist who fell from her bike.

Annan Al Amri, from the Al-Wathba team fell off her bike while participating in the Peace Cycling Championships.

Last year, Sheikh Mohammed made a stop on a cycling track to follow the first Emirati astronaut Hazzaa Al Mansoori’s lift-off to the International Space Station.