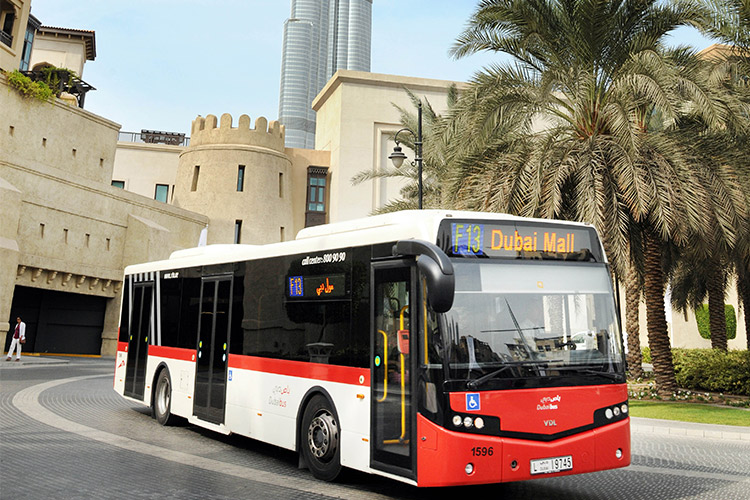 Dubai’s Roads and Transport Authority (RTA) on Saturday announced its public bus services will be free of charge for individuals permitted to leave their homes during the extended two-week sterilisation period. Additionally, Dubai Taxi vehicles and franchised taxis will offer a 50 per cent discount on normal fares.

The decision follows an announcement made by Dubai’s Supreme Committee of Crisis and Disaster Management, in coordination with the Command and Control Centre for Combating COVID-19, to extend the sterilisation programme to 24 hours a day for a period of two weeks across all areas and communities in the emirate as part of enhanced preventive measures in the community. The two-week period is subject to renewal.

RTA said metro and tram services will be suspended during the sterilisation period. The Authority further said it seeks to provide extensive support to community members during this challenging period and stressed that everyone’s cooperation is critical to combat the pandemic.

Mattar Al Tayer, Director General and Chairman of the Board of Executive Directors of the Roads and Transport Authority (RTA), said the decision reflects RTA’s commitment to the directives of His Highness Sheikh Mohammed bin Rashid Al Maktoum, Vice President and Prime Minister of the UAE and Ruler of Dubai, to provide the greatest possible support to all members of the community during this sensitive period. “The measures aim to help members of the public who need to leave their homes for essential purposes and those who work in vital sectors. The decision underscores the RTA’s commitment to support the efforts made by Dubai and the UAE to combat the novel coronavirus and reduce the risk of its spread to the minimum.”

RTA has taken several preventive measures over the last few weeks to ensure the highest standards of safety and protection. Measures taken to safeguard the health and wellbeing of the community have included continuous sterilisation and cleaning as well as enforcement of social distancing on public transport, among others.