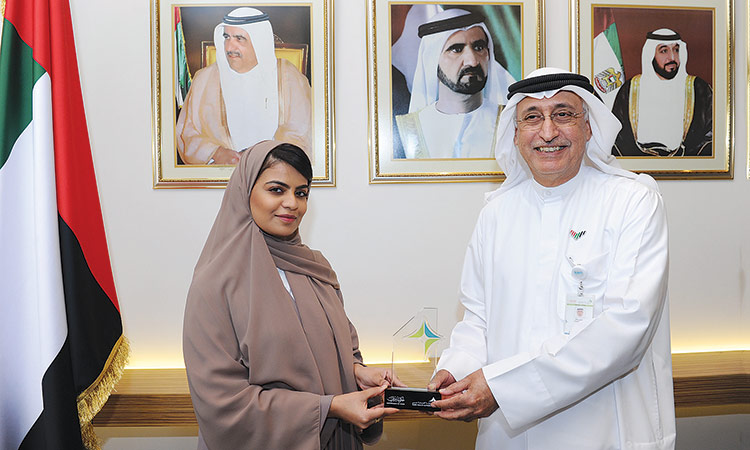 An Emirati, 27, looks forward to a productive life after being given a new lease through the first-ever three-dimensional (3D)-assisted organ transplantation procedure conducted in a government hospital in Dubai.

“I am happy. I feel better now. My health was deteriorating. I could not walk. I was always tired,” Khalid Waleed Marzouq told Gulf Today.

His sister three years his junior, Aysha, said: “I donated my right kidney because I had seen him suffering for years. He was going to the hospital three times a week for dialysis. I do not want that. I want him to live a normal life. I felt the pain for three hours after the operation. But after that, I was already okay. I am okay.” 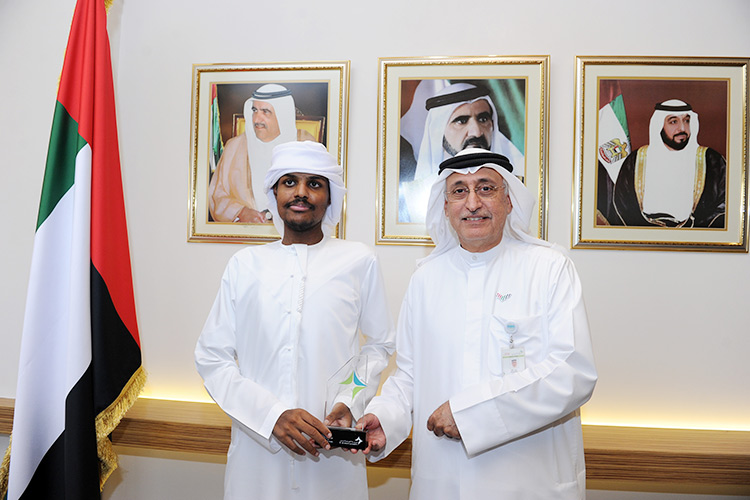 The media also interviewed hospital officials and medical team members that assisted the Marzouqs at the six-hour surgery in Dubai Hospital on Feb.10.

Al Qutami was happy over the success of the operation and the smooth transition of Khalid and Aysha into the mainstream. He expressed gratitude to the UAE and Dubai leadership. He said more transplantations within the DHA are to come with one on liver on the pipeline.

The Feb.10 kidney transplantation was the first to be performed at a public facility in Dubai after the passage into law of the Federal Decree No. 5 of 2016, the legislative framework for organ transplantation in the UAE in accordance with the latest international health standards set forth by globally-recognised bodies, not only to protect the rights of patients and donors but to quell any inhumane act such as organ trafficking.

Meet the Indian girl who donated organs to save 3 lives

Hospital-Nephrology Department head/consultant Dr. Amna Khalifa Al Hadari said Khalid was first admitted in 2016. It was discovered through a series of clinical examinations that his kidneys had been extremely damaged by an autoimmune disease which required a thrice-a-week/four hours-a-day dialysis since.

“There was immunity disturbance.”

Twenty-five surgeons, medical specialists and nurses attended to the siblings on Feb.10 and six weeks prior to the extensive well-rounded preparations which included medical tests, psychological and guidance counselling, and patient-donor education/ awareness on the complex procedure.

Dr. Andrea Risaliti, a transplant surgeon responsible for 1,000 kidneys, 900 livers and pancreas in the 30 years of his experience in the US, in his home country of Italy where he had set up three transplantation centres, and Kazakhstan, was the medical team head for the actual transplantation. 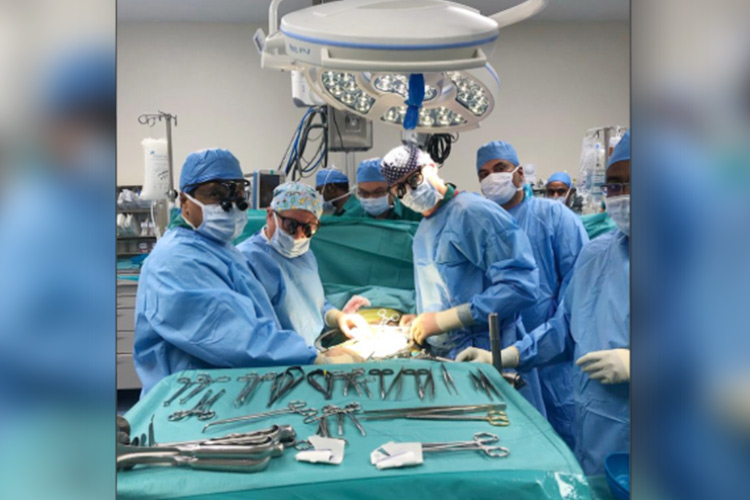 The DHA-Organ Transplant Committee chairman/DHA General Surgery consultant came to know about Khalid’s state and met him some time in the late quarter of 2019. A meeting with Aysha followed.

Risaliti and Hospital-Robotics surgeon/Urology consultant Dr. Yasser Ahmad Al Saeedi, in-charge of the kidney extraction from Aysha, pointed out that the best option for organ transplantation is from a healthy living relative, especially if  “severely chronic and end-stage.”

Risaliti said it is a standard procedure in all organ transplantations that both recipient and donor be well-informed and fully understanding of what they are going through, would undergo during the organ retrieval and transplantation, and the post-operative phase.

“It is a lengthy process. They must be prepared. So all the clinical tests, the CT (computerised tomography) scan, psychological works.”

He said the donated kidney from a living donor has to be immediately soaked in a “special solution to keep it alive” before adding this to the patient, “within 20 minutes if the surgeon/s is/are already (adept).” 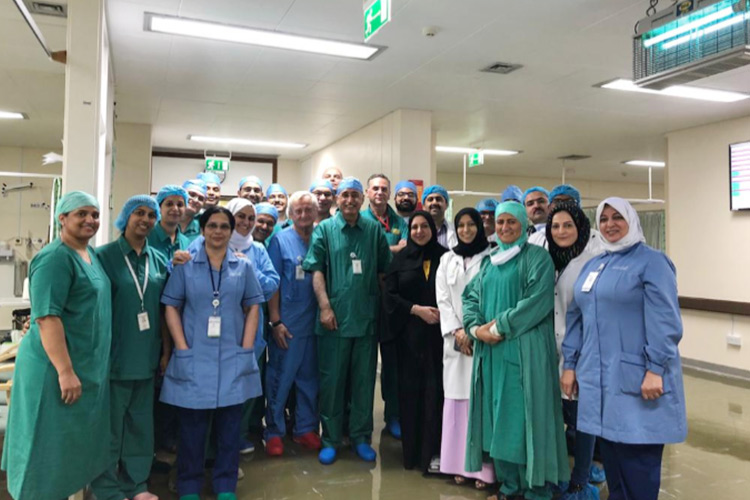 The Dubai Hospital medical team poses for a photograph after the kidney transplantation.

Al Saeedi and his sub-team members determined it was Aysha’s right kidney as the more appropriate organ for transplantation, after she had undergone a CT scan on her kidneys from which a detailed replica of these was produced out of the 3D printing technology utilised at the health facility since five years back.

The 3D replica aided them in performing the “laparoscopic donor nephrectomy which is the internationally-preferred procedure for kidney removal in living donors, because it offers quick recovery, is less painful, and entails a shorter hospital stay.”

The siblings whose hospital stay included some time at the intensive care unit were discharged separately, Khalid after 10 days and Aysha after five days.

Both were grateful to all those with them.