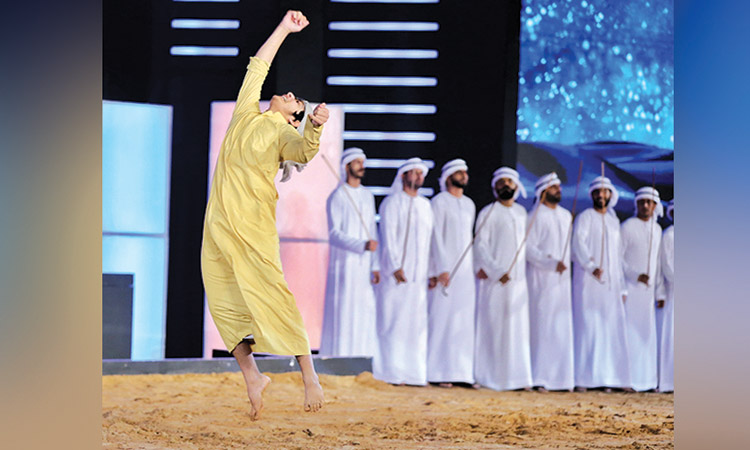 The contestants made a distinctive presentation of preserving their heritage.

The Heritage Village established in the Global Village saw a large number of Emiratis who attended the semi-finals of the ongoing Youlah Championship and cast their vote to nominate the winners for third and fourth places.

The performances of both contestants won the support of the audience comprising not only a large number of Emiratis but also many from other Arab countries who witnessed the local heritage event.

Rashid Sultan Al-Darmaki won the third place while Easa Mehmas Al-Ahbabi won the fourth position as a result of public and followers’ voting. The announcement was preceded by moments of tension before the revelation of the two toppers who competed in the last episode within the 20th edition of the Fazza Youllah championship and the 15th episode being organised by the Hamdan Bin Mohammed Heritage Centre (HHC) in Global Village Dubai.

With the announcement of the ranking of the centres in the Golden Square and the third and fourth place holders, the suspense continued in a fiery episode between the contestants for the first and second positions: Sultan Abdullah Al Rasheed Al Ketbi (voting number 1) and Jumaa Obaid Al Ali (voting number 12). Amidst the chants of the fans at Al Meydan in Global Village, despite the intense competition, the contestants were able to show off a unique match that won the admiration of the fans and drew near to winning the championship title and the Fazaa Championship title.

Souad Ibrahim Darwish, Director of Championships at the HHC ,pointed out the importance of this episode in identifying the title holder and said: “This stage depends on the support of the fans, so the prospective field knight and who will win the Fazaa Cup is the one who gets the highest percentage of the public votes. Despite the strong levels of convergence between the Youlee (the performer) who qualified to the Golden Square, we consider them all to have won, and that they were an elite who distinguished themselves in preserving their heritage, that responsibility that they were entitled to during the weeks of this youth program and this qualitative championship, and we wish them success and the rest of the Youlee, hoping that they will continue to take responsibility for preserving their cultural heritage and the societal values that characterise the United Arab Emirates. Souad Ibrahim concluded that the last episode of the announcement of finals will be held on Mar.6, in order to give the masses an additional opportunity to vote as usual, while the final episode will be with a heritage ceremony no less impressive than the past years. 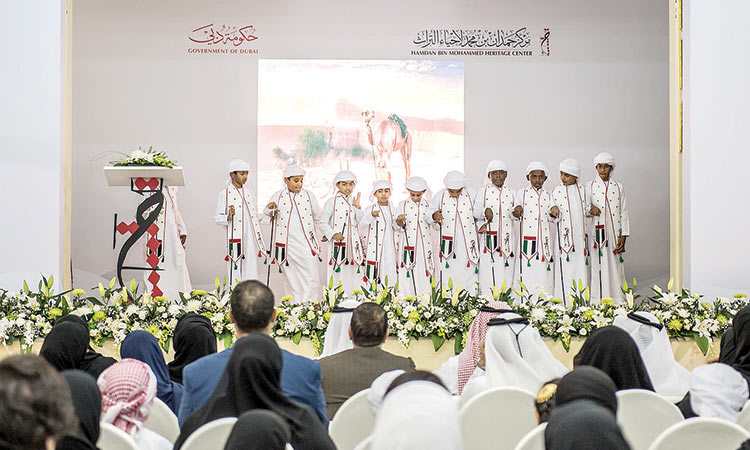 The Global Village has decided to suspend shows until further notice and fireworks for the next two weeks. The suspensions are effective form Wednesday (Feb.3,2021).