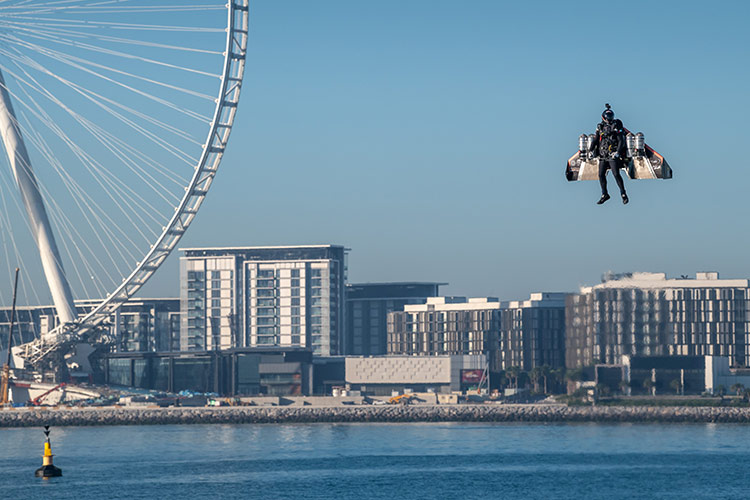 Jetman Vince Reffet takes off from a launchpad in Dubai.

At the end of a 3-minute flight punctuated by a roll and a loop at 1800m altitude, Jetman Reffet opened his parachute at 1500m before landing back at Skydive Dubai. 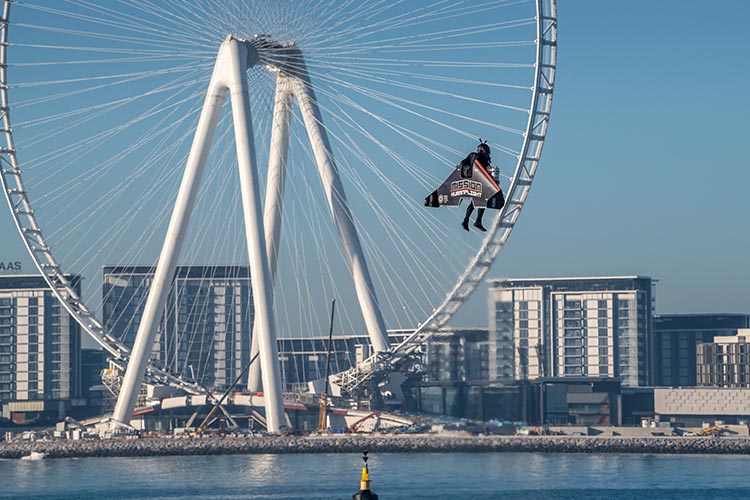 Reffet was equipped with a carbon fibre wing powered by four mini jet engines. Controlled by the human body, the equipment enables the jetman to reach speeds of 400kmh, as well as hovering, changing direction and performing loops.

After becoming airborne at the aerial centre by Jumeirah Beach, Reffet hovered five metres above the waters of the Arabian Gulf for 100 seconds. Having demonstrated his full control of the flight by performing stops, turns and backward moves, he landed smoothly back onto the Skydive Dubai runway. 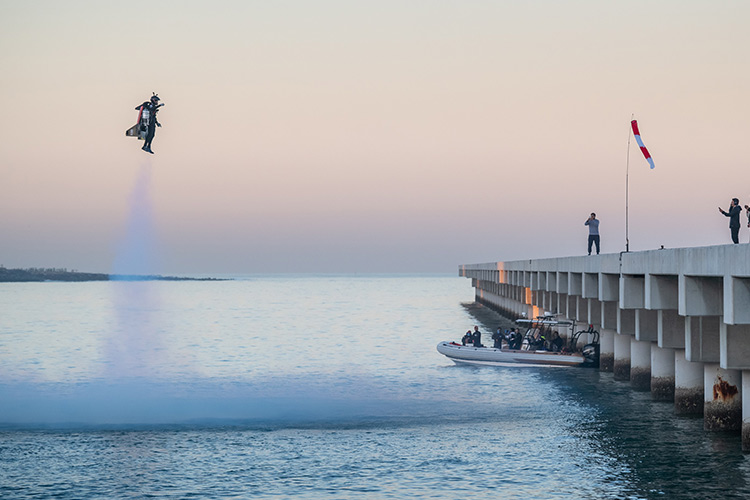 Vince Reffet checks his equipment just after the takeoff.

Reffet then took off again and headed south towards Jumeirah Beach Residence, building speed and height. Travelling at an average speed of 240kmh, he climbed 100m in the air in eight seconds, 200m in 12 seconds, 500m in 19 seconds and 1,000m in 30 seconds.

At the end of his three-minute flight, Reffet performed a roll and a loop at 1,800m altitude, before opening his parachute at 1,500m and landing back at Skydive Dubai.

This is the first time that a Jetman pilot has combined hovering safely at a low altitude and flying aerobatics at a high altitude in the same flight. 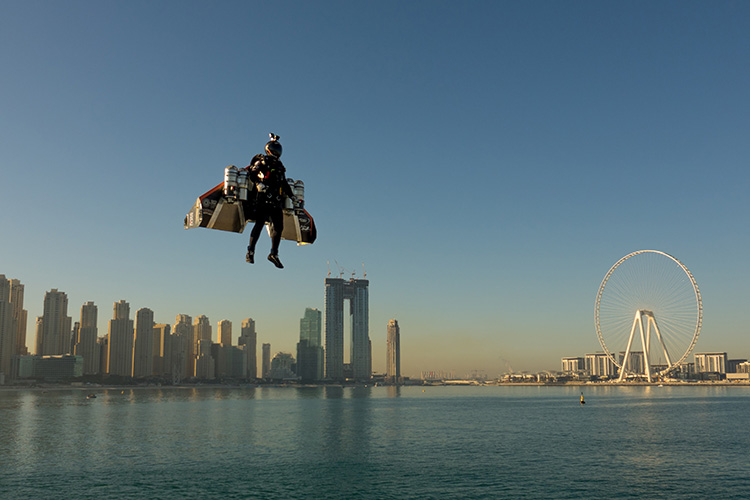 Together they built and adjusted a manually controlled thrust vectoring nozzle that allows the pilot to control rotations around the yaw axis at zero speeds, making human control of the wing possible in all flight phases without the aid of any electronic stabilisation systems.

The capital police urged job seekers to be cautious and not be taken in by fraudulent employment websites, which deceive people and claim to offer job opportunities that require the payment of fees, noting that credible employment companies do not charge fees or ask for personal information.

The Dubai Public Prosecution referred an Arab man and an Asian runaway accomplice to criminal court, for stealing Dhs642,000 from a businessman in Dubai.