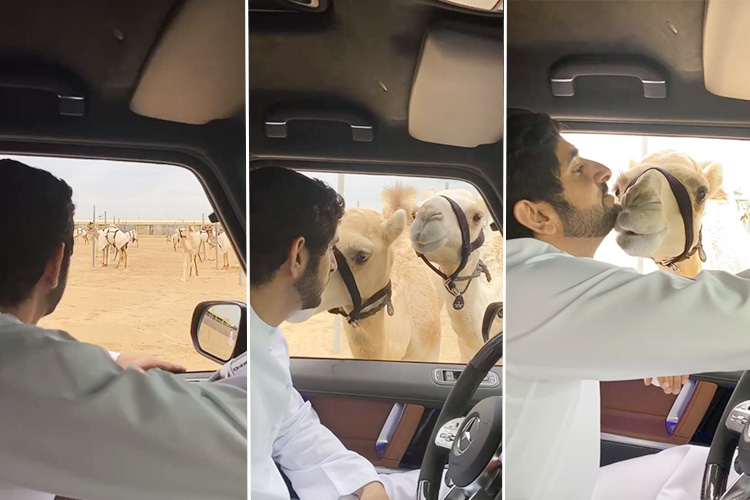 A combo image shows Sheikh Hamdan with Emaar and Al Faris in Dubai.

The video shows Sheikh Hamdan at the wheel of his Mercedes G63 call out to Emaar and Al Faris.

At first, the camel Al Faris responds to Hamdan’s call and comes over.

Al Faris then runs to Emaar to deliver the message in a surreal video.

Both Emaar and Al Faris come over to Hamdan and share their love for the Crown Prince.

The video garnered over 1.4 million views on the social media platform.

Netizens have praised Sheikh Hamdan for his unique knack for dealing with animals.

Sheikh Hamdan is an avid lover of nature and animals. He shares breathtaking photographs and videos of his whereabouts on Instagram.