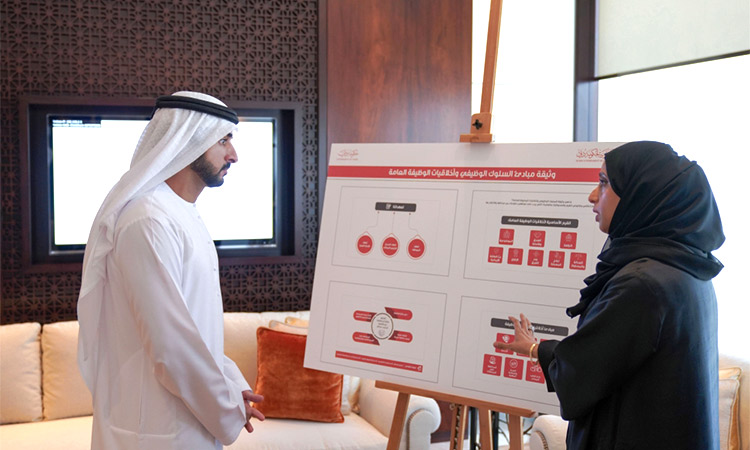 Sheikh Hamdan being briefed in Dubai on Thursday. WAM

The document outlines the regulatory and legal framework for the values and behaviour that should be adopted by government employees while exercising their public duties both within and outside the work premises, in accordance with current legislation. Employees of all government entities are subject to this code of conduct and ethical standards.

Sheikh Hamdan said that in line with the directives of His Highness Sheikh Mohammed Bin Rashid Al Maktoum, Vice President, Prime Minister and Ruler of Dubai, the Dubai Government seeks to enhance its human capital through laws and legislations that enable its employees to perform according to the highest international standards.

"The Government of Dubai is committed to supporting its human capital and providing the environment necessary for them to enhance their performance and skills, in addition to ensuring the sustainability of our development plans and achieving our objectives and aspirations," Sheikh Hamdan said.

The document was approved in the presence of Secretary-General of the Executive Council Abdulla Al Basti, and Director-General of Dubai Government Human Resources Department Abdullah bin Zayed Al Falasi.

Al Falasi said the document was prepared based on the directives of Sheikh Hamdan who has always stressed on the need to ensure a supportive and productive work environment in all government entities. "The document seeks to promote the values of loyalty and belonging to the nation as well as the highest ethical standards and professional values," he added.

The document, which takes into account the individual differences and cultural diversity of employees, seeks to protect employee rights and provide a safe and fair work environment free of discrimination. The document also sets out a clear policy to improve the performance and productivity of employees, and provides mechanisms to address grievances. 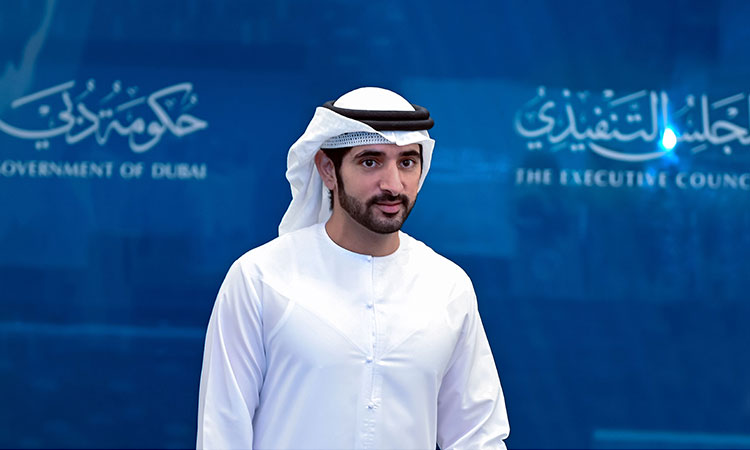 The 'Saving Scheme' will be supervised by the Dubai International Financial Centre (DIFC) in partnership with several international investment firms that provide attractive and safe investment opportunities. 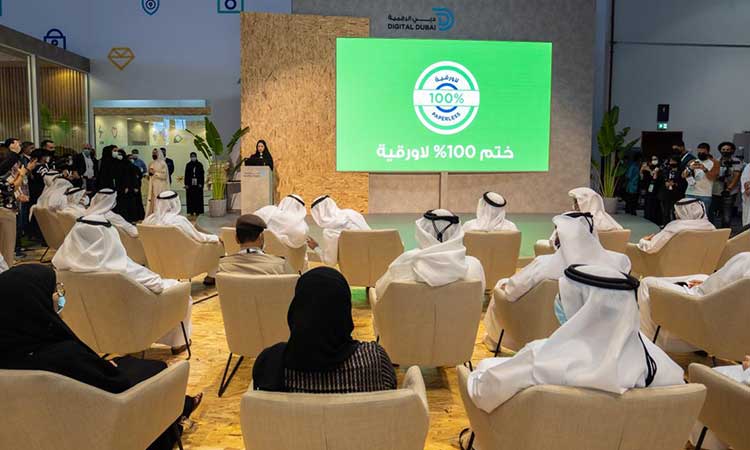 A total of 43 Dubai Government entities taking part in the Strategy have succeeded in digitalising their internal and external processes. Collectively, they offer more than 1,800 digital services and boast over 10,500 key processes.