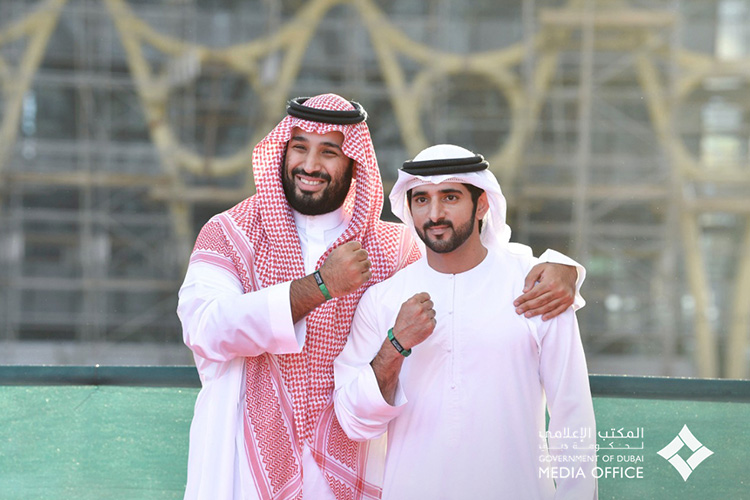 Sheikh Mohammed welcomed Prince Mohammed Bin Salman to the UAE, and highlighted the strategic relation between the two nations. During the meeting, they discussed topics of mutual interests and ways of developing it. 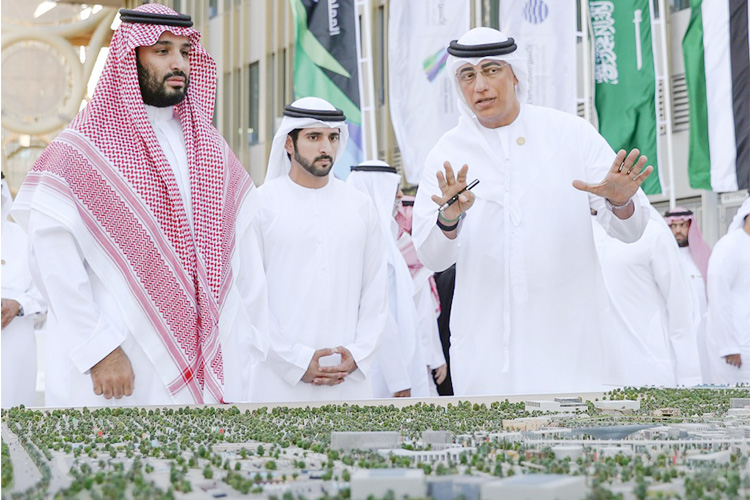 Prince Mohammed Bin Salman is being briefed about the Expo projects.

Sheikh Hamdan said Prince Mohammed Bin Salman's keenness to visit the headquarters of the Expo 2020 reflects the keenness of the Kingdom of Saudi Arabia to support this great global event because of the great value and importance of Saudi participation and the Kingdom's qualitative and strategic weight. 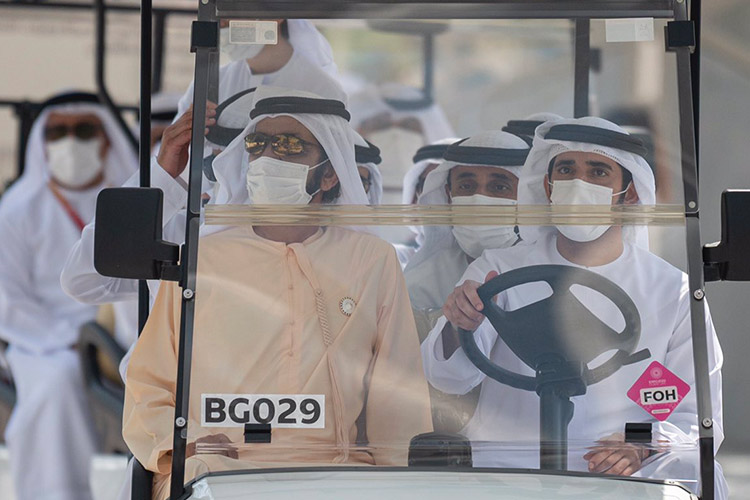