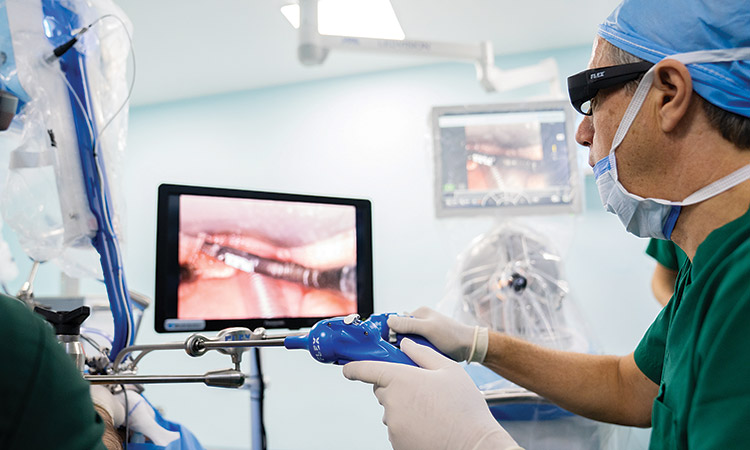 The surgeries were performed at the Al Kuwait Hospital in Dubai.

In a new medical milestone in the Middle East, the Ministry of Health and Prevention (MoHAP) revealed that the medical team at Al Kuwait Hospital, Dubai, has successfully performed two surgeries using advanced surgical robot technology.

The new achievement enhances the competitiveness of Al Kuwait Hospital thanks to its highly skilled medical competences and state-of-the-art equipment.

In more detail, the ENT department of Al Kuwait Hospital has developed a treatment plan for the Laryngeal cancer case and prepared the patient for the surgery after necessary medical examinations have conducted.

The surgery was performed using the latest generation of robots in the Middle East, supported by the competency and expertise of the medical staff to perform such sensitive surgeries, in which a lot of challenges are faced.

To this day, making an incision (cut) on the front of the neck and opening a patient’s larynx were required in such operations, the matter which has dangerous consequences.

While the surgical robot makes it possible to perform the surgery in a better way by removing the tumor through the mouth without having any negative effects on the patient’s speech or swallowing.

While highlighting MoHAP’s outstanding record in robotic surgery field, especially in robot-assisted cardiac surgery using the “Da Vinci” and “Corriandos” robots, Al Serkal added: “We have a strategy for bringing more surgical robots in the coming stage and providing the medical teams with the necessary training for using them.”