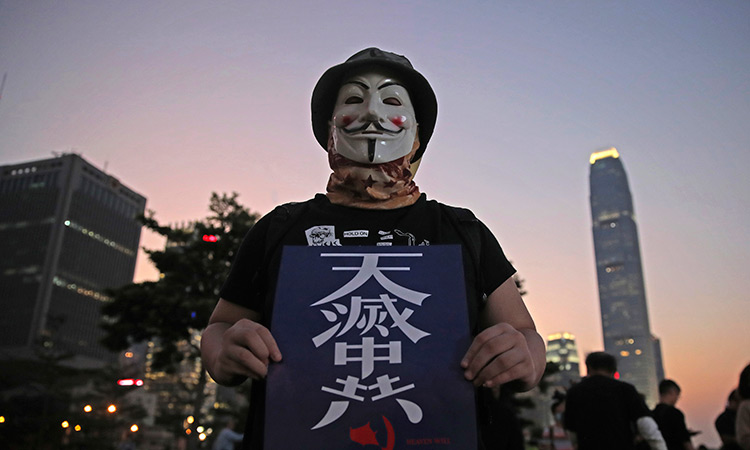 A man protests at a vigil for student Chow Tsz-Lok in Hong Kong. AP

Hong Kong protesters suggested they could hold rallies at a several major shopping malls on Sunday, a week after similar gatherings resulted in violent clashes with police.

Last weekend, anti-government protesters crowded into a shopping mall when a man slashed people with a knife and bit off part of the ear of a politician.

Hong Kong protesters to rally in support of Catalan activists

Several other gatherings are planned for elsewhere in the city, to protest against police behaviour and perceived meddling by Beijing in the politics of the Asian financial hub. 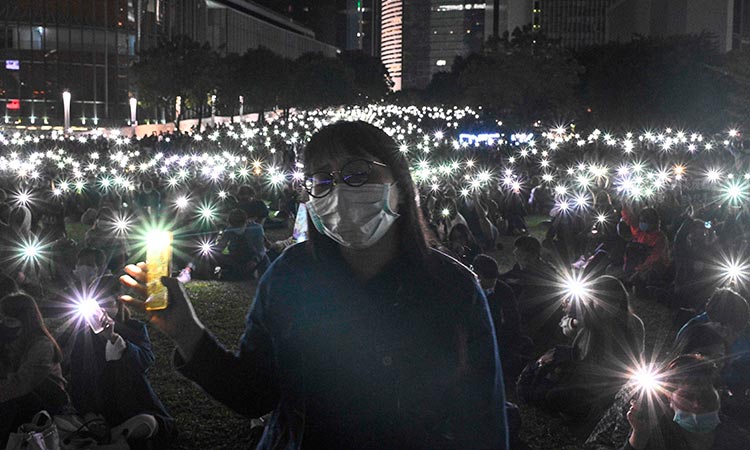 People light their mobile phones during a prayer rally for the student Alex Chow in Hong Kong. AFP

China denies interfering in Hong Kong, but the protests have become the worst political crisis in the former British colony since it returned to Chinese rule in 1997.

Thousands of people gathered on Saturday night at a vigil for "martyrs", after a student died in hospital this week following a high fall.

Though the vigil ended peacefully, many attendees called for revenge after the student's death from injuries sustained during a protest.

Protesters have also called for a general strike on Monday and for people to block public transport, although when such calls have been made in the past they have come to nothing. 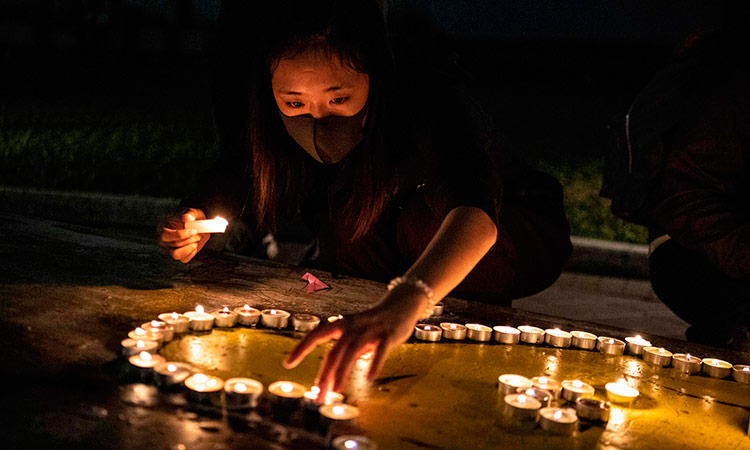 A woman lights candles in honour of student Alex Chow who died during a recent protest in Hong Kong. AFP

As they departed Saturday's vigil, a number of people shouted "strike on Monday" and "see you on Monday".

Riot police responded with tear gas, pepper spray, and at least one round of live ammunition fired as a warning shot to protesters who had barricaded a street. 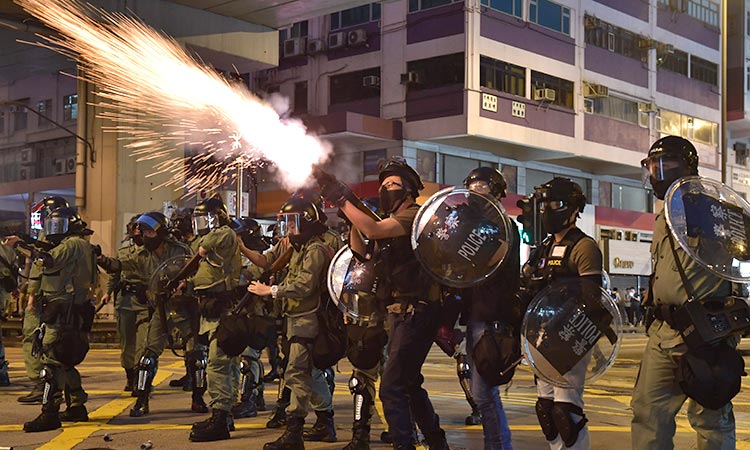 Protesters threw petrol bombs at the Tsim Sha Tsui police station on Kowloon peninsula after police inside fired volleys of tear gas to disperse demonstrators on the street. 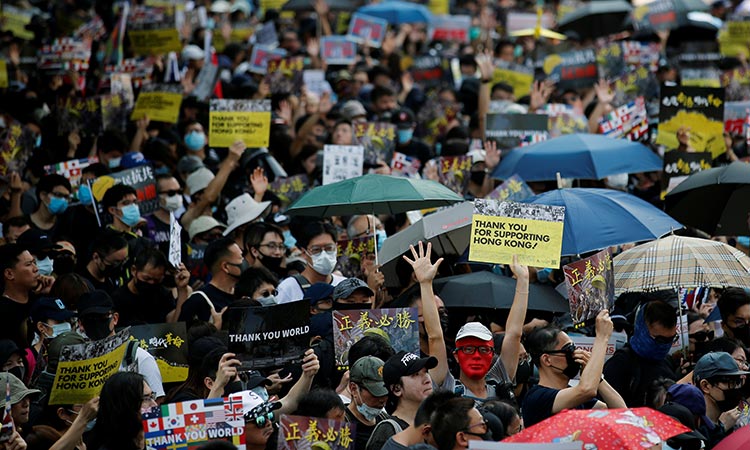 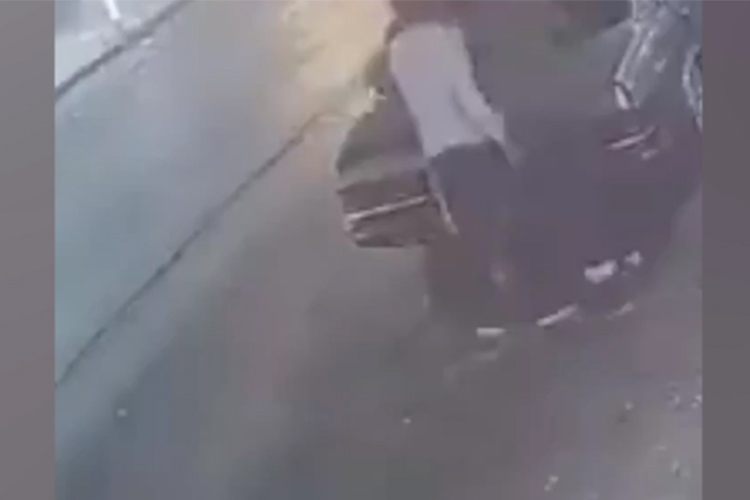 VIDEO: Man beaten, kidnapped on a busy highway in Jordan

The social media users wondered about the lack of security and criminal activities reaching at a frightening level, especially with the recurrence of burglaries and crimes in the recent period.