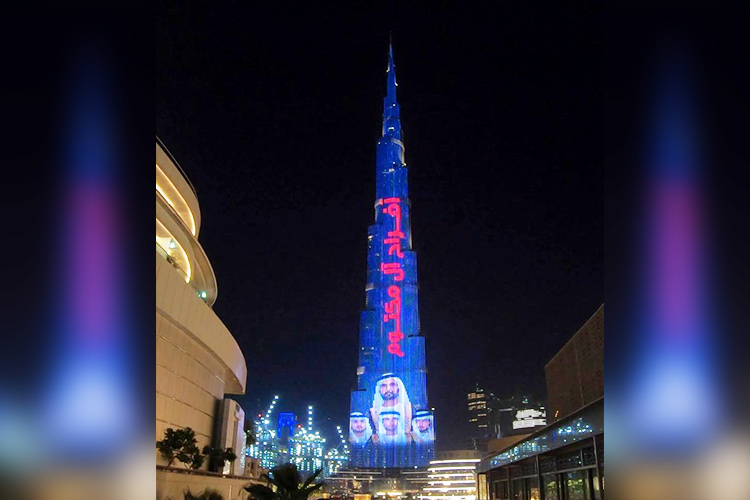 A video grab of the Burj Khalifa's message.

Last week, the news of the wedding of the sons of Sheikh Mohammed spread like wildfire.

Residents across the seven emirates were sending greetings on social media platforms to the newly-weds.

The wedding took place last Wednesday and ever since it is trending on social media.