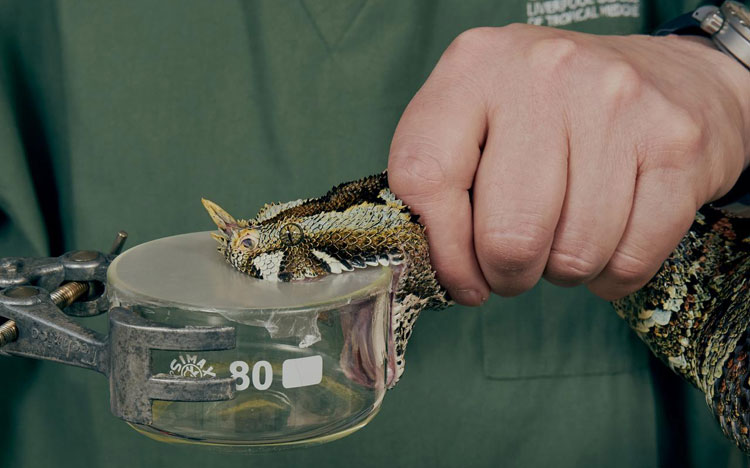 A global health trust is to inject 80 million pounds ($102 million) into finding more modern and effective treatments for snakebites - a “hidden health crisis” that kills 120,000 people a year and maims thousands more.

The project, launched by Britain’s Wellcome Trust global health charity on Thursday, aims both to improve the world’s supply of antivenoms - the only current treatment for snakebites - and to develop new and more effective drugs for the future.

“Snakebite treatment is essentially reliant on a 100-year-old process,” said David Lalloo, a professor and director of Britain’s Liverpool School of Tropical Medicine.

A dire lack of funding for scientific research has severely limited progress in this field of medicine, leaving thousands to die unnecessarily, Lalloo told reporters at a briefing.

Philip Price, a specialist in snakebite science at Wellcome, said venomous snakebites kill around 120,000 people a year - mostly in the poorest communities of rural Africa, Asia and South America - and called it a “hidden health crisis.”

Another 400,000 suffer life-changing injuries such as amputations, which can push already deprived families into even greater poverty, he told the briefing.

The World Health Organisation (WHO) is due later this month to publish a “Snakebite Roadmap” that will aim to halve deaths and disability from snakebites by 2030.

The current treatments - antivenoms - are manufactured by injecting horses with small and relatively harmless amounts of snake venom and then harvesting their blood to use in treating humans - a 19th century technology with no common safety or efficacy standards.

The technique also carries high risks of contamination and side effects, expert say, and means victims must be treated in hospitals, sometimes far from the rural settings where most bites occur. Treatment is often too expensive for victims to afford, and often it is administered too late to save lives.

Added to these problems, there is a shortage of antivenoms that will work for the populations most at risk. In Africa, for example, up to 90 per cent of antivenoms available could be ineffective.

Mike Turner, Wellcome’s director of science, said there was a clear and urgent need for progress.

“Snakebite is - or should be - a treatable condition,” he said. “While people will always be bitten by venomous snakes, there is no reason so many should die.”

This doctor by doing such an act, he offended the legislation in force in the country. It was an explicit violation of the experimental protocol and confidentiality agreements, the DoH-Abu Dhabi said.