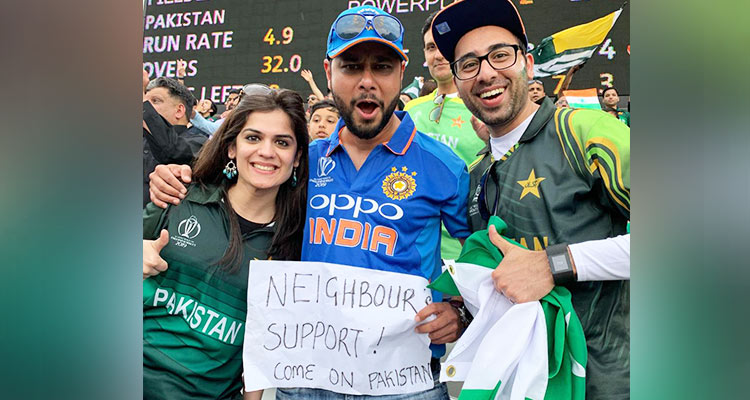 The man was seen holding a placard which read 'Neighbour's Support! Come On Pakistan'.

A backlash from their fans had put them on the backfoot after the India game, but as Pakistan cruised towards victory against South Africa in their World Cup game at the Lord's on Sunday, they also found support from Indian fans.

A photo of a man at Lord's wearing the Indian jersey but cheering for Pakistan went viral on social media. The man was seen holding a placard which read 'Neighbour's Support! Come On Pakistan'.

The entire Pakistan team, including head coach Arthur and captain Sarfaraz Ahmed, had to face a lot of brunt from former cricketers and fans on social media post their 89-run defeat to the Men in Blue at Old Trafford on June 16.

However, on Sunday, Pakistan came out with a much improved performance and defeated South Africa by 49 runs, thus knocking them out of the competition.

Pakistan now have five points from six games and they need to win their remaining three fixtures against New Zealand (Wednesday), Afghanistan (Saturday) and Bangladesh (July 5) in order to make it to the semi-finals.