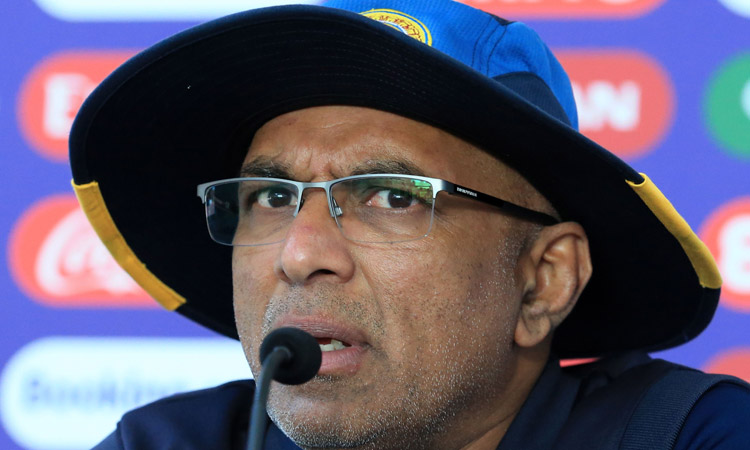 Chandika Hathurusingha insisted on Monday he would remain Sri Lanka's cricket coach despite pressure to step down after their World Cup exit.

Local media reported Monday that Sri Lanka sports minister Harin Fernando was unhappy with Hathurusingha's performance and that he would be asked to step down.

But Hathurusingha told reporters on landing back in Colombo that though he had expected better from the team he would still see out his contract as coach.

"I have another 16 months," Hathurusingha said. "I hope to remain until my contract runs out."

Asked if accepted responsibility for Sri Lanka failing to qualify for the semi-finals, Hathurusingha said the entire team management should share the blame.

"All of us must accept responsibility for what happened. I think we expected better performance... We have to think. We must learn from this and move forward. I think I have done to the best of my ability."

Sri Lanka lost four and won three matches at the World Cup with two abandoned due to rain.

"If the head coach refuses to step down, we can't force him out, but we can appoint another above him," Fernando was quoted as saying in the mass-circulation Lankadeepa daily.

Sri Lanka cricket was in crisis when Hathurusingha was appointed in December 2017 after a successful three-year spell in charge of Bangladesh during which he presided over Test wins against England and Australia.

Sri Lanka at the time had just been hammered in Tests by India home and away and had played poorly in one-day internationals.