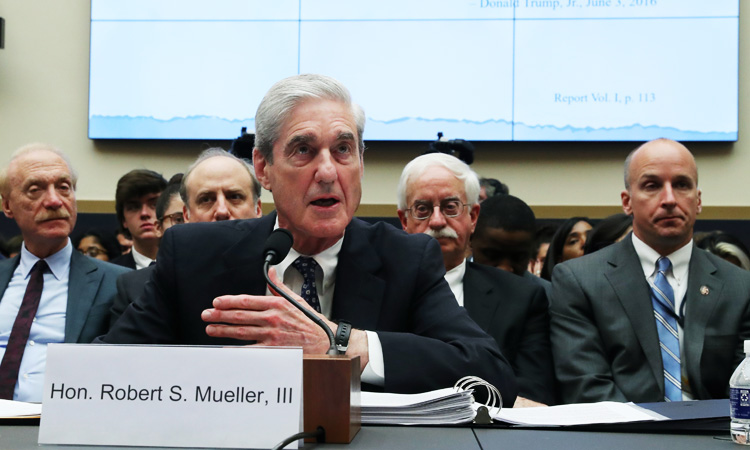 Claiming “victory” in two high-profile hearings on Wednesday with former US Special Counsel Robert Mueller, Democrats in the US House of Representatives vowed to push forward with their investigations of President Donald Trump.

Court action could come as soon as on Thursday or Friday, with the Democrats’ determination pointing to many more months of digging by lawmakers into Trump, his presidency and private business interests. But the outlook for impeachment proceedings seemed as remote as ever even as Trump seeks re-election in 2020. 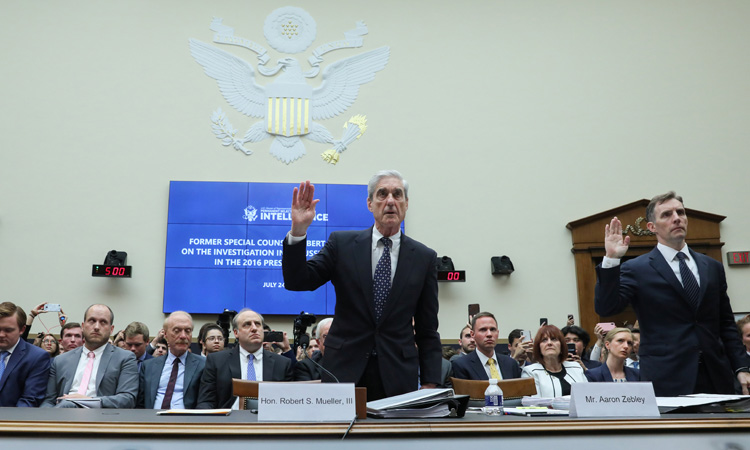 Robert Mueller is sworn in to testify before House Intelligence Committee hearing in Washington. Jonathan Ernst/Reuters

Shortly after Mueller testified to two House committees on his investigation of Trump and Russian meddling in US politics, House Judiciary Committee Chairman Jerrold Nadler said his panel would go to court in the next two days.

He said the committee would move to enforce a subpoena against former White House counsel Don McGahn and ask the court for grand jury material related to Mueller’s probe. McGahn, who was a star witness in Mueller’s 448-page final report, has refused to testify to Nadler’s committee. 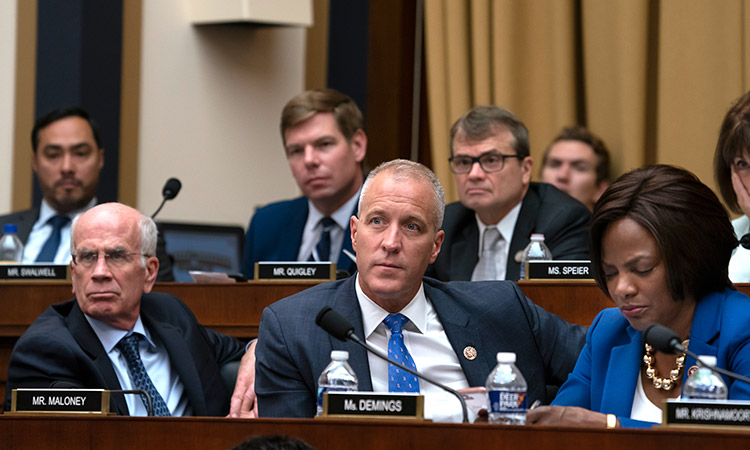 “The excuses - I won’t call them reasons - the excuses that the White House gives for McGahn not testifying ... are the same excuses for all the other fact witnesses. And if we can break that, we’ll break the logjam,” Nadler said at a news conference with House Speaker Nancy Pelosi and other committee chiefs.

Democrats had hoped Mueller’s televised testimony to the House Judiciary and Intelligence committees would stir public opinion and jump-start their investigation of the Republican president.

Although Mueller refused to stray from his report and challenged some conclusions that Democrats drew from its contents, they insisted his testimony underscored evidence that Trump repeatedly sought to obstruct the Russia probe. 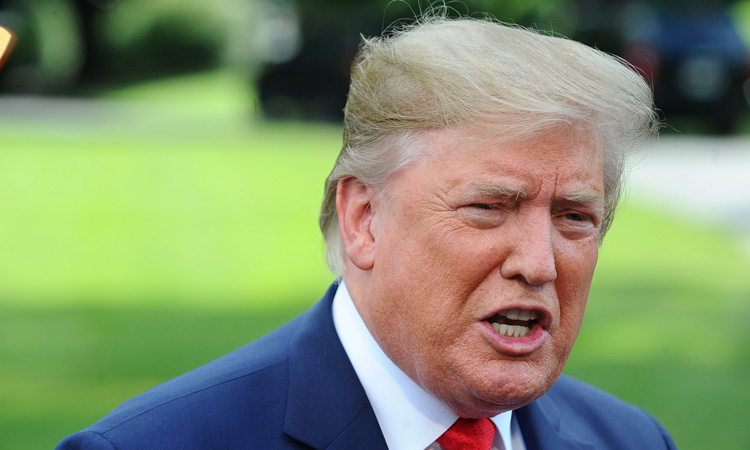 Trump speaks to the media in Washington. Mary F. Calvert/Reuters

“This is a great victory for the truth and for the possibility of justice in the country, because America finally got to see what Special Counsel Mueller was talking about,” Democratic Representative Jamie Raskin told reporters.

His view differed sharply from that of Trump, who told reporters after Mueller’s seven hours of testimony that “this was a very big day for the Republican Party. And you could say this was a great day for me, but I don’t even like to say that.”

“The Democrats had nothing,” Trump said, repeating his attacks on the Russia probe as a hoax and witch hunt.

Mueller’s report on his 22-month investigation, released in mid-April, found insufficient evidence to allege that the Trump campaign conspired with Moscow in its effort to help Trump get elected in 2016, although campaign officials met with Russians. 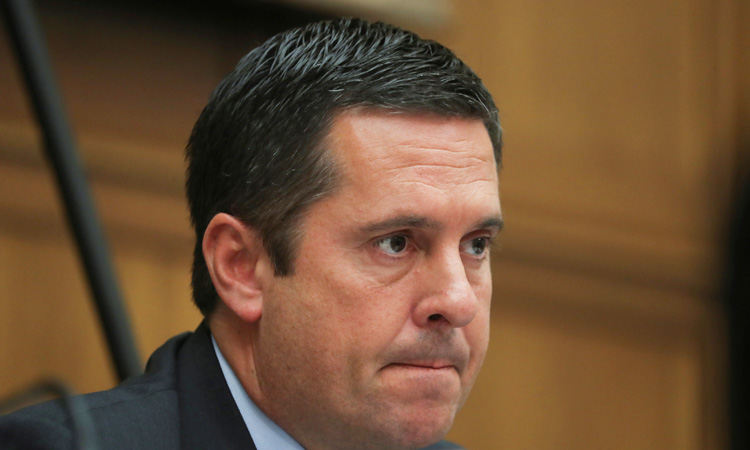 The report provided no view on whether Trump tried to obstruct Mueller’s inquiry. Both issues dominated the Wednesday hearings, in which Mueller emphasised he had not exonerated Trump of obstruction of justice, as the president has claimed, but sometimes struggled to keep up with lawmakers’ questions and gave occasionally halting answers.

There was little sign Mueller’s testimony would lead to a groundswell of enthusiasm among Democrats for starting impeachment proceedings against the president, although House Democrat Lori Trahan joined about 90 others who say it is time to begin an impeachment inquiry.

Pelosi, who opposes moving forward on impeachment for now, said Democrats wanted to assemble the strongest case possible, focusing her remarks on Trump’s personal finances and his business connections. 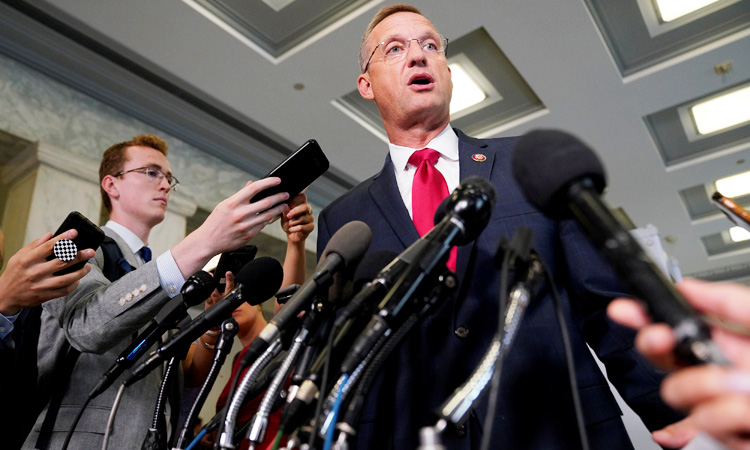 “One of those connections could be to the Russians and that’s what we want to find out,” she said.

Congress is slated to leave Washington at the end of the week for a long summer break, returning in September.

A House Democratic lawsuit has long been expected against McGahn, whom Democrats view as a central figure in their probe into whether Trump tried to obstruct Mueller’s inquiry. McGahn testified to Mueller that Trump instructed him to have the special counsel removed and to deny having been told to do so.

Testimony from McGahn to that effect at an open hearing could give Democrats the evidence they need for an impeachment inquiry. McGahn declined to testify earlier this year, after the White House directed him not to cooperate with the committee.

“The president’s chant of ‘no obstruction’ is nonsense. His chant that he’s been ‘totally exonerated’ is a simple lie,” said Nadler, one of a half-dozen Democratic committee heads steering investigations of the president.

Democratic Representative Ted Deutch said Democrats would “accelerate the investigation and take whatever action is necessary to hold the president accountable.” 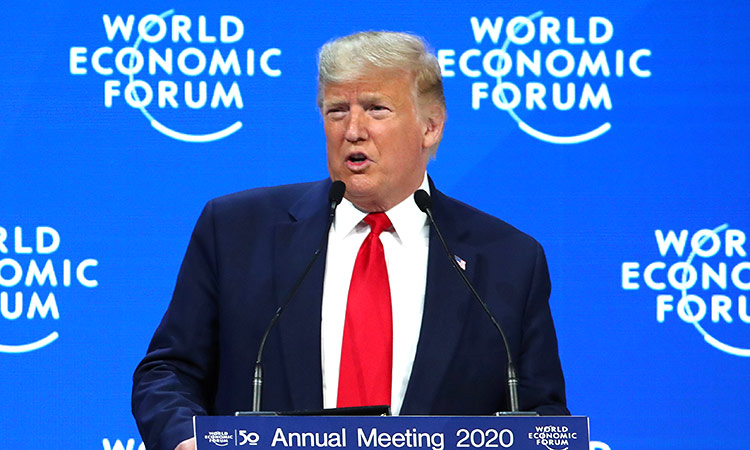