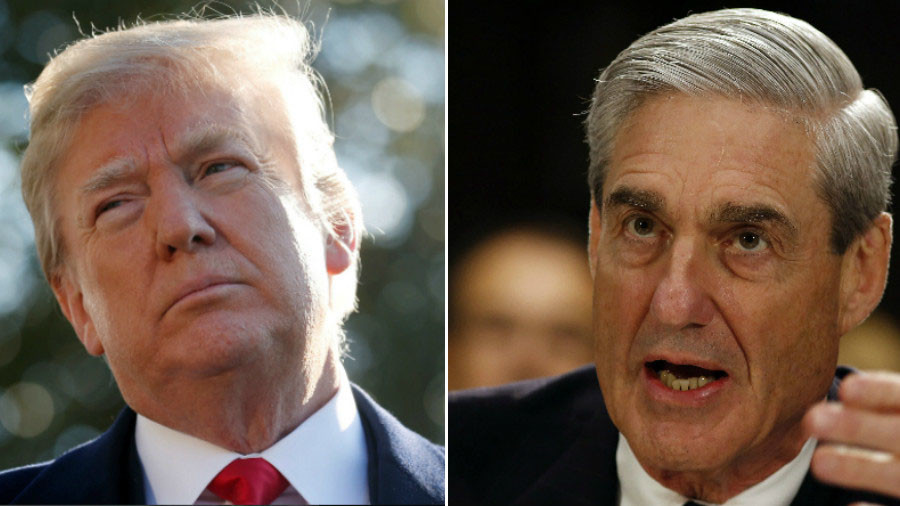 Nearly four weeks after President Donald Trump declared himself completely exonerated, Americans will on Thursday get a chance to see the evidence themselves with the release of Special Counsel Robert Mueller’s final report on Russian meddling in the 2016 election.

Widespread doubt and suspicion has remained in the air despite Attorney General Bill Barr’s March 24 statement that the Mueller investigation found no criminal collusion by Trump’s 2016 campaign with Russia, and insufficient evidence of obstruction of justice.

The details of the 400-page report — which could come out with heavy redactions — could determine whether Democrats in Congress pursue impeachment of the president.

They could also have an impact on Trump’s chances for re-election in 2020.

Barr and Deputy Attorney General Rod Rosenstein, who oversaw the 22-month Mueller investigation, plan a press conference at 9:30am (1330 GMT) Thursday morning to discuss the report.

But the report will not be given to Congress until between 11:00am and 12:00pm, House Judiciary Committee Chairman Jerry Nadler told a news conference, saying Barr “appears to be waging a media campaign on behalf of President Trump.”

Since Barr’s brief summary of the findings on March 24, Trump has alternately heralded a victory over his opponents and blasted the investigation as illegitimate and an “attempted coup” against his government.

The report was a “complete and total exoneration,” Trump declared after Barr gave his summary.

Then on Monday, he lashed out at the investigation, which since the beginning he has labelled an illegal “witch hunt.”

“The Mueller Report, which was written by 18 Angry Democrats who also happen to be Trump Haters (and Clinton Supporters), should have focused on the people who SPIED on my 2016 Campaign, and others who fabricated the whole Russia Hoax.”

“Since there was no Collusion, why was there an Investigation in the first place! Answer - Dirty Cops, Dems and Crooked Hillary!”

Trump poised to fight back

The White House appeared poised on Thursday to fight back.

According to news reports, Trump’s team has spoken with Justice Department officials in recent days on what the report says in order to prepare their response.

Trump lawyer Rudy Giuliani told reporters that he is preparing a detailed “counter report” focusing on the obstruction allegations.

And Trump told local Washington radio station WMAL that he might hold a press conference as well.

“This should never happen to a president or to this country again, what took place,” he said of the investigation.

“You’ll see a lot of very strong things come out tomorrow. Attorney General Barr is going to be giving a press conference. Maybe I’ll do one after that; we’ll see,” he said.

The report will focus on the primary target of the investigation: the extent of Russia’s efforts to meddle in the 2016 presidential election and tilt it in Trump’s favor.

Much of that story has already been told by Mueller in court filings, in which he charged 26 Russians and three Russian companies with conspiracy.

The report should also summarize the already-known charges brought against six former Trump aides, and explain why none of them, or anyone else, was charged in the conspiracy that involved Russians.

And it will likely have information on the most potent allegations against Trump on obstruction of justice.

Despite Trump’s claim that he was exonerated by Mueller, Barr’s summary revealed that, on the obstruction of justice allegation, Mueller in fact declined to reach a conclusion on the evidence.

And newspaper reports cited an unnamed member of Mueller’s team as saying Barr, in saying the obstruction evidence was “not sufficient” to charge a crime, downplayed the evidence.

The report’s release nevertheless will not clear the air of doubts.

Barr warned ahead of time that he will have to sanitize it of major parts — testimony given to grand juries that Mueller convened for the investigation, information from intelligence sources, and information related to ongoing investigations, information on people not charged.

Because of that, Congress has demanded Barr hand over the unredacted version to make sure his edits aren’t protecting Trump.

Nadler is poised to subpoena the entire Mueller report and various congressional bodies are angling to have Barr testify, and possibly Mueller after that.