1,300 passengers to be airlifted from cruise ship in storm off Norway - GulfToday 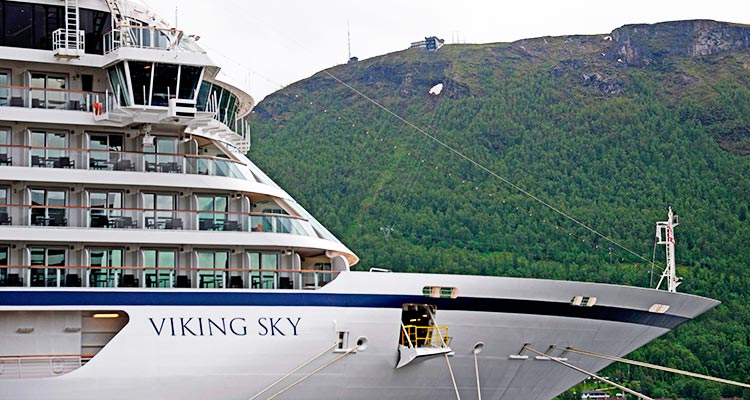 Emergency services said they were airlifting 1,300 passengers off a cruise ship off the Norwegian coast.

OSLO: Rescuers were working Sunday to airlift more than 1,300 passengers and crew off a cruise ship after it got into difficulty in rough seas off the Norwegian coast.

At that stage, the authorities decided to launch a helicopter airlift in very difficult conditions rather than run the risk of leaving people on board.

"We would rather have the passengers on land rather than on board the ship," police chief Tor Andre Franck said.

By early Sunday, the crew had managed to restart three of its four engines.

The vessel was making slow headway at two to three knots off the dangerous, rocky coast and a tug would help it towards the port of Molde, about 500 kilometres northwest of Oslo, officials said.

Five helicopters were scrambled along with coastguard and other rescue vessels.

Police said 338 of the 1,373 people on board had so far been taken off by helicopter, with each chopper able to take 15-20 people per trip.

"We were having lunch when it began to shake. Window panes were broken and water came in. It was just chaos. The trip on the helicopter, I would rather forget. It was not fun. 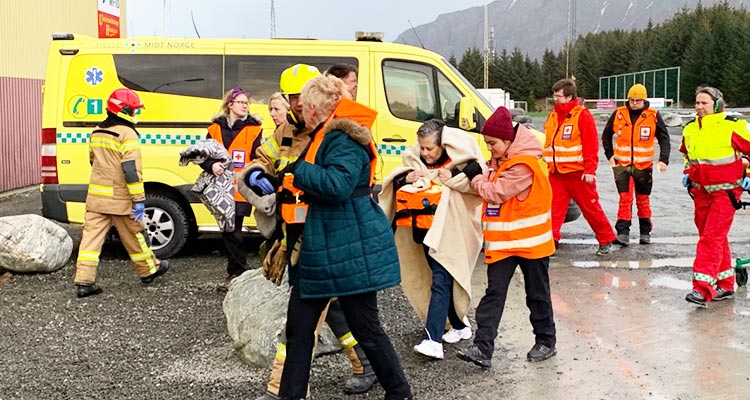 Stranded passengers that were rescued by helicopter from the cruise ship Viking Sky are pictured on the west coast of Norway near Romsdal.

A second vessel, a freighter with a crew of nine, was also being evacuated nearby after suffering engine failure, diverting helicopters and thus delaying the cruise ship airlift, the rescue centre added.

Two purpose-built vessels operated by the Norwegian Society for Sea Rescue had been forced to turn back due to the severe weather, the service said.

Waves were 6-8 metres high, with wind blowing at 24 metres per second, according to the Norwegian Meteorological Institute. The storm was expected to last at least until midnight local time (2300 GMT).

The stretch of water known as Hustadvika and surrounding areas are known for fierce weather and shallow waters dotted with reefs, and Norway is evaluating whether to build a giant ocean tunnel through a nearby mountain to improve safety.

The Viking Sky, built in 2017, belongs to Viking Ocean Cruises, part of the Viking Cruises group founded by Norwegian billionaire Torstein Hagen. According to the company's website, its passenger capacity is 930.

Several vessels and four helicopters took part in the rescue and facilities to receive passengers have been set up on land, the rescue service said.

All search and rescue teams in the region are mobilising, including 60 volunteers from the Norwegian Red Cross, a spokesman said.

Viking's operational headquarters, located in Basel, Switzerland, did not respond when contacted by telephone.