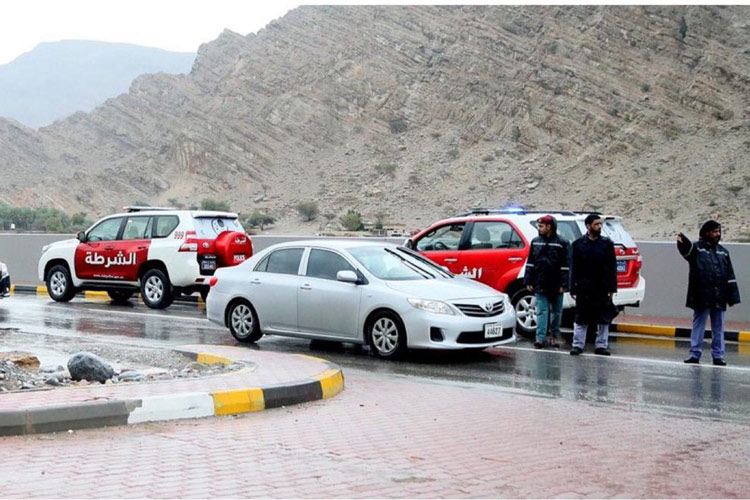 RAS AL KHAIMAH: The policeman Salem Hassan Al-Houti and his colleagues at the Traffic and Patrol Department of the Ras Al Khaimah Police rescued three families and a number of young men who got stuck in their cars due to bad weather.

Under the rainfall, amid strong winds, surface runoffs and water pools, on Sunday at midnight, in Wadi El-Bayh, Ras Al Khaimah, the brave cops pulled eight vehicles, which stuck in the valley and rescued the persons who were in them.

Due to such circumstances, the central operations room at the Ras Al Khaimah Police received 1,145 calls requesting help during the rainfall, the police said.