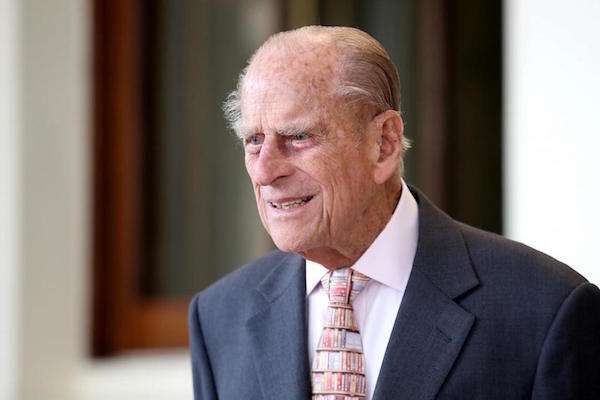 The newspaper published a copy of a letter written by the 97-year-old royal to Emma Fairweather, who broke her wrist when the Kia she was in collided with the prince's Land Rover.

"I would like you to know how very sorry I am for my part in the accident... I can only imagine that I failed to see the car coming, and I am very contrite about the consequences," said the letter, signed by Philip in blue pen.

The crash, which left the prince's vehicle on its side, happened as he pulled out of a side road onto a busy main road near the royal country residence in Norfolk, eastern England.

Philip was uninjured in the January 17 accident, while the driver of the Kia sustained cuts to the knee.

Fairweather, a passenger in the Kia, had complained to the Sunday Mirror last weekend that she had not received an apology from the prince.

"I was somewhat shaken after the accident, but I was greatly relieved that none of you were seriously injured," said Philip in the letter dated January 21, according to this Sunday's report.

"I have since learned that you suffered a broken arm. I am deeply sorry about this injury."

Philip, known for his forthright manner and off-colour jokes, retired from public life in 2017 and underwent a hip replacement operation last April.

The accident stirred up what The Sun described as Britain's "age-old debate" about whether and when the elderly should give up driving.

Images published the weekend following the crash appeared to show the prince behind the wheel of a replacement Land Rover Freelander on his wife Queen Elizabeth II's private Sandringham estate.