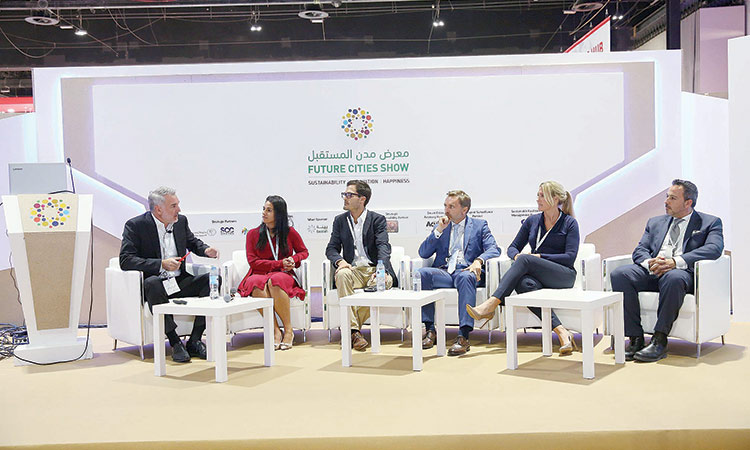 Next-generation technologies, including artificial intelligence and blockchain apart from IoT, are a main element of GCC’s economic diversification policies.

Dubai: Findings of a report titled ‘Role of Smart Cities for Economic Development’ estimate that the smart city concept has the potential to boost the economic development of global cities by over 5 per cent and deliver at least $20 trillion in additional economic benefits by 2026.

The numbers were released as discussions on the economic impact of smart cities have gained momentum amidst continued exponential technological advancements and innovations. These dialogues will take the centre stage anew at the upcoming Future Cities Show, which will take place from April 8th to 10th at the Dubai World Trade Centre under the theme ‘Propelling Globalisation through Digital Transformation.’

“We know of the substantial savings we can generate out of connected infrastructures and intelligent devices, especially in terms of energy and water consumption as well as maintenance and other support costs. In addition, we expect to witness many environmental sustainability benefits such as reduced carbon footprint − thereby enhancing public satisfaction and the quality of life of the people. All these make investing in smart cities a valuable and worthy endeavour,” said Dawood Al Shezawi, President of Strategic Marketing and Exhibitions, the organiser of the Future Cities Show, the only event that unites leaders to discuss solutions for a smart sustainable future.

The Internet of Things (IoT), a fundamental component of most smart cities, has, in particular, a potential economic value of $3.9 trillion to $11.1 trillion annually by 2025 as per the estimates of the McKinsey Global Institute. In the GCC region, a separate report conducted by A.T. Kearney showed that the value of the IoT solutions market during the same year will amount to $11 billion, creating a potential economic value of almost $160 billion.

“With the highest economic potentials of IoT and other technologies, the main force behind the economic performance of smart cities, there is a need to come up with practical models and strategies to fully realise these benefits as well as achieve unprecedented economic growth,” Al Shezawi added.

Next-generation technologies, including artificial intelligence and blockchain apart from IoT, are a main element of GCC’s economic diversification policies as the region prepares for a post-oil future. In the UAE, technological advancements form part of the government’s Vision 2021.

The third edition of the Future Cities Show will provide an international platform wherein investors, leaders, policy makers, and entrepreneurs can take a closer look at the real economic value of the cities of the future. It will also serve as a venue for government officials and private executives to engage in potential partnerships in line with the show’s objectives.

Cities of today are characterised by wide roads, parking lots of the size of football stadiums, and more. As we embrace this trend, our cultures become more sedentary and rates of obesity and heart disease increase. However, in recent times, people are becoming more conscious of its negative impact and are making efforts to undo decades of urban propaganda. As a result, there has been an evident increase in cities striving to become pedestrian friendly. Walking is the simplest, most cost-efficient way to improve a city’s economic and environmental viability, and it creates healthier, happier residents. Giving importance to walking can help designers build more inviting streets and allow cities to prioritise their people over cars. Walkable cities are better for the for the environment, people’s overall wellness, and positively impact levels of wealth.

A trend to look for ways to green our environments for aesthetic reasons as well as creating a more sustainable living environment is essential for architecture to respond. Large industrial buildings in industrial areas are prime areas for this trend response through the simple introduction of a second skin of a lightweight mesh where creepers can climb and eventually, cover dead blank walls with living green walls providing oxygen and removing carbon monoxide from the environment.

FCS is said to be the only show which unites leaders from various industries to interact, discuss, and showcase solutions for a smart sustainable future.

At FCS, latest technological projects will have the opportunity to secure medium to large scale investments, a bottom up approach that supports several initiatives and increases the chances for these technological solutions to be successful.