MBRL welcomes delegations and prominent achievers to its spaces - GulfToday

MBRL welcomes delegations and prominent achievers to its spaces 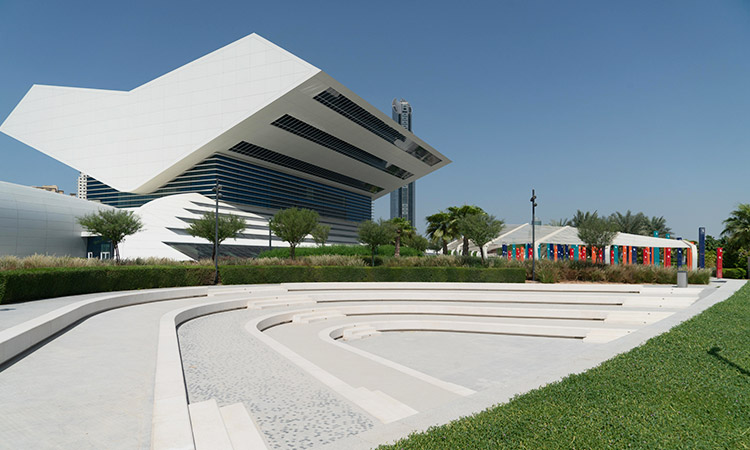 The Mohammed Bin Rashid Library with its wings unfolded.

The Mohammed Bin Rashid Library (MBRL) recently received a delegation from the Mohammed Bin Rashid Space Centre (MBRSC), led by Salem Al Marri, MBRSC Director General, to learn about the services the library offers to visitors, and view its collection of space-related books and references.

Mohammed Ahmad Al Murr, MBRL Foundation Chairman, welcomed the members of the delegation. He stressed the importance of creating channels for knowledge exchange with specialised research centres in the UAE, including MBRSC, which is leading the UAE’s national space sector.

During the visit, the delegation acquainted themselves with MBRL’s various facilities, services and libraries. They went on a tour through the UAE photography exhibition, a journey that recounts the UAE’s cultural, political and social development over the past fifty years. The delegation also visited the Treasures of the Library exhibition, which displays a collection of rare and old books, atlases and manuscripts, some of which date back to the 13th century. The visit included a briefing on the Library’s dedicated spaces for meetings. The subject of hosting of cultural and artistic festivals and conducting local and international film screenings, theatre performances and music concerts, was also discussed.

Library technologies feature an electronic retrieval system, self-service booths, a book digitisation lab, holograms, smart robots to answer visitors’ inquiries, along with the implementation of AR, VR, and other advanced technologies, with a special place for People of Determination.

Al Marri focused on the necessity of bolstering collaborative efforts between MBRSC and MBRL to exchange expertise in related fields. At the conclusion of the visit, the delegation presented MBRL a range of its publications, including one in Braille system, which sheds light on the Emirates Mars Mission (The Hope probe), the Arab world’s first mission to another planet. 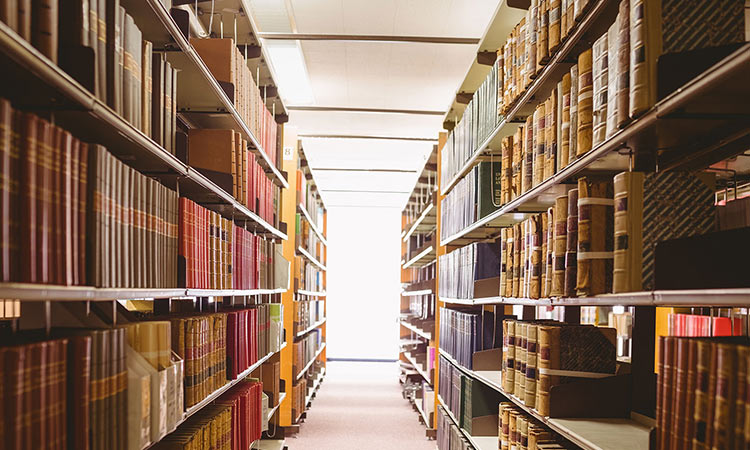 A corner in the Mohammed Bin Rashid Library.

The delegation discussed prospects of mutual collaboration, including educational activities about individual rights and obligations in the UAE. Welcoming the delegation, Al Murr emphasised the Library’s leading role in raising awareness on legal aspects, by providing a unique selection of books, references, periodicals and encyclopaedias to enrich the knowledge of visitors and members, particularly lawyers, students and legal scholars. Al Suwaidi said that MBRL’s knowledge treasures stand as a unique cultural landmark inspiring future generations to support the UAE’s comprehensive development in all fields. Noting the Library’s premium services, facilities, and legal books and resources, he praised MBRL’s major role in supporting the studies and researches of different scholars.

Due to its world-class facilities and services, the Library has also become an attractive destination for organisers of high-level events. In celebration of the Emirati Women’s Day that fell on August 28, MBRL organised the “Spirit of the Place” event, hosting Emirati poet, artist and film director Nujoom Al Ghanem, and Emirati lawyer Nadia Abdul Razaq, a distinguished private sector figure who founded her own company.

Both women have positively impacted Emirati society and achieved major milestones at local, regional, and international levels. The “Spirit of the Place” event was inaugurated with a panel discussion moderated by Emirati journalist Alia Bujsaim, and showcased inspiring stories of the participants’ success locally and globally, and the challenges and opportunities they faced within society.

In addition, the session highlighted the role of the UAE’s government and society in supporting Emirati women to achieve career excellence and overcome various challenges and exploring ways to ensure work/life balance. During the session, Al Ghanem highlighted her experience in the world of art and cinema, her success on the global stage, and the most prominent challenges she has faced in this field.

She also touched on her successful efforts to break the stereotypes of women in Emirati society. She has utilised her cultural vision to enhance the image of Emirati women, reflecting their creativity in different sectors. Al Ghanem also talked about her movie “Between Two Banks”, the first documentary film to represent the UAE at an international film festival, during the 1999 Yamagata International Documentary Film Festival in Japan.

She discussed the role of her films in shedding light on major Arab issues, and their participation in local, regional, and international film festivals. Razaq shared her experience in the UAE courts, taking on a position previously reserved for men, facing the challenges of this profession at the time, and ultimately succeeding in establishing her own company, while pursuing a Ph.D degree.

MBRL is one of the leading entities in terms of women empowerment, with female employees representing 65 per cent of its staff across various positions. MBRL also features many titles by Emirati female writers and novelists in several areas, such as criticism, poetry, literature, psychology, history, education, children’s literature and police sciences, among others.

The Library, built over more than 500,000 square feet, including land and floor spaces, is one of the most iconic buildings in the Middle East, with an architectural concept inspired by “The Rehl”, the traditional X-shaped lectern used across the Islamic world. 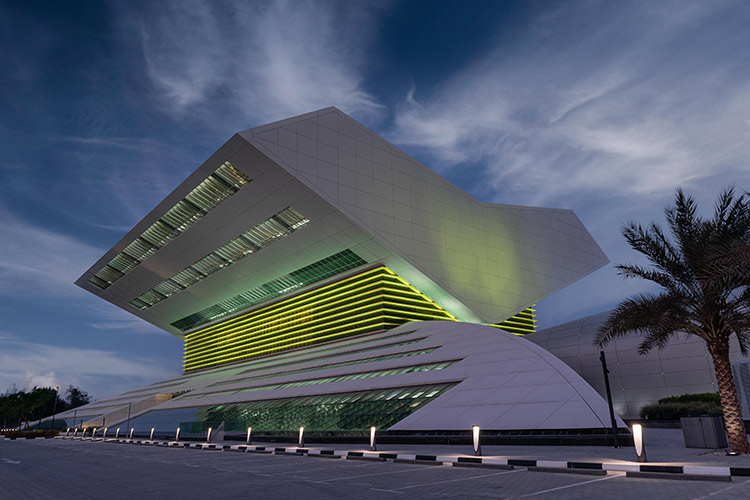 The region’s biggest library opened its doors for the visitors at 8:00am on Thursday. Built with an investment of Dhs1 billion, the Mohammed Bin Rashid Library aims to cultivate a culture of reading.