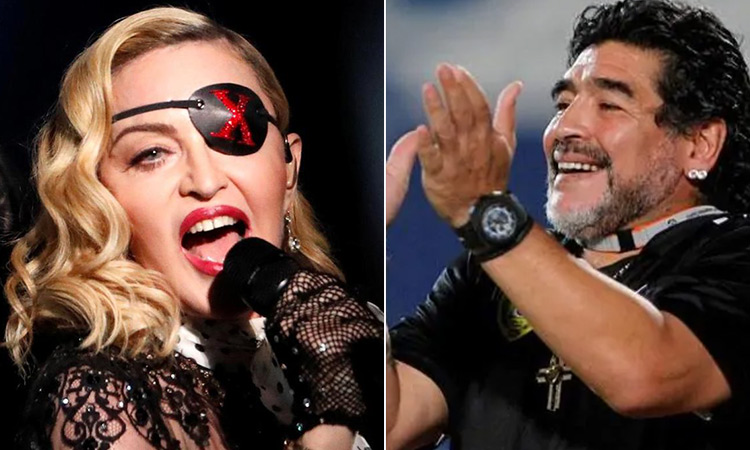 This is a cracker of a clanger. The death of iconic football wizard Diego Maradona has sent shock waves not just across Argentina but also throughout the world. Millions of fans in his home country have gone into mourning, with one fan reported to have said, ‘Argentina died today.’

However, another superstar also ‘died’ in the bargain. Australian fans wrongly thought that Madonna had died instead of Maradona, sending the world of social networking sites into a tizzy.

Grieving fans started mourning her death, thinking it was the voice behind the humdinger ‘Holiday’ who had left the world on a permanent holiday. 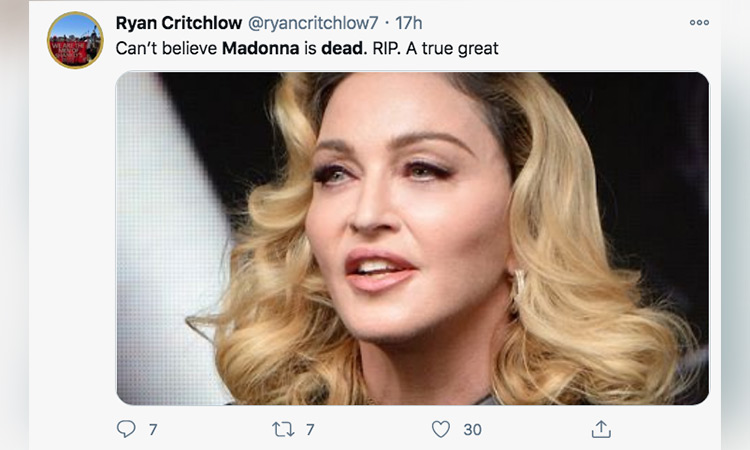 Madonna was trending on social media on Thursday morning.

According to reports in some sections of the media, RIP messages for the singer started flooding Twitter, before there was a host of tweets pointing out it was the sports star who had died. 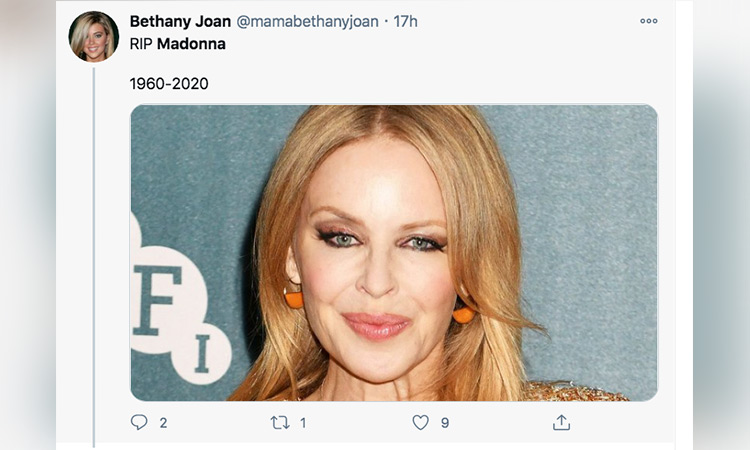 A recent report said pop music superstar Madonna would direct and co-write a movie about her life for Comcast Corp's CMCSA.O Universal Pictures, the studio said in a statement.

Madonna, 62, will team up with Oscar-winning screenwriter Diablo Cody on the script, Universal said.

The news of Maradona’s death was like a hammer blow to a nation beaten down by months of economic crisis and the coronavirus pandemic, but one where soccer is seen as a remedy for all ills. 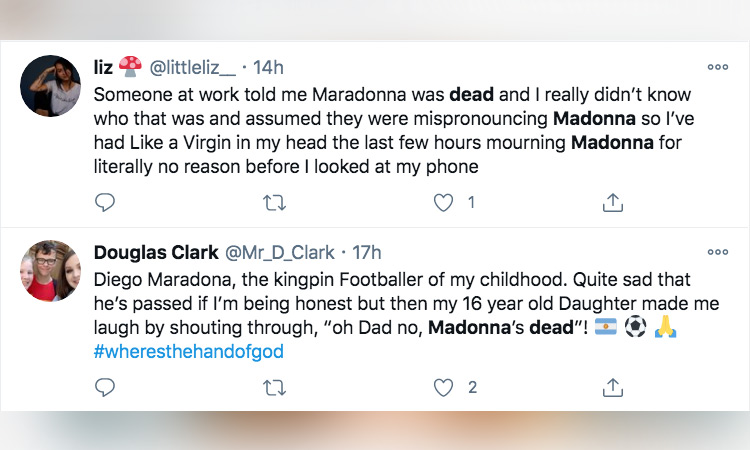 Buenos Aires exploded in cheers, horns, sirens and lights for the man who famously wore the number 10, after a viral social media message called for "one last applause."

The homage resounded throughout the night in all the neighborhoods of the Argentine capital.

At the Diego Maradona stadium, home to the Argentinos Juniors club where Maradona played as a child and made his debut as a professional player, fireworks were launched as a large crowd flooded the field to the cry of "Maradooo, Maradooo."

"I can't believe it. It's incredible. One thinks one gets through any storm, but no, everyone ends up being mortal. It feels like a bad dream. A joke," Francisco Salaverry, 28 said.

"Today's a bad day. A very sad day for all Argentines," President Alberto Fernandez summed up in an interview with sports channel TyC, after declaring three days of national mourning.

All around the city, the mourning had already begun as fans stood forlornly beside banners in homage to the Number 10, showing Maradona – who died aged 60 of a heart attack – in his dashing prime. 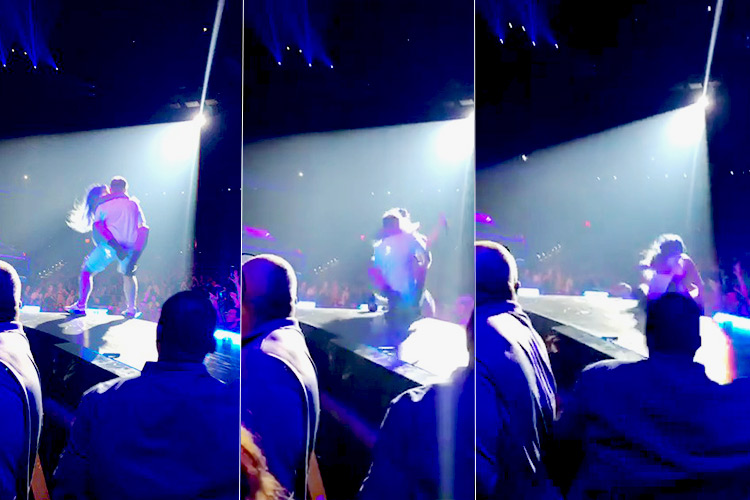 Lady Gaga shared a shot of her hand under the X-ray machine on Instagram, and informed fans that she has undergone thorough examination by the doctors after she and a fan took a tumble off the stage. 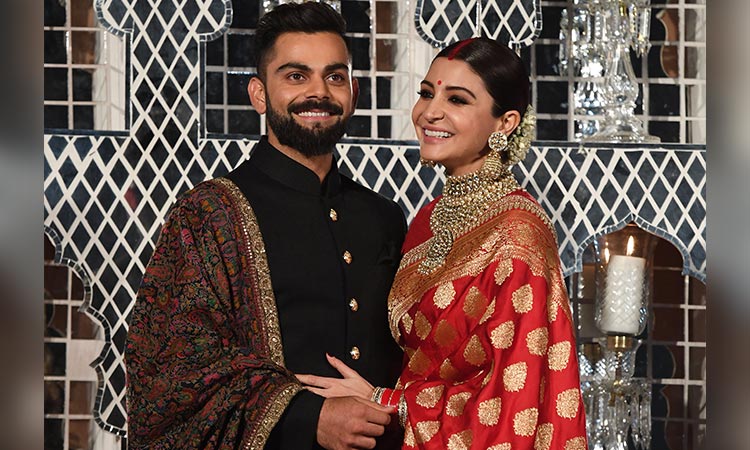 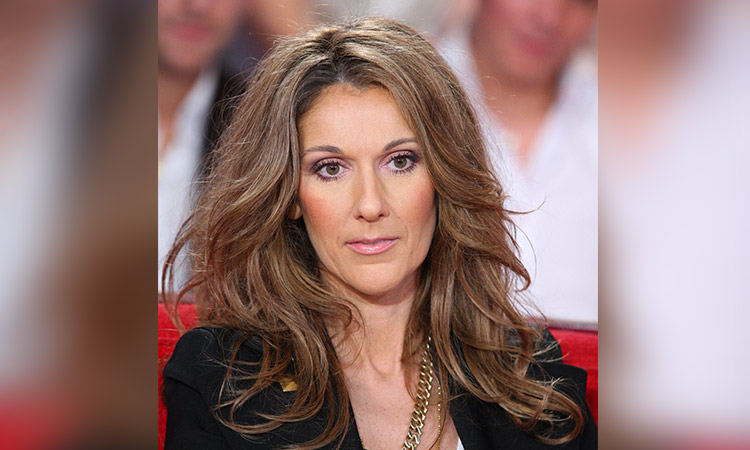